The first stage of the $2.1 billion Waterfront Brisbane development in Queensland will soon be under construction following the appointment of John Holland to deliver this transformative project.

The once-in-a-generation project by Dexus will revitalise the existing Waterfront Place and Eagle Street Pier precinct and turn it into a world-class tourist and business destination.

“This project will deliver an outstanding commercial and entertainment precinct for Brisbane as it emerges as one of Australia’s future cities.

“We look forward to creating an iconic precinct that will breathe new life into this prime riverside location, while attracting new investment and local and international tourists,” John Holland CEO Joe Barr said. 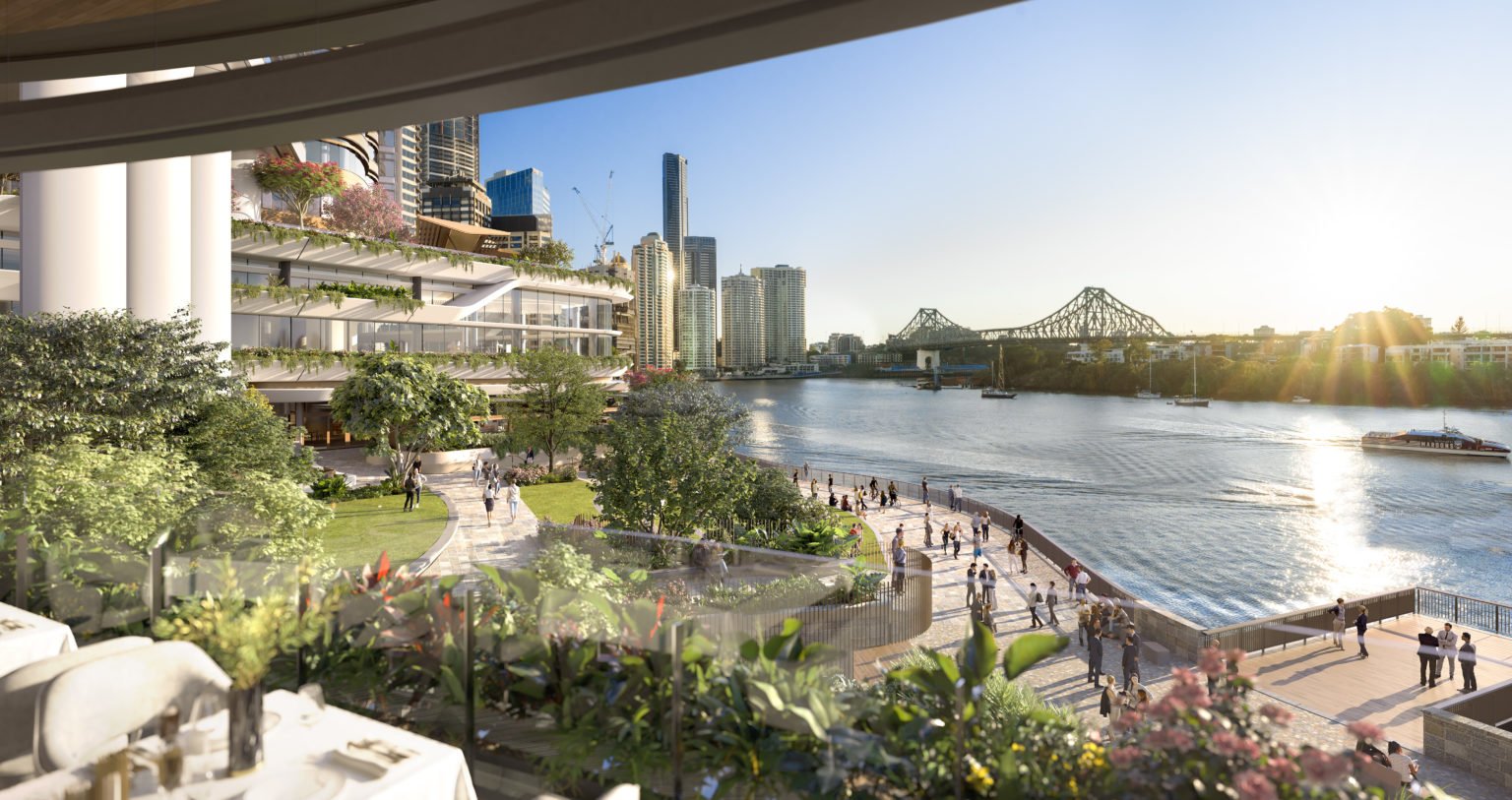 Waterfront Brisbane is going to be delivered in two stages with the first stage expected to begin construction this year and be completed in 2027.

The overall project will include:

Stage 1 of Waterfront Brisbane will deliver the North Tower that comprises of about 72,500-SQM NLA of premium-grade office space, new Riverwalk and public realm, and new integrated retail areas.

“Our clients trust us with the complex and unconventional. We provide Dexus with a combination of marine and building construction expertise supported by a team that knows live operational environments through working on major CBD projects across our building, rail and infrastructure businesses.

“We invest in our client’s success, and from the very beginning our team has taken the time to understand what is important to Dexus,” John Holland Executive General Manager Building & Development David Lehmann said.

Waterfront Brisbane is anticipated to support up to 1,000 jobs over the next decade during the project’s construction phase and an additional 900 jobs once operational.

John Holland has been chosen to deliver a significant part of the $2 billion Goulburn Murray Water (GMW) Connections Project in regional Victoria.

The South Australian section of the $2.3 billion Project EnergyConnect – also known as the SA-NSW Interconnector – has reached a new milestone with the award of two major construction contracts.