Developing a joint venture is more than just stringing company names together. A strong joint venture (JV) indicates the combined resources, knowledge and skills that make the consortium a comprehensive choice to complete the project.

Where a JV allows a brand that represents all parties involved, and not just the mega company, these tips can help.

The importance of building a unified front

Evaluation teams are trying to avoid broken promises. Believe it or not, this is often a paramount concern to cost.

Any whiff of internal conflict within the JV team persuades the selection committee to review your offer with caution. After all, no-one wants to be responsible for a project full of finger pointing, cost overruns and delays.

Why it's often an uphill battle to create

Joint ventures tend to take a decent amount of time to form, and are usually made official while the clock is already running. This delay puts the proposal team under the gun from the start because its regular proposal template and processes will not work for the JV. It needs to collect data from numerous people from different companies, many of whom have never interacted and are in different states and counties.


However, there are ways the proposal team can create a strong brand for a JV when the clock is counting down.

Steps to present a well-branded JV 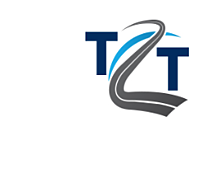 There's no perfect 1, 2, 3 or formula to unify numerous companies and their brands, and so they must determine the JV's brand on a project-by-project basis. However, a genuine joint venture will often bring companies together who have similar cultures, methodologies and processes. making the development of a strong brand easier.

It's important to know what the government wants to see in your marketing and joint-venture application to construct a project. After attending a QLD Government State Planning workshop on tendering for government, we've created this free eBook to highlight the three methods used by evaluation officers to consider your tender. Download today and make sure you're writing your next bid for those who are going to read it.

Ornatas - an Australian aquaculture company - has proposed to build a land-based Tropical Rock Lobster farm in North Queensland which will create up to 1,000 jobs for the region.

Minister of Planning, Richard Whynne announced the approval of the $200 million redevelopment of Melbourne's Wesley Church site. Despite the entire site listing on the Victorian Heritage Register, the Heritage Council has already granted the necessary demolition permit for some of the buildings on site, including the Princess Mary Club which will be recognised with a plaque.

Today the first sod has been turned for major works on the $384.24 million Cooroy to Curra Section C project which will widen the Bruce Highway to four lanes between the Traveston interchange and the proposed Woondum interchange, south of Gympie.