The significant Macquarie Point development in Tasmania has reached another critical milestone that pushes it further towards the delivery phase.

TasWater is now undertaking planning for the removal of the waste water treatment plant on site as this is a vital step in the development of Macquarie Point. The Tasmanian Government is also supporting this project through a $100 million funding commitment.

The planning works to date have identified that the best option to service greater Hobart is through the expansion of the existing treatment plant at Selfs Point in New Town, which is going to be supported by an Environmental Impact Study – a key component of the process for the Environmental Protection Authority to consider and approve the plan.

In 2019, extensive planning and rezoning work was carried out on the former industrial site to prepare it for the development phase of Macquarie Point.

Over the last three years, significant remediation works were delivered to remove “centuries of soil pollution and parcels of land have been taken to the market ready to develop”.

“An important component of this has been the work undertaken by TasWater on the waste water treatment plant, with tenders now ready to be released to market seeking partners to design a new sewage pump station and emergency storage; an interconnecting rising main between Macquarie Point and Selfs Point and a significant upgrade and expansion of the existing treatment plant at Selfs Point.

“I’d like to thank TasWater for its work to get to this important milestone, which signals another important step in the Macquarie Point development process,” Minister for State Development, Construction and Housing Guy Barnett said in a statement.

Decommissioning of the waste water treatment plant is expected to be completed by 2025. 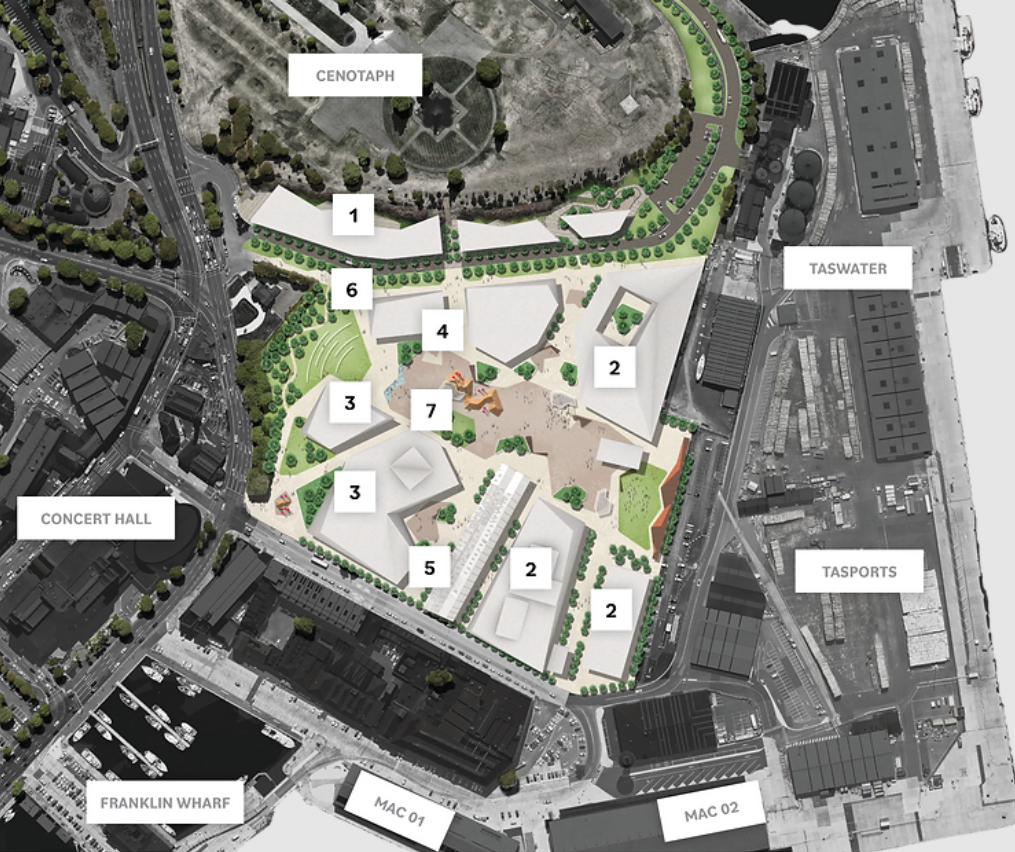 The seven precincts – or development zones – include:

Macquarie Point – or Mac Point – is Hobart’s premier development that is set to become an iconic destination that also has the potential to provide a boost in growth in commercial as well as cultural real estate and public space.

The Macquarie Point Development Corporation, established by the Tasmanian Government, will be responsible for both the remediation of the land and preparation of the project site for permanent development to occur.

Once major construction begins on the project, it is anticipated to generate up to 9,800 jobs.

Following positive industry response to the preferred design for the Melton highway road bridge in Melbourne's north west, the Level Crossing Removal Authority (LXRA) has shortlisted three companies to vie for the design and construction work.

Until very recently, years of lax controls allowed Melbourne – fuelled by local and overseas capital – to build apartments with four times the maximum density allowed in high-rise capitals like Hong Kong, New York and Tokyo. However, in early September, the state government imposed limits on the desnity of buildings developers can put on sites. It also made Melbourne's discretionary height limits mandatory. So how have Melbourne's developers adjusted? Many have made the switch to develop hotels, rather than residential towers.

Mining services contractor Watpac have successfully negotiated a $45 million extension to their Mount Magnet Gold Mine contract with Remelius Resources.