Major contracts awarded for Coburn mine development in WA

The development of Strandline Resources’ Coburn mineral sands project in Western Australia is progressing well with the appointment of a contractor to deliver a power generation facility at the mine site as well as the award of major contracts.

Contract Power Australia has been chosen as the preferred contractor to build, own and operate a 32MW hybrid gas and renewable energy solution that will provide clean power to the Coburn operations.

The power station is going to be located near the mineral separation plant.

This contractor appointment is in addition to the award of major contracts in August and September of this year.

In early August, Macmahon Holdings was awarded a $23 million contract to provide site-wide civil and bulk earthworks. The scope of works include a 43-kilometre bitumen sealed access road that will link the mine with the North West Coastal Highway; installation of other site roads; bulk earthworks pads; dams and drainage.

The first major contract awarded in September is a $21 million fixed-price contract for the design, procurement, construction and commissioning of three mobile dozer mining units for the Coburn mine. This contract has been awarded to Piacentini & Son. 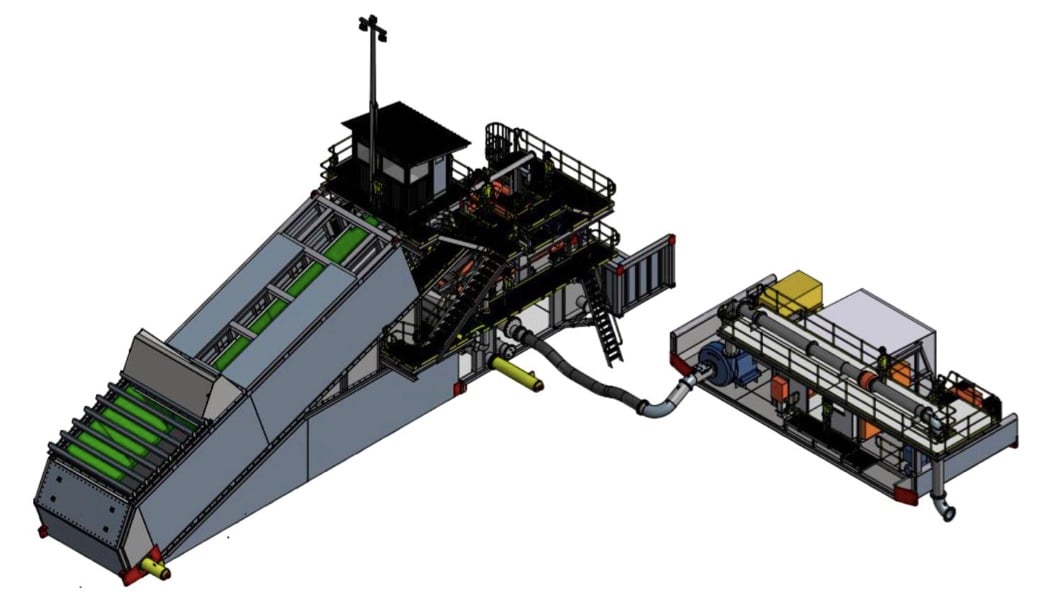 For the delivery of the turn-key solution, Primero Group is partnering with Mineral Technologies – a subsidiary of Downer Group.

The WCP will be utilised to beneficiate the heavy minerals – such as ilmenite, leucoxene, rutile, zircon and monazite – and reject the non-valuable, lighter minerals through a multi-stage gravity separation and classification process. The WCP is designed to be relocatable and is planned to be moved several times over Coburn’s mine life.

The Coburn Heavy Mineral Sands Project is located approximately 240 kilometres north of the mineral export port of Geraldton and it is expected to have an initial mine life of 22.5 years with a planned mining rate of 23.4Mtpa of ore.

Major construction on the $1 billion Olive Downs Coking Coal Project in Central Queensland is one step closer to commencing as Pembroke Resources secures the Environmental Authority (EA) from the Department of Environment and Science.

Anglo American’s Board has given the approval to develop the Aquila Hard Coking Coal project located in the Bowen Basin near Middlemount in Central Queensland, extending the mine life of the Capcoal underground / Grasstree mine operations for another six years.