Following the appointment of McConnell Dowell as the preferred contractor along with the award of an Early Activities Agreement in late December 2021, the company has now officially signed a Design and Construct contract for the project.

“We’ve done a significant amount of work over the past two years to get the project to a position where we are ready to start building.

The contractor has spent the past six months refining the chosen design for the new Bridgewater Bridge while also preparing to begin works on what will be Tasmania’s largest ever transport infrastructure project to date.

McConnell Dowell’s chosen design features a new four-lane bridge to be built downstream the existing bridge, enhanced interchanges at both ends of the bridge, and a dedicated shared pathway for pedestrians and cyclists.

“This is an exciting project for the people of Tasmania, and the McConnell Dowell team. Designing and constructing city-shaping infrastructure that improves people’s lives is the essence of our business. This project is a fantastic example of that.

“We look forward to working with the Tasmanian Government, local industry and the community to complete the missing link in the state’s national highway; and improve the safety, amenity and connectivity of the local area,” McConnell Dowell CEO Scott Cummins said.

The current construction plans for the project are the result of extensive design work, planning as well as community engagement in finding the best solution that will meet the long-term needs of the community.

The new bridge will fill the missing link in the State’s National Highway network, and it will also improve connections at Bridgewater and Granton.

Once complete, the project will help remove the notorious bottleneck at the Granton roundabout while also providing the thousands of vehicles that use the bridge daily with free-flowing access to the Brooker Highway, Lyell Highway and Midland Highway.

The multi-million-dollar project will also include constructing a new ramp from Boyer Road onto the bridge for easier access for local traffic that want to travel south. On the other hand, Gunn Street is going to link with Old Main Road under the new bridge to create a continuous connection with more open space.

A dedicated slip lane from the Brooker Highway onto the Lyell Highway is also going to be built on the southern side of the river to provide an uninterrupted journey from Hobart to New Norfolk.

This major infrastructure project will focus on creating jobs as well as supporting Tasmanian industry by engaging with several Tasmanian organisations to assist with project delivery.

The New Bridgewater Bridge Project is anticipated to create more than 200 new jobs for Tasmanians alongside the upskilling of local workers. Over its life, the project will support over 800 direct and indirect jobs.

Major construction on the New Bridgewater Bridge Project is due to begin later this year, with the new crossing opening to traffic by the end of 2024. 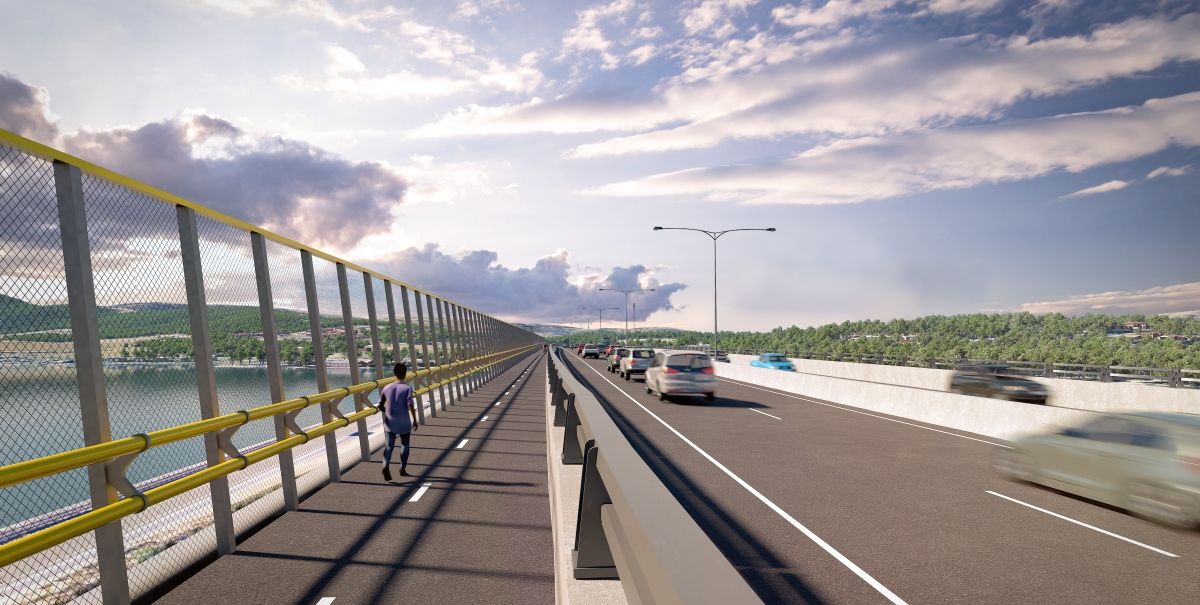 A set of design requirements was agreed upon by the Tasmanian Government in mid-2020. These requirements have to be incorporated into the design of the new bridge, and the design developed by McConnell Dowell meets all the requirements.

The design requirements are:

Major construction on the new Bridgewater Bridge in Tasmania is on track to beginning later this year following the project securing planning approval from the independent Major Project Assessment Panel that was appointed by the Tasmanian Planning Commission.