A $560 million cobalt project in New South Wales is on its way to beginning development following the grant of Major Project Status by the Australian Government.

Cobalt Blue Holdings’ (COB) Broken Hill Cobalt Project (BHCP) is set to become one of the largest producers of cobalt in the world and it is anticipated to help elevate Australia to rank second in the list of global cobalt producers.

“Granting Major Project Status to the Broken Hill Cobalt Project will greatly assist COB to raise development capital by recognising the strategic importance given to this Project by the Australian Government. This milestone is critically important for overseas partners and well timed in our development journey. COB can now boast both Made in Australia and Backed by Australia,” Cobalt Blue Holdings CEO Joe Kaderavek said.

The Major Project Status will also help facilitate the project through Federal regulatory approvals needed for its development.

Broken Hill Cobalt Project is set to have an integrated mining and refinery operation that is estimated to produce 16,700 tonnes of high quality, battery ready cobalt sulphate annually by utilising the company’s proprietary technological processing method.

In addition, the cobalt project will also produce 300,000 tonnes of elemental sulphur each year, helping “reduce Australia’s dependence on imports for fertiliser production”. 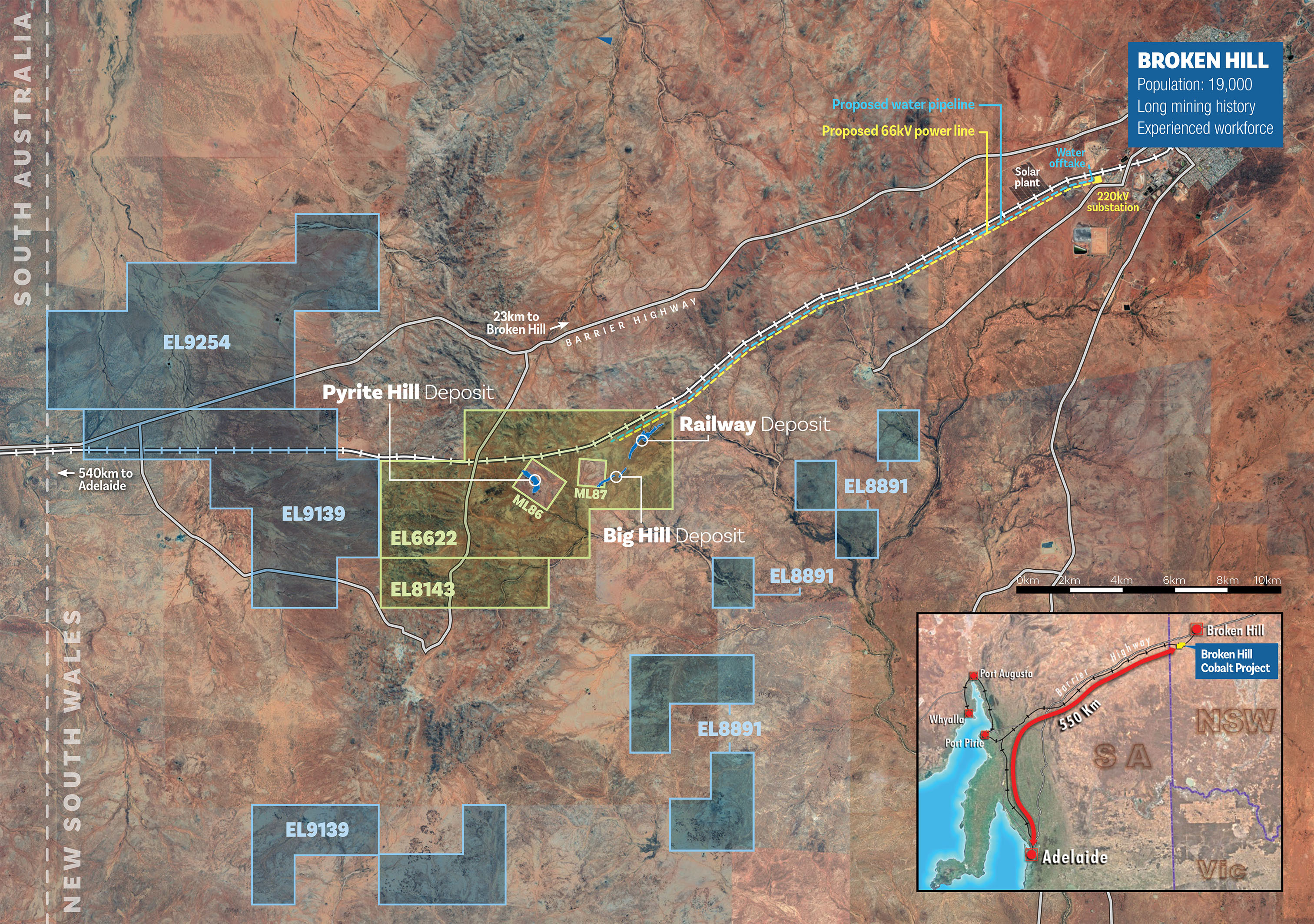 Located approximately 25 kilometres southwest of Broken Hill in far western New South Wales, the Broken Hill Cobalt Project is set to support the growth in the historic NSW mining town as well as its surrounding regions through the delivery of up to 450 jobs during its two-year construction phase and about 410 jobs annually once fully operational.

“The Broken Hill Cobalt Project’s pilot plant has already produced samples for shipping to battery precursor manufacturers across the country and world – and now we’re helping to supercharge its potential.

“This mine will not only help the surrounding regional communities in and around Broken Hill, it will also help power the growing battery industry and reduce emissions,” Minister for Industry, Energy and Emissions Reduction Angus Taylor said.

By granting Major Project Status to the Broken Hill Cobalt Project, the Australian Government acknowledges it as a key national project and formally recognises its “national economic implications” through the project’s potential contribution to growth, productivity, government revenuer, industry as well as regional development.

“Once operational, the Broken Hill Cobalt Project will further open up new opportunities for Australian resources exports, especially given the incredible demand for high quality cobalt.

“We have tremendous rich reserves of cobalt and projects such as this one will allow us to take full advantage of them,” Minister for Resources and Water Keith Pitt said.

Local content to be priorities in Sconi mine development in QLD

13 acres of freehold land within the town of Greenvale in North Queensland has been purchased by Australian Mines Limited to support the development of the company’s wholly-owned Sconi cobalt-nickel-scandium project.

The final design for the $560 million duplication of Main South Road and Victor Harbor Road in South Australia has been revealed following an extensive stakeholder and community consultation.

A new large-scale renewable energy project is set to be delivered in Tasmania following the granting of Major Project status to the North East Wind Project by the State Government.