Four years since major construction commenced, the massive West Gate Tunnel Project in Victoria is progressing well and has marked another major milestone with the second tunnel boring machine (TBM) now in the ground.

TBM Vida will take 12 months to complete her journey digging the 2.8-kilometre inbound tunnel that will meet up with the West Gate Freeway just west of Williamstown Road.

On the other hand, TBM Bella commenced work on the 4-kilometre outbound tunnel in March.

The two TBMs are considered the largest in the Southern Hemisphere with each measuring 15.6 metres in diameter, 90 metres in length and about 4,000 tonnes in weight – comparable to about 20 Boeing 747 airplanes.

The TBMs are equipped with state-of-the-art computerised navigation systems, enabling them to dig an average of 9 metres a day deep underground with little to no disturbance above the ground.

A highly trained specialist crew will be piloting the TBMs around the clock while the twin tunnels are being built.

A statement from Victoria’s Big Build said: “The best local and international talent have been recruited to build the West Gate Tunnels, including a diverse team of experts in hydraulics, mechanical engineering, tunnelling systems and electrical.” 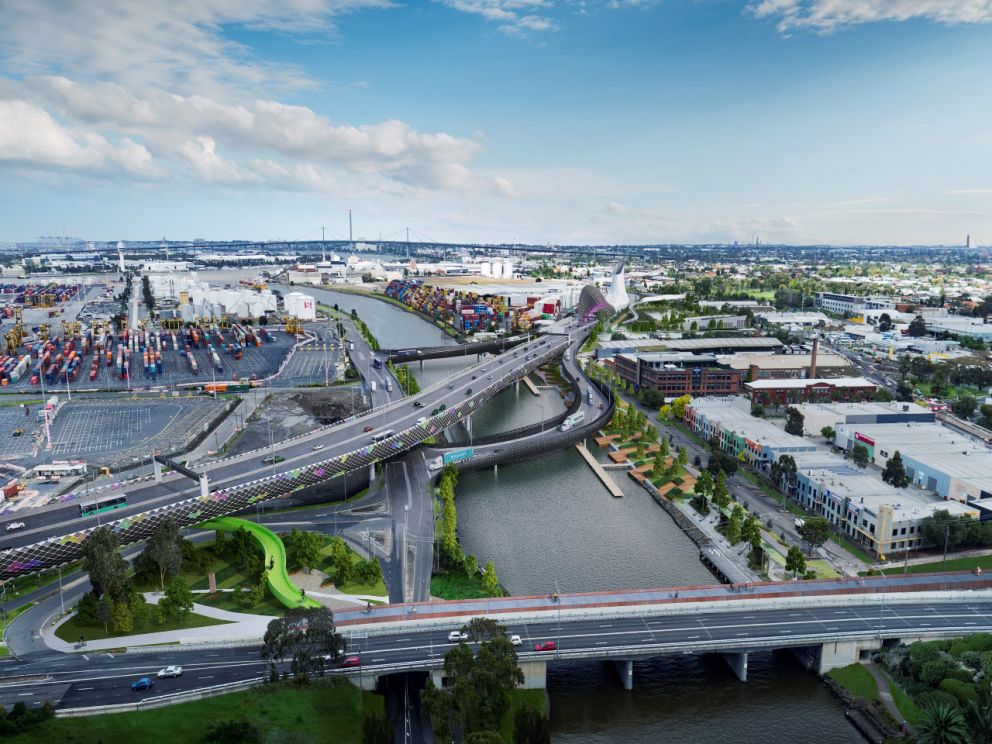 The West Gate Tunnel Project is one of three interrelated projects, including the Monash Freeway Upgrade and Webb Dock access improvements – both completed in 2018.

The project is due to be completed in 2025 and it will provide a vital alternative route to the West Gate Bridge with a much-needed second river crossing that will make journeys quicker and safer as well as remove thousands of trucks from residential streets.

This massive road transport infrastructure is being delivered through a partnership between the Victorian Government and Transurban, and is being built by the CPB Contractors and John Holland Joint Venture (CPBJH JV).

The construction of the West Gate Tunnel Project is expected to create 6,000 jobs across Victoria, including more than 500 opportunities for apprentices, trainees and cadets.

Construction on a huge tunnelling hub that will reduce noise and dust during the construction of the massive West Gate Tunnel has commenced in Yarraville.

The multi-billion dollar West Gate Tunnel Project (WGTP) in Victoria is progressing well, with the completion of massive shed that is set to be the centre of construction activity and tunnelling activities to commence soon.

More works are set to get underway in the inner west part of the West Gate Tunnel project in Victoria as an $11 million package of community upgrades was announced.