Where are Melbourne's strategic growth centres?

Melbourne's crane index is a great indicator of the growth of the construction industry, and which areas we can expect to see ongoing building work. Melbourne's key crane hotspots are the CBD, Carlton, Caulfield, Chadstone, Docklands, Toorak and Southbank. These areas will increase the number of projects to tender on and increase Melbourne's plant hire numbers. 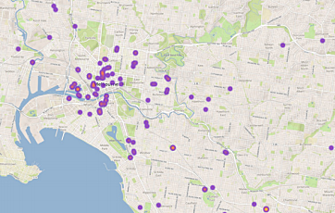 Tooak Park, a new neighbourhood currently being constructed in one of Melbourne's most affluent and sort after suburbs, Armadale. The neighbourhood will include active open spaces, 448 apartments, 16 townhouses, a pool, gym and a Bluestone plaza with a cafe and convenience store. The project will transform 2.5 hectares to connect current amenities and the leafy suburbs of Armadale. The project is already underway and estimated completion is late 2018.

The development of Chadstone Shopping Centre will see the addition of a 10 level office tower, basement car parking and major luxury retail extension. This project will add 60,000 square meters to the shopping centre. The project is already underway with expected staged openings expected for mid 2017. 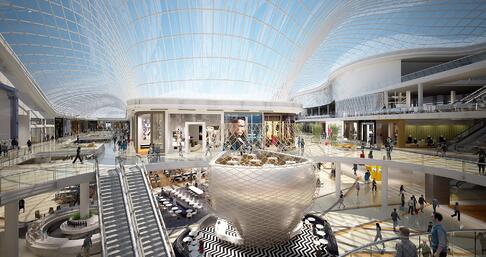 The vision behind Harbour Esplanade is for it to be a primary public space in the Docklands, allowing people to experience Melbourne's rich industrial heritage along a fine waterfront boulevard. Stage one is already complete, realigning the tram track, creating pedestrian and cyclist paths and planting Norfolk Island Pines.

Stage two is underway, the removal of four raised concrete wharves along the Esplanade is already completed. In order to create interest and activity around the Harbour Esplanade during development, a glasshouse with a cafe and edible plant installations has been built.

Stage three is set to deliver an eight metre wide waterfront promenade which stretches along the length of the Esplanade divided into seven zones, each adding something unique to the Esplanade. 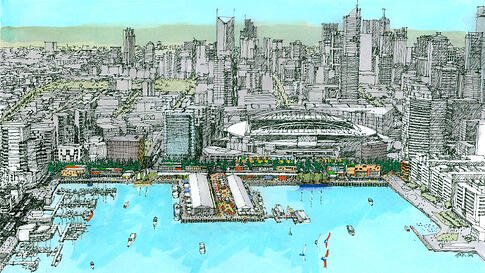 Interested in working in one of Melbourne's construction hotspots? Prepare a winning tender application by understanding what tender assessors are looking for. Hiring local suppliers can help improve your bid, check out this free eBook to see why Melbourne equipment hire might help you win your next project.

Mirvac has turned the first sod to signal the beginning of construction on the $300 million residential tower at Melbourne’s Yarra’s Edge precinct. This development is anticipated to support up to 2,000 jobs as well as create homes for about 3,000 residents.

Probuild and ISPT have launched a $150 million mixed-use tower at 271 Spring Street, in Melbourne’s CBD. This project will be the new headquarters for Australian Unity, the national health, wealth and living company.