The Lakelands Station – Perth's 10th METRONET station – is due to begin construction later this year as it marks a new milestone with the release of the first images for the station design.

The new Lakelands Station is going to be located approximately 7 kilometres north of Mandurah Station and lies between the Mandurah Line's Warnbro and Mandurah stations.

“Our investment in targeted infrastructure projects like METRONET is helping reshape Perth and providing a boost to local jobs and the economy,” Federal Minister for Communications, Urban Infrastructure, Cities and the Arts Paul Fletcher said.

This new METRONET station will feature: 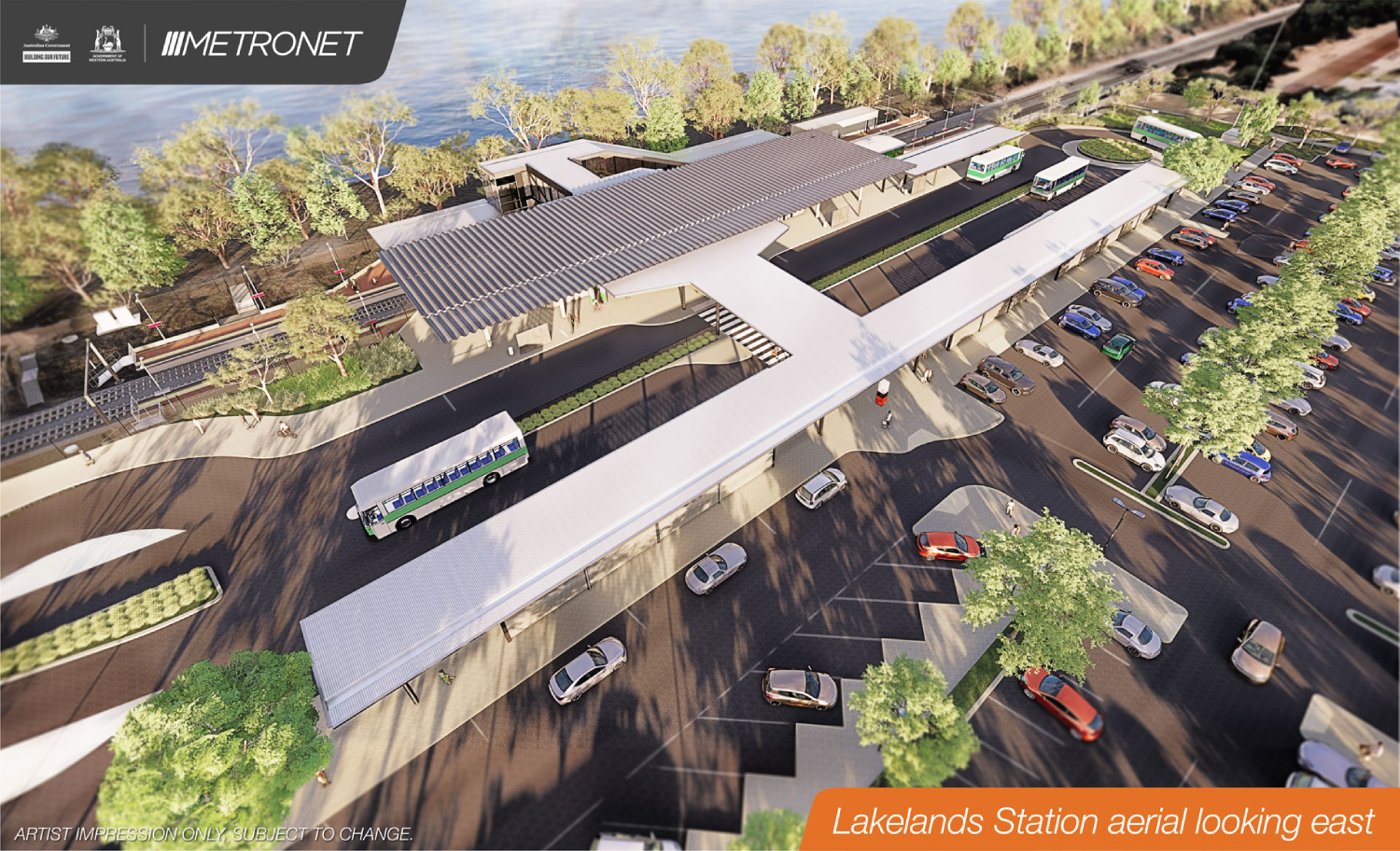 The Lakelands Station is also going to be ‘future-proofed’ to enable additional facilities such as escalators, more lifts, a kiosk, fare gates and a customer service office to be added if necessary.

ADCO Constructions was awarded the design and construction contract in January of this year.

Works on the new Lakelands Station is expected to begin in July and this project is anticipated to support up to 200 jobs during the construction phase.

“Coming out of the COVID-19 pandemic, it's important we have a pipeline of work available for local businesses and local workers.

“When construction starts in July, Lakelands Station will be our tenth METRONET project underway and is anticipated to create and support up to 200 local jobs,” Transport Minister Rita Saffioti said.

When the new Lakelands Station opens, it will be servicing the growing suburbs of Lakelands, Madora Bay, Meadow Springs and other surrounding areas.

In addition, works are progressing well on the $32 million METRONET Mandurah Station multi-storey car park and construction has now reached halfway. Once completed, it will help increase the station's parking capacity to up to 1,800 bays.

The Mandurah Station car park is being delivered by Balcatta-based company PS Structures Pty Ltd and the project is expected to support up to 120 local jobs.

The new Lakelands Station and multi-storey Mandurah Station car park is jointly funded by the Australian and Western Australian Governments.

“Adding a new station at Lakelands and increasing parking capacity at Mandurah Station will mean more people will be able to access and catch the train to and from Perth,” Premier Mark McGowan said.

“Along with the Mandurah community, I'm excited to see the new Lakelands Station and the Mandurah Station Car Park upgrade become a reality,” Federal Member for Canning Andrew Hastie said.

Major construction on New South Wales’ $2.1 billion M1 Pacific Motorway extension to Raymond Terrace is a step closer to beginning following the announcement of the preferred contractors for the southern and northern sections of the project in December 2022.

The proposed $1 billion redevelopment of Victoria’s Melbourne Cricket Grounds (MCG) is a step closer to becoming a reality as the project marks new milestones with a concept image revealed and funding secured for the business case.