This project is part of a series of works on the Newell Highway that will improve safety as well as help boost freight productivity and reduce travel times between the Victorian and Queensland borders.

“This is a major upgrade for the Newell Highway, with the Victoria Street Bridge providing access for locals across the bypass.

“The upgrades will also include a pedestrian and cycle path which will make commuting from the western side of the town easier and safer for residents,” Deputy Prime Minister and Minister for Infrastructure, Transport and Regional Development Barnaby Joyce said.

Construction on the multi-million-dollar Parkes Bypass project commenced in November last year and the local community is going to be excited to see works progressing on to the next stage.

“To ensure work is completed safely, Victoria Street will be closed between Moulden Street and Reedsdale Road from Monday, 31 January, with traffic detoured via Ross Road and Condobolin Road.

“We expect the bridge to be completed in April next year so we thank Parkes residents for their patience while the essential work gets underway,” New South Wales Minister for Regional Transport and Roads Sam Farraway said.

According to Federal Member for Riverina Michael McCormack, Parkes Bypass will be providing benefits to both locals and freight operators once it opens to traffic in 2024.

“In the meantime, 350 jobs will be supported while work is going, bringing extra trade to businesses across Parkes and beyond,” Mr McCormack said.

Early works on the new Victoria Street Bridge will begin on 1st February and it will include excavation and removal of material between Condobolin Road and Thomas Steet. 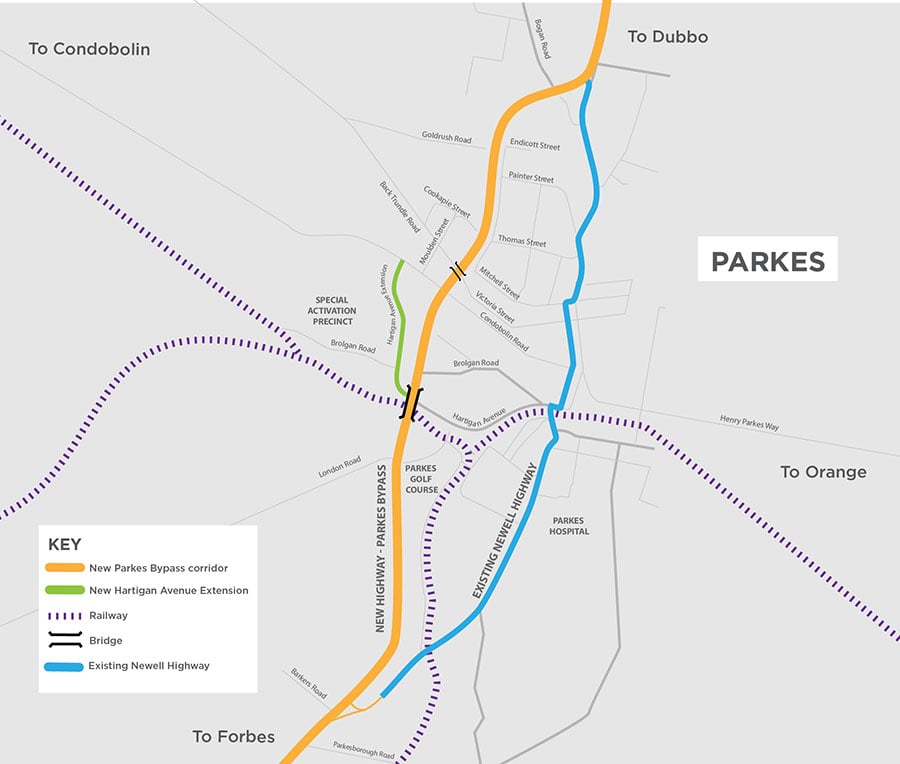 The Parkes Bypass project will deliver a new 10.5-kilometre highway west of Parkes and it will feature:

Local contractors & suppliers to be prioritised for Parkes Bypass work

Following the release of tenders to market last month, local contractors are now encouraged to get involved in the delivery of the $187.2 million Parkes Bypass project in New South Wales.