The development of the Western Sydney International (Nancy-Bird Walton) Airport in New South Wales is progressing well as it marks new major milestones with the announcement of a builder to undertake construction of the airport terminal as well as the unveiling of its final design.

“This will be Australia’s best airport terminal, unlike anything seen before in this country.

“It sets a new benchmark for what Australians will expect when they fly,” Western Sydney Airport CEO Simon Hickey said.

Following a competitive procurement process, Multiplex has been appointed to deliver the airport terminal and specialty services. This includes the main terminal, apron and airport facilities that can cater to up to 10 million passengers annually.

Multiplex will undertake the final design and all construction work within the terminal precinct such as the terminal building, plaza, connections to the Metro rail station, bus station, taxi ranks and car parks, roads footpaths and external ancillary buildings and services.

For this project, Multiplex will be working with architects Woods Bagot, engineering firm Arup and specialist aviation consultants Airbiz.

“We are thrilled to be appointed to this incredible city-changing project and excited to being this long-awaited piece of infrastructure to life. The airport will be at the centre of the Western Sydney Aerotropolis that will generate economic activity and local employment for the Western Sydney region, as well as meet Sydney’s growing aviation needs.

“We will be engaging local suppliers across a range of trades, and working closely with them to minimise risk and ensure the highest level of safety on site,” Multiplex Regional Managing Director NSW David Ghannoum said.

Throughout the design phase of the terminal, Aboriginal communities were consulted regarding design elements of the project.

Sustainable design options were a priority for the airport terminal, drawing on natural light and airflows that will deliver energy efficiency as well as help reduce carbon emissions.

Key design elements from the initial concepts have been retained while the final design will deliver “the best customer outcomes in the context of a strong regional identity that is unmistakably at home in Western Sydney”.

“A connection to Country will be reflected across both the departures and arrivals, ensuring the terminal has an authentic sense of place in Dharug country.

“A climate responsive façade with ample shading and high-performance glass will ensure less energy is needed to keep the terminal a comfortable temperature all year round,” Mr Hickey said. 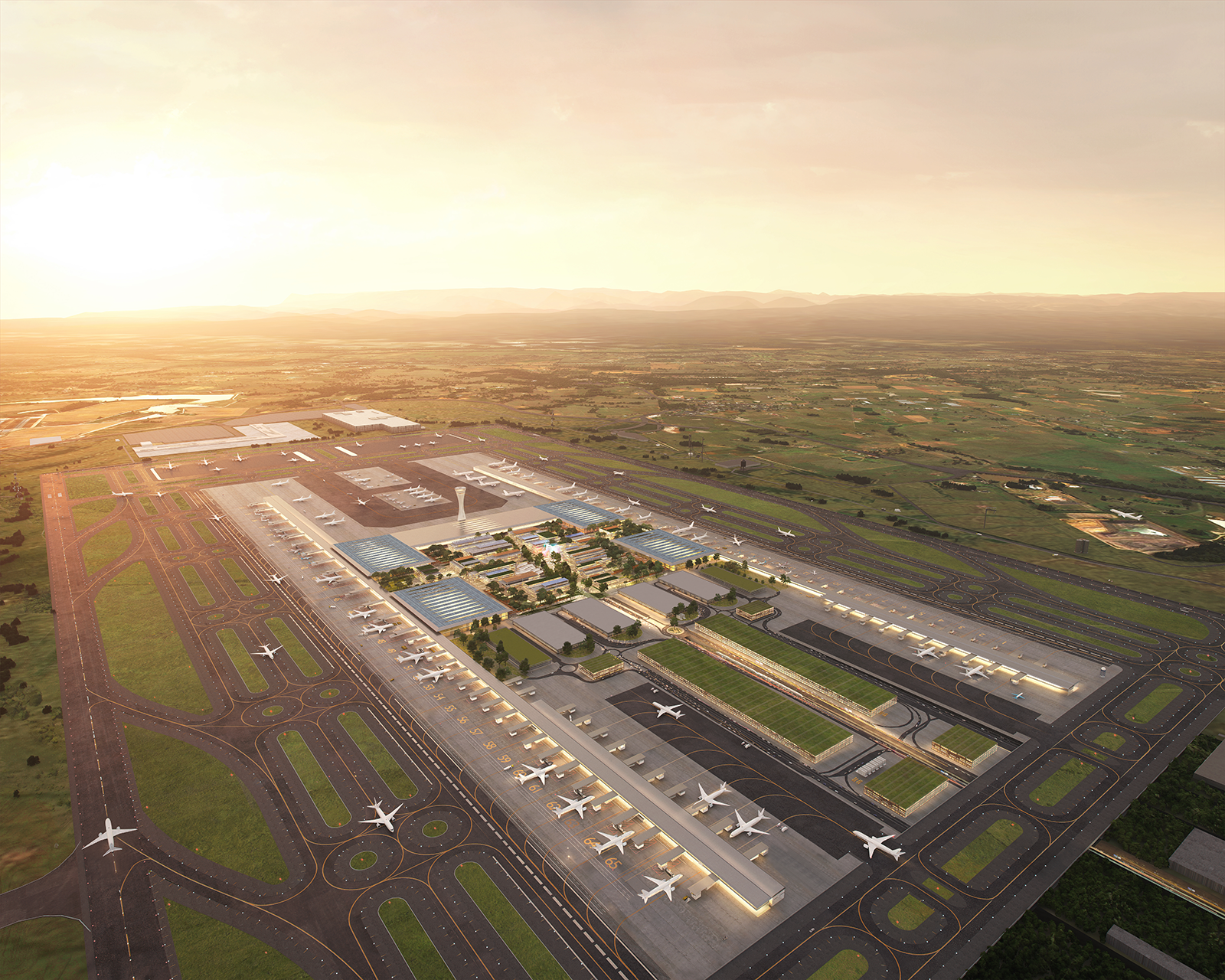 The forecourt at the terminal precinct will have gardens featuring local native plants as well as provide spaces that can be used for local produce markets, festivals and community events.

Construction of the terminal is anticipated to create over 1,400 direct jobs and thousands of indirect jobs through flow-on benefits to the local economy and suppliers. These jobs are in addition to the jobs already generated by earthworks, runway construction and other associated works such as civil and building works across the 1,780-hectare project site.

Major works on the airport terminal is expected to commence at the end of this year.

The Western Sydney International (Nancy-Bird Walton) Airport is on track to be operational by late 2026.

Major tunnelling works to start on Sydney's $3b NorthConnex project

The Australian and NSW governments have announced that major tunnelling works on Sydney's NorthConnex project are due to begin in April, with final preparatory works now well advanced.

Major works on the Western Sydney Airport at Badgerys Creek is getting closer to take off, with a major contract award and the announcement of shortlisted bidders for the first bulk earthworks package that will prepare the site for construction.

Central Coast Council is moving forward with the delivery of a $61 million pipeline project between Mardi and Warnervale in New South Wales with the construction contract awarded to joint venture partners Spiecapag Australia and Seymour Whyte.