A new Victor Harbor Causeway - also known as the Granite Island Causeway - in South Australia is in the works and plans as well as designs for the project has been released for consultation.

City of Victor Harbor CEO Victoria MacKirdy said: “We will be assessing and making comment on the design plans as they are made available and would encourage anyone else to do so too.”

The design for the new Causeway will have a different alignment from the existing one. During the construction of the new Victor Harbor Causeway, the current Causeway will temporarily remain open for public use. 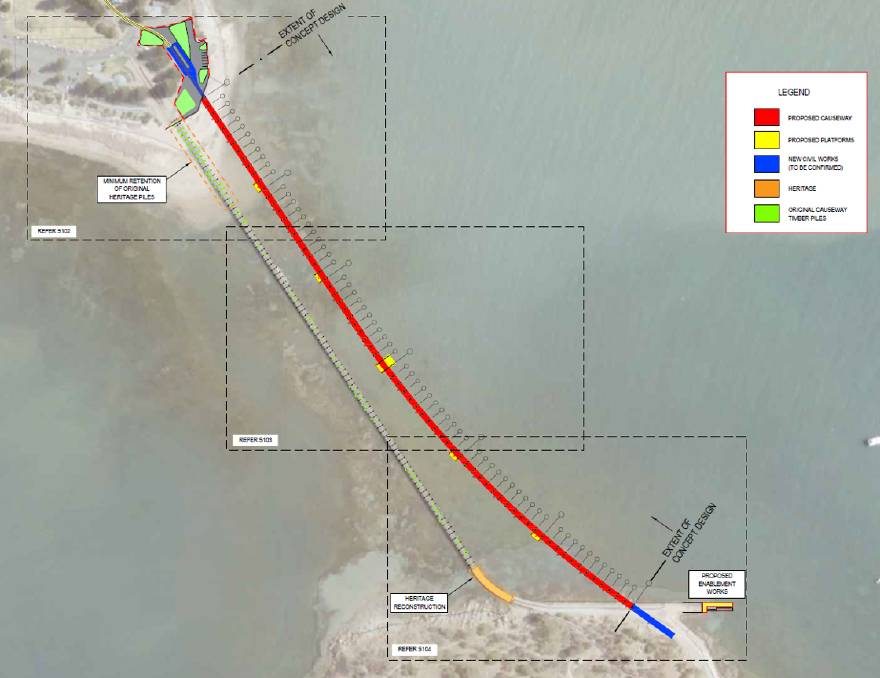 The final cost to deliver this project is set to be finalised through the design phase. The project is anticipated to be completed by late 2021.

The South Australian Government has committed $20 million towards this project through the 2019-20 State Budget. This investment is part of the $1.115 billion regional roads and infrastructure program.

“The Marshall Government is investing in regional infrastructure and has secured the future of the Granite Island Causeway.

“The new and improved Granite Island Causeway, along with the Island itself, will continue to be an iconic tourism drawcard for the region,” Minister for Transport, Infrastructure and Local Government Stephan Knoll said.

The existing Causeway has been standing for 150 years and is an iconic tourism infrastructure in the State. It has been one of the major “tourism drawcards” for Victor Harbor as well as for the broader Fleurieu Peninsula region.

“So many local businesses rely on tourism dollars to make their livelihoods, support their families and create local jobs.

The duplication of the Tasman Highway causeways as well as the construction of a new bridge are now fully funded after the Australian Government commits $150 million and the Tasmanian Government adding $37 million to deliver these South East Traffic Solution projects.

A new pedestrian and cyclist bridge crossing the Swan River in Western Australia will soon be built with Expressions of Interest now out to market to find a contractor to undertake its construction.

The local community is urged to provide feedback on the proposed alignments for the duplication of the Midway Point – which includes McGee’s Bridge – as well as Sorell causeways in Tasmania.