The design concepts released features landscaping ideas, innovative Aboriginal art as well as shared walking and cycling paths spread out across 81 hectares of roadside corridor between Cecil Hills to Luddenham.

“The Morrison Government has committed $1.6 billion to deliver the M12, which is expected to create better access to the new Western Sydney International (Nancy-Bird Walton) Airport and enable investment in job-creating industries across the region.

“The M12 is one of many significant infrastructure projects that the Commonwealth is funding to help attract businesses, jobs and investment to western Sydney, along with efficient transport connections and well-planned urban spaces for its residents,” Federal Minister for Communications, Urban Infrastructure, Cities and the Arts Paul Fletcher MP said. 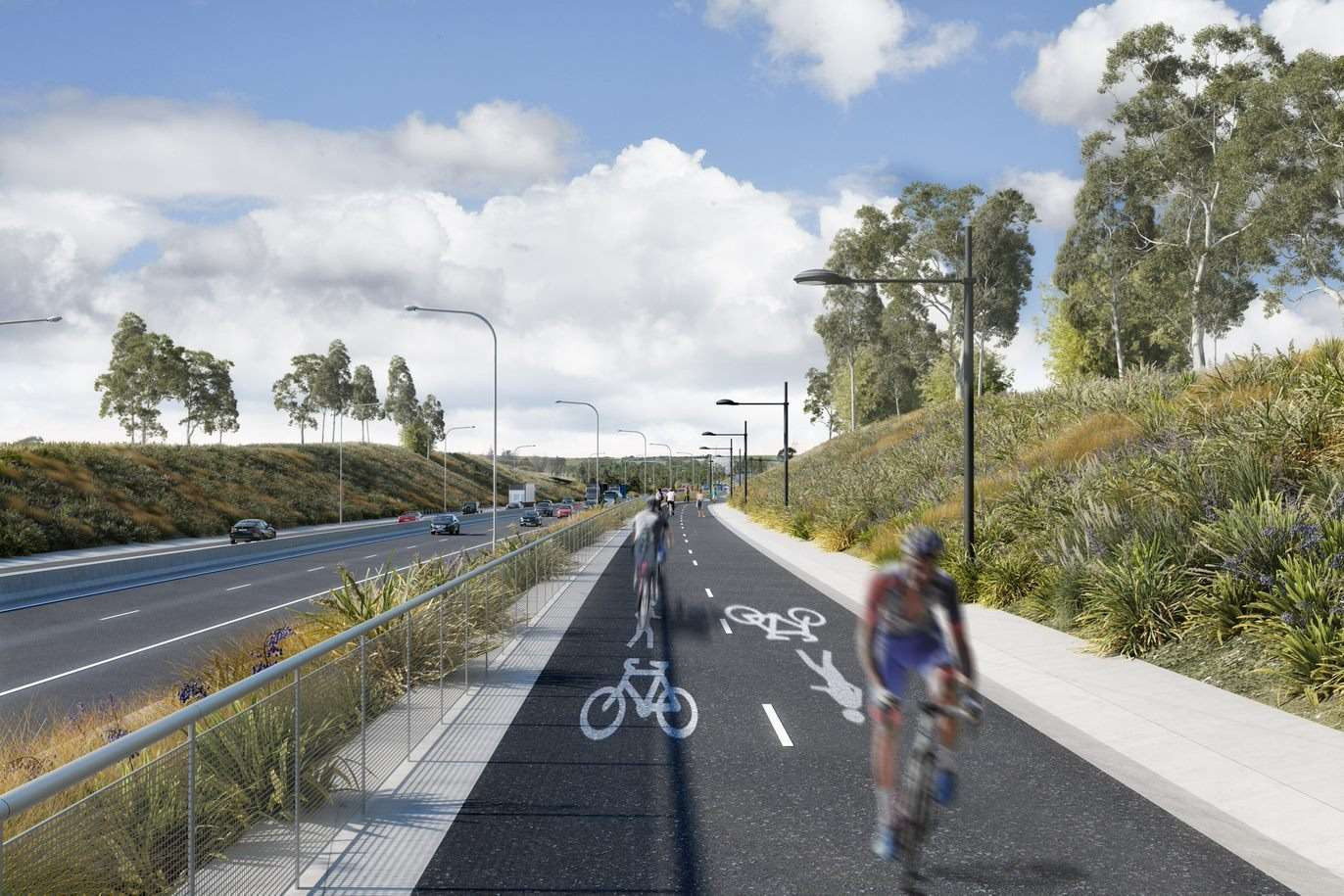 A signature artwork that was inspired by the ‘Great Emu in the Sky’ constellation is the centrepiece of the PDLP and it is set to be a major landmark for new visitors to the airport.

Aboriginal design agency Balarinji worked with local Aboriginal artists to come up with a design for the emu-inspired sculpture, giving the Darug community an opportunity to help shape the green spaces along the M12 corridor so that it could tell meaningful stories.

“Easing congestion and improving safety are at the forefront of the important infrastructure upgrades we are delivering in Western Sydney, and I encourage the community to be a part of the consultation process.

“I want local people to spend less time in traffic, and more time building their business or being at home with their family. That’s why we’re investing in the road upgrades we need to improve traffic flow around our community,” Federal Member for Lindsay Melissa McIntosh MP said.

The M12 Motorway PDLP also includes planting 73,000 trees along the corridor, focussing on species that are native to the area and propagated from local vegetation.

“A seed collection program started in mid-2020, to optimise replanting from local species along the M12 corridor. Part of this work will also see wildlife passages preserved at Cosgrove, South, Kemps and Badgerys Creek.

“A new shared walking and cycling path will also be a great new addition for the local community, with the path largely running along the M12 from the western end, through the Western Sydney Parklands and connecting to the M7,” New South Wales Member for Mulgoa Tanya Davies MP said.

Public consultation will run until 28 November and you can find more information as well as have your say here.

The M12 Motorway is being delivered and is a key part of the $4.4 billion Western Sydney Infrastructure Plan (WSIP).

The M12 Motorway project will include:

The $2 billion M12 Motorway project is jointly funded by the Australian and New South Wales Governments on an 80:20 basis.

This significant transport infrastructure project is anticipated to support up to 2,400 jobs during the construction phase.

Improvements to the design of the future M12 Motorway in New South Wales have been revealed, with the design changes expected to provide greater connectivity for local communities in addition to a smooth and direct access to the new Western Sydney International (Nancy-Bird Walton) Airport.

Construction on the M12 Motorway in New South Wales is on track to commence this year as the State Government appoints a preferred contractors to deliver the central and western sections of the new motorway.

The $2 billion M12 Motorway in New South Wales is now under construction, with works beginning on the central and west sections of the project. This follows the announcement of the preferred contractors for both sections earlier this year.