Detailed designs for the new Pimpama station in the Gold Coast has been released as part of the consultation phase of the project.

The new Pimpama station is being delivered through the transformational Cross River Rail development and this significant transport infrastructure is a vital part of the Queensland Government’s COVID-19 Economic Recovery Plan.

“My government is delivering new infrastructure on the Gold Coast to create jobs and stimulate the local economy at a time we need it most.

“In the future, this new station will ensure that locals benefit from Cross River Rail – being able to catch a train within minutes of arriving during peak times.

Community consultation for the Pimpama station design is open until 7 August 2021. Locals are encouraged to have their say on the three new Gold Coast Cross River Rail stations, including the new Pimpama station. An online survey can be found here.

“The $5.4 billion Cross River Rail project will transform the way we travel across all of South East Queensland.

“The three new stations at Pimpama, Helensvale North and Merrimac which are Palaszczuk election commitments will help reinvigorate transport in key growth areas on the Gold Coast line.

“They are an important part of the Palaszczuk Government’s record $27.5 billion roads and transport investment over four years, which is creating 24,000 jobs, and helping drive Queensland’s economic recovery,” Minister for Transport and Main Roads Mark Bailey said. 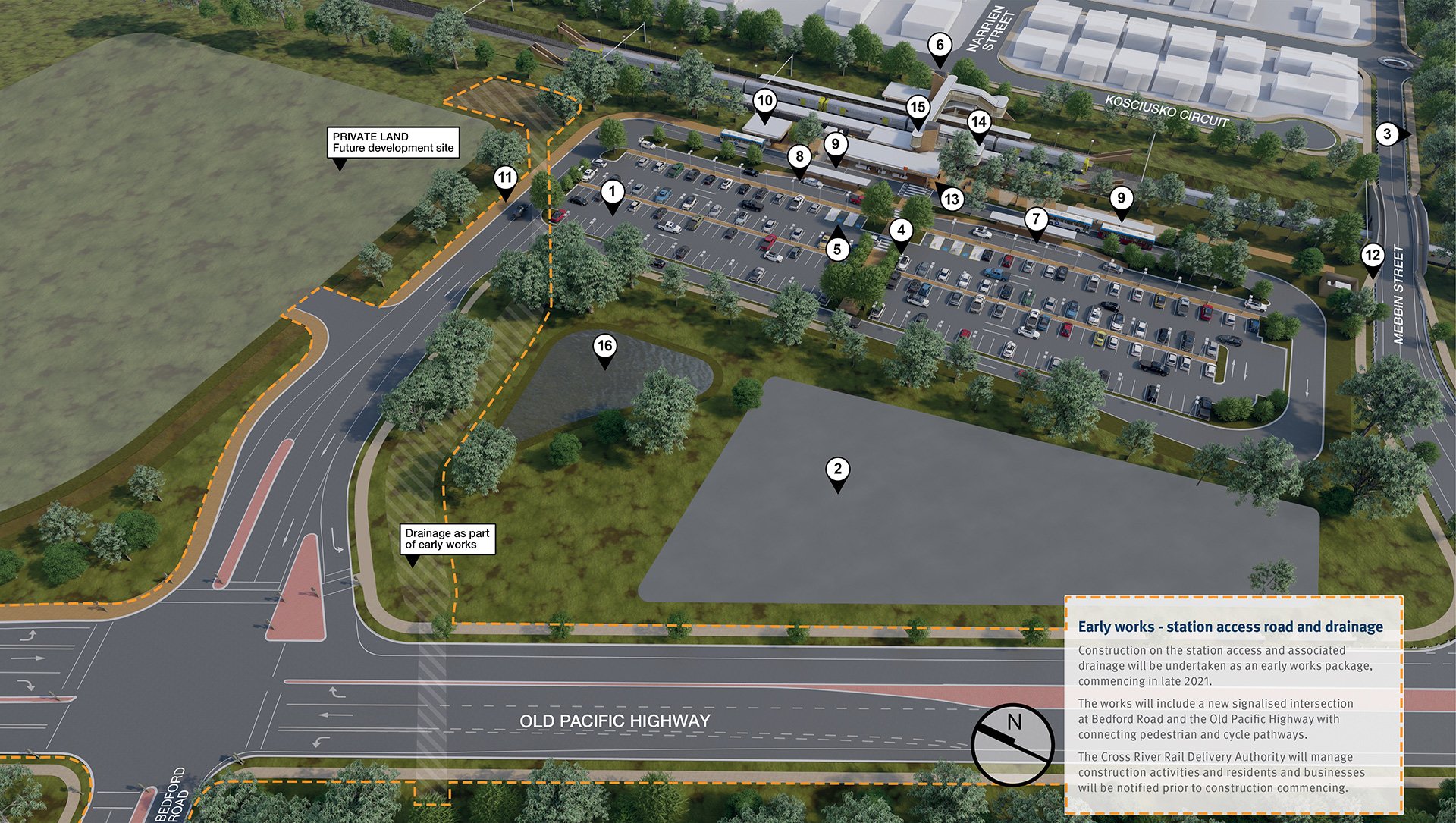 The new Pimpama station will feature:

“Just last year Pimpama’s population grew 13.7 per cent, making it one of the fastest-growing areas in our region.

“Which is why we need more public transport that’s convenient and accessible – and why we’re investing in three new train stations and expanding light rail on the coast.

“With this important next step, we’ll see early works happening very soon and major construction happening next year to create a pipeline of jobs alongside record investment on the M1 and Coomera Connector,” Member for Gaven Meaghan Scanlon said.

Early works at the Pimpama station location commenced in January of this year. Works included geotechnical works, survey work, utility identification as well as environmental studies such as heritage, flora and fauna.

“These early investigations, as well as feedback already received from the community, have been crucial in refining the concept design.

“Feedback from the detailed design will be used to inform the final design for construction,” Minister Bailey said.

Detailed designs for the stations at Helensvale North and Merrimac are going to be released for consultation later this year.

Early construction activities are set to commence in late 2021 and major construction in 2022. The new Pimpama station is due to be completed in time for the opening of Cross River Rail in 2025.

Six stations at Brisbane's southside to get accessibility upgrades

Six major train stations at Brisbane’s southside will receive accessibility upgrades that coincides with the multi-billion dollar Cross River Rail project that will deliver a 10.2 kilometre rail from Dutton Park to Bowen Hills.

The $550.8 million Beerburrum to Nambour Rail Upgrade in the Sunshine Coast is progressing towards construction as tenders for the design and construction of Stage 1 will be released to market next month.