The new stations will be located in Pimpama, Helensvale North and Merrimac/Worongary, and the Queensland Government has allocated approximately $120 million towards the delivery of these stations. Specific locations of the new Gold Coast stations are expected to be announced next month.

“The Gold Coast is one of the fastest growing cities in Australia. These new stations are an important part of our commitment to improving public transport on the Coast.

“The Government’s number one priority is to create jobs. This project won’t just create jobs during construction but will support Gold Coasters who need to travel for work each day,” Tourism Industry Development Minister Kate Jones said. 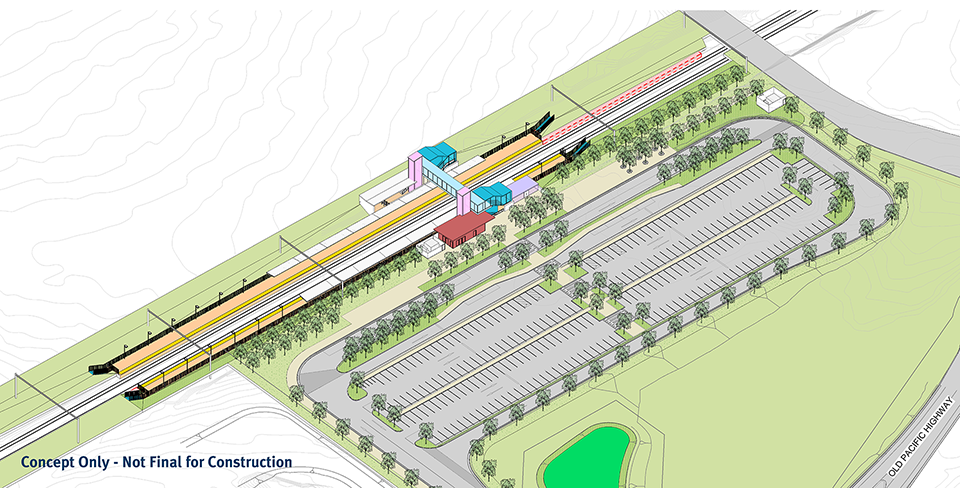 Public transport such as the Cross River Rail is vital for the Gold Coast as it will provide better transportation to the growing population in the region - with an additional 350,000 residents expected over the next 25 years.

“This is a great win for Gold Coasters. Through Cross River Rail, we’re creating an extra 3,150 seats. This means trains to Brisbane will leave as regularly as every five minutes during the morning peak period,” Assistant Tourism Industry Development Minister Meaghan Scanlon said.

In addition, a month-long public consultation period will also be conducted next month to collect feedback from the community regarding the concept designs for the new train stations. Detailed planning will then be finalised before tenders for the delivery of the project are released to market.

“We want to hear from Gold Coasters about what they want to see at these stations,” Ms Scanlon added.

Over the next eight years the Palaszczuk Government will invest $634m to fund QLD's proposed Cross River Rail in Brisbane - have a look here to see on what's entailed.

Up to $500 million from the Queensland Government - announced ahead of the State Budget - is going to be invested to promote mining and exploration in the north west as well as boost mineral freight export on the Mount Isa Line.

The New South Wales Government has announced that a 270-kilometre pipeline will be built as part of a $500 million investment in the 2016-17 Budget. The pipeline from the Murray river will secure Broken Hill and surrounding communities’ long term water supply - and represents the largest infrastructure project on record to secure a town's water supply in NSW.