Plans have been unveiled for a $20 million road upgrade in Bunbury, Western Australia that will help relieve congestion as well as improve safety at one of the busiest intersections in the South-West.

The proposed project involves building a new intersection west of Vittoria Road in Bunbury along with a new road between Forrest Highway and Jeffrey Road to provide an alternative access to the nearby suburb of Glen Iris.

The existing intersection is currently seeing over 30,000 vehicles pass through it daily as it provides access to Glen Iris as well as several local schools and the well-known Bunbury Farmers Market.

This project is jointly funded by the Australian and Western Australian Governments, each contributing $16 million and $4 million respectively.

“Our Government is committed to delivering road projects that improve safety, ease congestion, and deliver social and economic benefits to the community.

“Around 30,000 vehicles pass through the existing intersection every day, and with the growing popularity of the Bunbury Farmers Market, it’s been under increasing pressure for a number of years.

“A new intersection west of the site, and a new access road connecting Forrest Highway to Jeffrey Road, will provide alternative access to the suburb of Glen Iris and local schools, and reduce pressure on the existing intersection,” Transport Minister Rita Saffioti said. 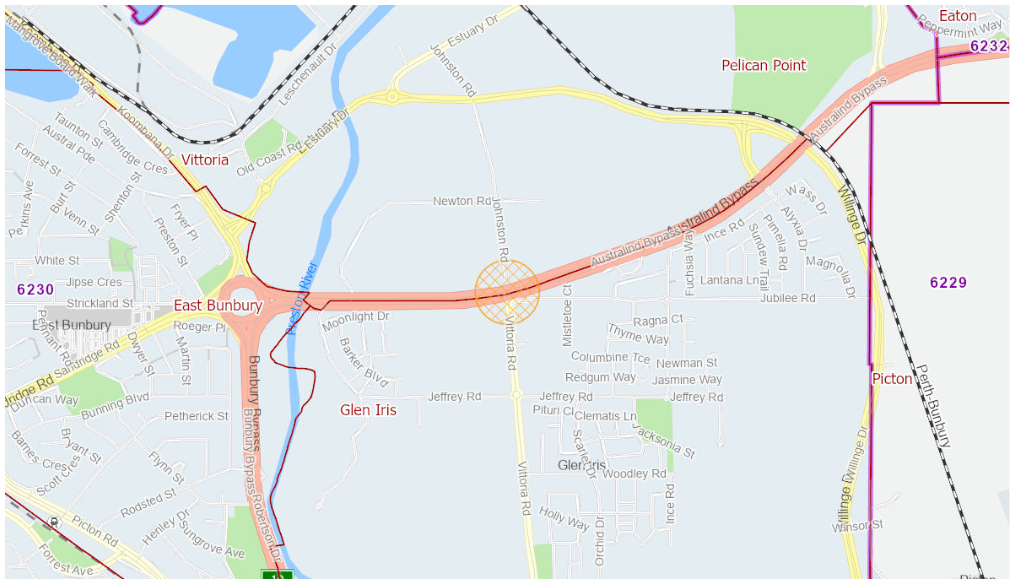 Major construction on the project is due to begin in late 2024 and is expected to support up to 130 jobs.

Once completed, the upgraded road will provide an alternative route for local traffic accessing Glen Iris and help ease congestion on the current Vittoria Road-Forrest Highway intersection while also catering for future growth in the region.

In addition, the new intersection and road connection will also support the future growth and development of Glen Iris.

“This project will make a huge improvement to liveability in Glen Iris and to the day to day lives of local residents as they navigate their suburb.

“I have campaigned strongly to get this project delivered, and it’s fantastic to see the money committed and some of the early plans now in place.

“This project will reduce congestion and improve safety, and importantly will provide Bunbury residents a new access road for the suburb of Glen Iris, its local schools and of course to the Bunbury Farmers Market,” Bunbury MLA Don Punch said.

CPB Contractors, together with Bombardier Transportation, has been awarded the $1 billion Rail Systems Alliance (RSA) contract for the multi-billion dollar Metro Tunnel Project in Victoria.