Western Australia’s $230 million Swan River Crossings project in Fremantle is a step closer to construction following the unveiling of the new alignment that was the result of an extensive community consultation.

This multi-million-dollar project will be replacing the 83-year-old Fremantle Traffic Bridge to increase passenger and freight rail capacity as well as improve safety for both road and river users and provide modern pedestrian and cycling facilities.

“The Fremantle Traffic Bridge is an iconic and popular structure, having been a staple in the Fremantle community for the past 83 years.

“The Morrison Government is investing in infrastructure projects across Western Australia to cut travel times and ensure commuters get home sooner and safer, deliver a more reliable road network for freight, and reduce congestion by addressing local bottlenecks.

“This project will not only help improve congestion in the region, but it will create local jobs and is a great example of the importance of listening to the community and addressing its needs,” Federal Member for Swan Steve Irons said. 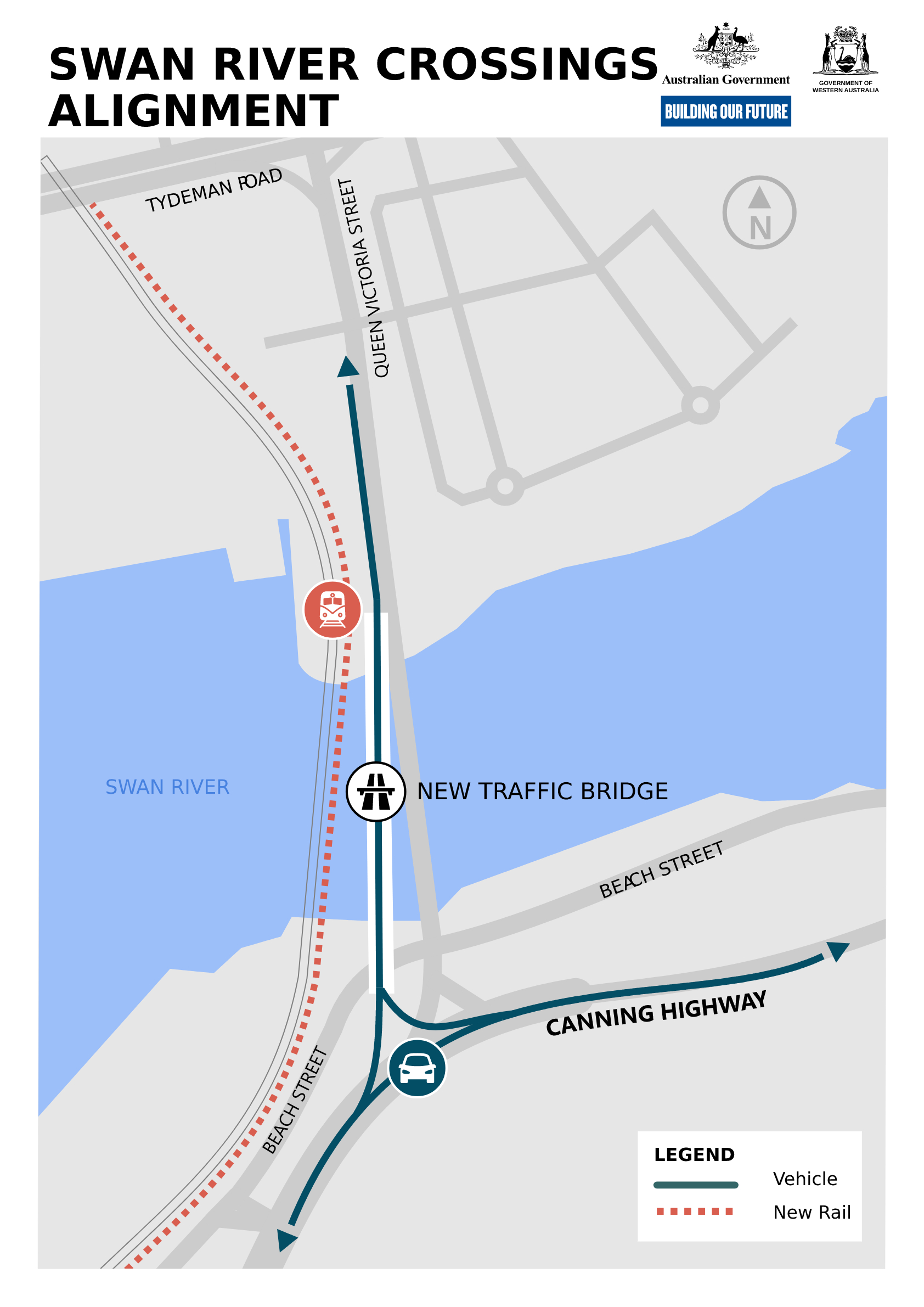 With the preferred alignment set, the project will now progress to development and design.

The next phase of community consultation, on the other hand, will include a series of forums and discussions on priorities that relate to the heritage interpretation as well as the connectivity for cycling and pedestrian paths.

“More than 1,000 people have had their say on their preferred alignment of the Swan River Crossings Project and I am pleased we have been able to deliver on this preferred option.

“This is a significant project that has been on the agenda for decades, as there are ongoing significant maintenance costs with the existing bridge and a need to replace the current bridge with a new structure,” Transport Minister Rita Saffioti said.

Major construction on the project is expected to commence in early 2022.

The Swan River Crossings Project is jointly funded by the Australian and Western Australian Governments, each contributing $115 million.

“This is just the latest example of us delivering on our commitment to progress critical infrastructure projects across the country under our record $110 billion, 10-year infrastructure investment pipeline, which is helping to drive Australia's world-leading economic recovery,” Minister for Communications, Urban Infrastructure, Cities and the Arts Paul Fletcher said.

A consortium comprising of Laing O’Rourke, AECOM and Kellog, Brown & Root had been awarded the design and construction contract for the $238 million Torrens Junction project in South Australia.

South Australia’s $231 million Ovingham level crossing removal progresses with the beginning of Expressions of Interest for major works on the project. This vital infrastructure is set to support jobs and local businesses during its construction.

Another dangerous and congested level crossing in Victoria will soon be gone for good as early works commence, the final design revealed, and a construction contract awarded for the Mt Derrimut Road level crossing removal project.