The beginning of construction on a new pedestrian bridge over the Brisbane River is one step closer, with the tender process progressing to the assessment stage. The contract to build the Neville Bonner Bridge is set to be awarded soon and construction to begin in early 2020.

An estimate of approximately 100 labourers, engineers, designers and other workers are set to be involved in the delivery of the new pedestrian bridge that was named after Australia’s first Indigenous parliament member.

“We’re partnering with the private sector to build big infrastructure projects that create jobs for Queenslanders.

“Once the tender is awarded, the contractor will recruit the next wave of labourers to work on this historic project,” Tourism Industry Development Minister Kate Jones said.

In addition, new concept designs have also been released. The design shows that the bridge will span the Brisbane River south of the existing Victoria and Kurilpa bridges. 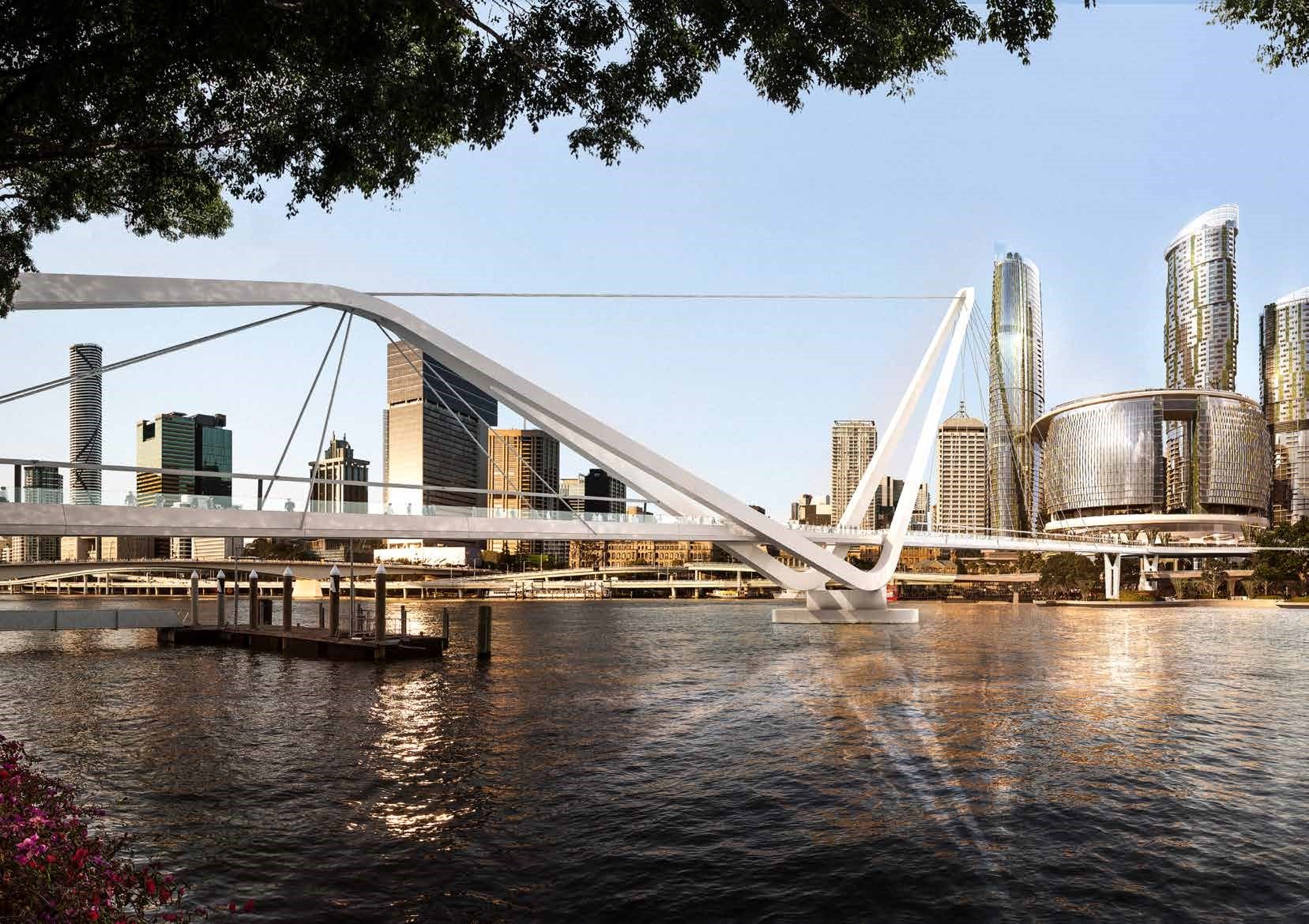 The Neville Bonner Bridge is part of the $3.6 billion Queen’s Wharf Brisbane development and will serve as a link between South Bank and Queen’s Wharf.

“Queen’s Wharf will change the face of Brisbane - creating more than 8,000 jobs in Brisbane’s CBD over the next 10 years.

“The Neville Bonner Bridge will be the pivotal link between South Bank and Queen’s Wharf - with 50 new restaurants and bars and a world-class retail hub,” Ms Jones said.

The Neville Bonner Bridge is due to be completed by mid-2022.

Earlier this year, Multiplex was awarded the construction contract for Queen’s Wharf Brisbane. You can read more about it here.

A new green bridge is set to begin construction in late 2021 following the award of the contract to deliver the new $190 million river crossing that will connect Kangaroo Point to Brisbane CBD and provide pedestrians and cyclists an easier way to move between Kangaroo Point, the eastern suburbs and the CBD.