The $2.2 billion Coffs Harbour Bypass project in New South Wales stays on track to beginning major construction in March of this year following the finalisation of the detailed design.

Updates have been made to the project design and the main changes include refinements to the interchanges at Englands Road, Coramba Road and Korora Hill. However, there are no changes to the overall design of the bypass, including the tunnels.

“This project will be a game-changer for all those who rely on this busy segment of the Pacific Highway, saving them time, increasing safety, improving accessibility to the Coffs Harbour CBD and boosting flood immunity.

“These design changes are minor but will improve traffic flow and be better for motorists as well as nearby residents during construction and operation.

The refinements on the interchanges resulted from an extensive consultation process including on the environmental impact statement and the refined design in 2019 as well as during the concept design display in 2018 and ongoing discussions with key stakeholders since planning approval in December 2020.

Prior to the changes made on the detailed design, Transport for NSW and the project delivery team – the Ferrovial Gamuda Joint Venture – underwent significant collaboration.

“One of the key themes we heard during the community consultation periods was the community wanted simplified interchanges and the detailed design incorporates that feedback.

“The Coffs Harbour Bypass is the most significant infrastructure project in our community’s history and will transform our town by removing 12,000 vehicles from the CBD, making life easier for locals to get to work or drop the kids off at school.

“Nobody in Coffs likes being stuck at traffic lights – especially during the holiday period – and this project removed 12 of them saving 12 minutes off your trip and eases congestion through town,” State Member for Coffs Harbour Gurmesh Singh said. 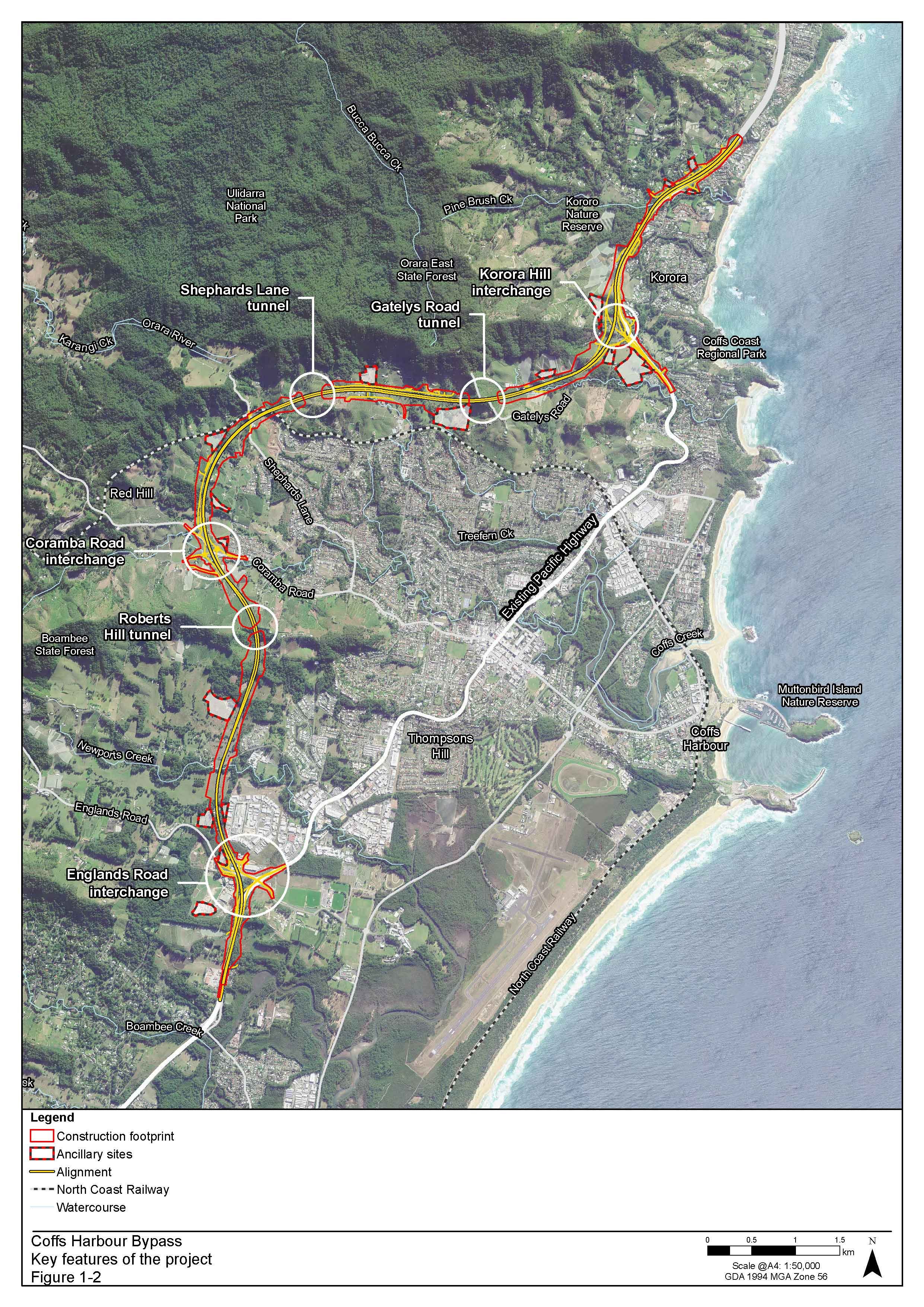 Now, the community is encouraged to have their say on the project’s refined design. Feedback can be provided until 20 February 2023 and more information can be found on the Coffs Harbour Bypass webpage.

The $2.2 billion project is jointly funded by the Australian and New South Wales Governments, with each contributing $1.76 billion and $440 million respectively.

Coffs Harbour Bypass is going to be a 14-kilometre bypass road that will include three tunnels at major ridgelines along with new interchanges, access roads and a new bus interchange.

Once open to traffic, Coffs Harbour Bypass will save motorists up to 12 minutes in travel time, avoid about 12 sets of traffic lights and remove thousands of vehicles from the CBD.

Construction is anticipated to be completed in 2027, while the bypass is due to open to traffic from late 2026.

Construction on Stage 2 of the Echuca to Moama Bridge project is now underway, following the completion of Stage 1 of the project which delivered upgrades to Murray Valley Highway and Warren Street roundabout.

Winslow Constructors has been awarded the contract to deliver major upgrades to Echuca’s Warren Street as part of Stage 2 of the Echuca-Moama Bridge project. Construction on the $26.35 million project is set to commence shortly following the contract award from the Australia, Victorian and New South Wales Governments.

Construction is ready to commence on the $280 million Granville Harbour Wind Farm in Tasmania, with Palisade Investment Partners - the project developer - reaching financial close for the project.