The Queensland Government has granted approval to the State’s largest resource project in almost a decade - Arrow Energy’s $10 billion Surat Gas Project - and it is expected to create up to 1,000 jobs for the region.

The approval includes 14 petroleum leases for the future gas operation between Dalby and Wandoan, and it is anticipated to inject an extra 5,000 petajoules of gas to market for more than 27 years. This will include 240 petajoules of gas a year during the Surat Gas Project’s peak production beginning in 2026.

“The Surat Gas Project will create up to 800 construction jobs and 200 ongoing operational jobs, as well as millions of dollars in business opportunities for local suppliers.

“Currently scheduled to be operational in 2020, the project will produce gas for LNG for export and for domestic users,” Premier Annastacia Palaszczuk said. 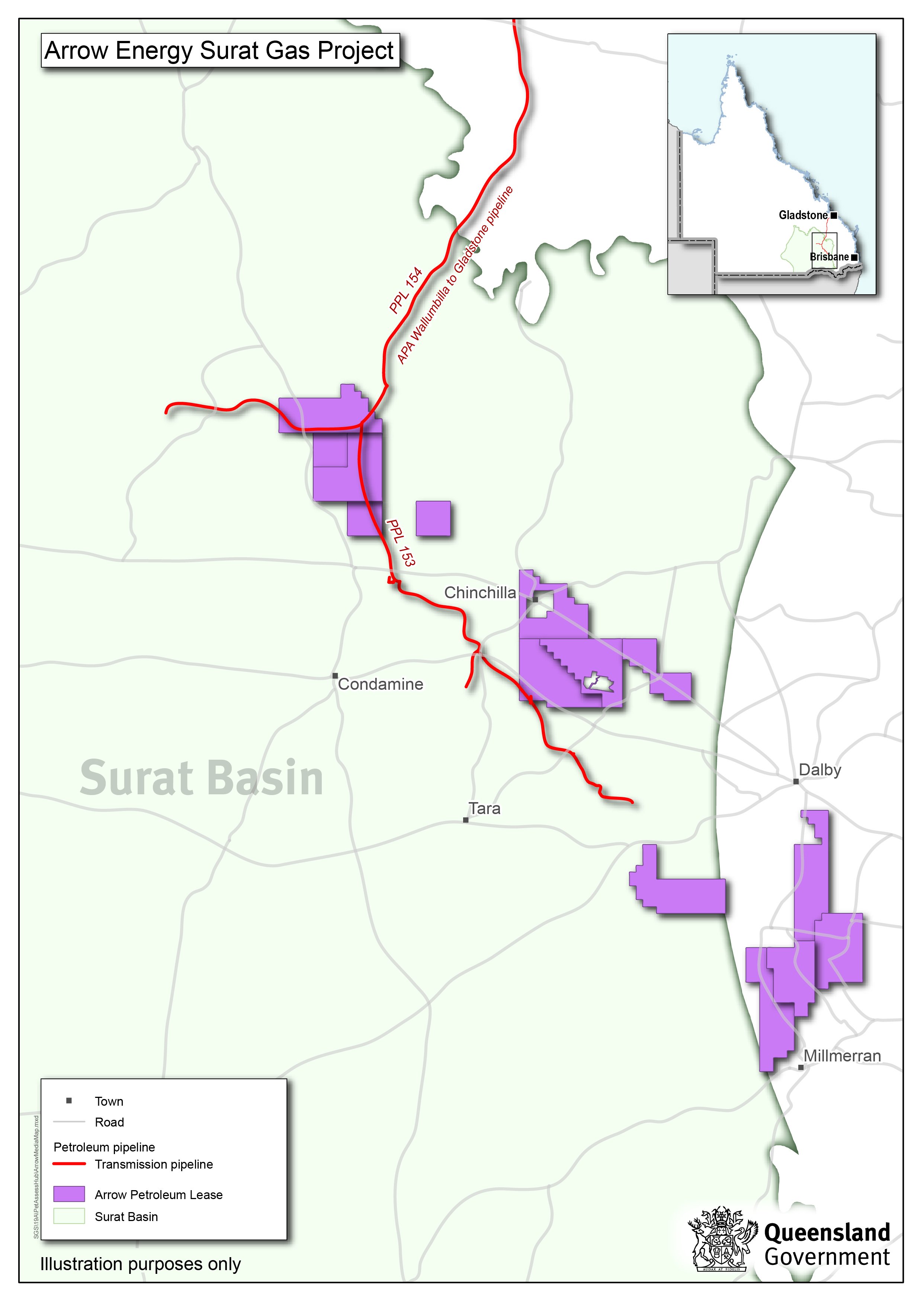 Construction on the new gas project is set to commence later this year on a 2,500-kilometre square blocks in the Surat Basin - between Dalby and Chinchilla - once Arrow Energy has made a final investment decision.

According to Mines Minister Anthony Lynham, the project proponent Arrow Energy - a joint venture between Shell and PetroChina - has proposed to utilise the existing QGC infrastructure nearby which includes processing facilities and pipelines that will transport the gas to export and domestic facilities.

“This approach has two major benefits: it will get to the market faster and it significantly reduces the project footprint and the potential impact on local communities and the environment,” Dr Lynham said.

Prior to approval, Arrow Energy has met strict environmental as well as financial and Native Title requirements. With this, binding land access compensation agreement with local landholders is now ready to proceed.

“The approval of these petroleum leases is a critical milestone in Arrow delivering 5 trillion cubic feet of gas into the market. It’s a positive step for Arrow and for Queensland,” Arrow Energy CEO Mingyang Qian said.

The first gas from Arrow Energy’s Surat Gas Project is expected to flow in 2020.

Australian Future Energy’s (AFE) $1 billion Gladstone Energy and Ammonia project is one step closer to beginning development with the release of the terms of reference for the project’s Environmental Impact Statement (EIS).