Woodside Petroleum Ltd and BHP Group – the Scarborough Joint Venture – have made a final investment decision (FID) for the Scarborough and Pluto Train 2 project in Western Australia, which is expected to create more than 3,200 local jobs during its construction phase.

“Scarborough will provide a reliable source of LNG for global customers and secure gas supply for the domestic market, as well as ongoing employment in Western Australia,” BHP CEO Mike Henry said.

“Today’s announcement from Woodside and BHP that they have reached a positive final investment decision for the Scarborough and Pluto Train 2 projects is a boon for the State.

“My Government is committed to supporting projects that create more jobs for Western Australians.

“In the coming days, we will execute agreements with the Scarborough and Pluto Train 2 joint ventures that will provide energy certainty for the State and support thousands of local jobs, as well as providing a transition fuel source for our major trading partners,” Premier Mark McGowan said. 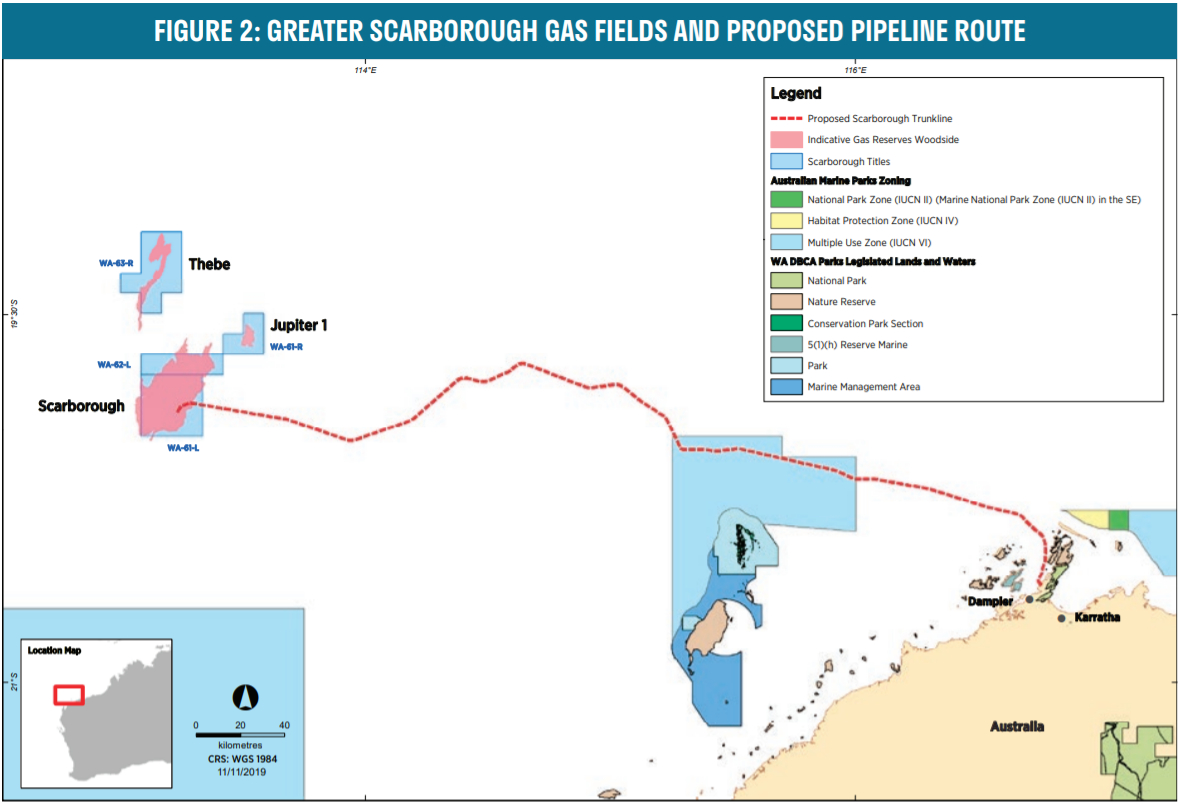 The Scarborough gas resource is located in the Carnarvon Basin, which is about 375 kilometres west-north-west of Karratha, while the Pluto LNG is located onshore on the Burrup Peninsula near Karratha.

The multi-billion-dollar project is proposed to develop the Scarborough resource with new offshore facilities which will then be connected by a 430-kilometre pipeline to a second LNG train at the existing Pluto LNG facility along with the construction of a new domestic gas facility.

The development of the Scarborough gas resource will be supporting the production of about 8Mtpa of LNG through Pluto Trains 1 and 2 as well as a domestic gas commitment of approximately 180 terajoules daily.

Major works on the Scarborough and Pluto Train 2 project is anticipated to commence in 2022.

In addition to the thousands of construction jobs, the project is also expected to support up to 600 jobs when operational.

“The Scarborough to Pluto Train 2 development stands to deliver decades of benefits for Western Australia, through jobs, economic stimulus and domestic gas.

“LNG can be used globally as a transition fuel to displace more carbon intensive fuels such as coal and there is strong demand in international markets that have made commitments to net zero emissions.

“Natural gas is not only one of Western Australia’s most profitable exports, it is an important energy source for local industries that will help diversify the State’s economy and create more jobs,” State Development, Jobs and Trade Minister Roger Cook said.

Once up and running, the LNG development is set to deliver large volumes of gas into the Western Australian market, supporting the State’s long-term energy requirements as well as economic development.

The Scarborough Joint Venture is committed to producing gas equivalent to 15 per cent of its LNG exports available to the domestic market, which is consistent to the WA Domestic Gas Policy.

Over its life, the Scarborough project is expected to supply up to 1,400 petajoules of gas to the Western Australian market.

As announced in the 2022-23 Federal Budget for Queensland infrastructure projects, the Australian Government has committed $1.6 billion towards the construction of heavy rail on the Sunshine Coast along the CAMCOS corridor.