“This is a project that has the potential to boost the local economy and create well-paid jobs.

“It’s estimated this new mine could create 500 jobs throughout the two-year construction period and up to 450 full-time jobs during operation,” Minister for State Development Cameron Dick said.

The Winchester South project is located in the Bowen Basin, approximately 30 kilometres south-east of Moranbah and is being developed Whitehaven Coal.

The billion dollar development will comprise of: 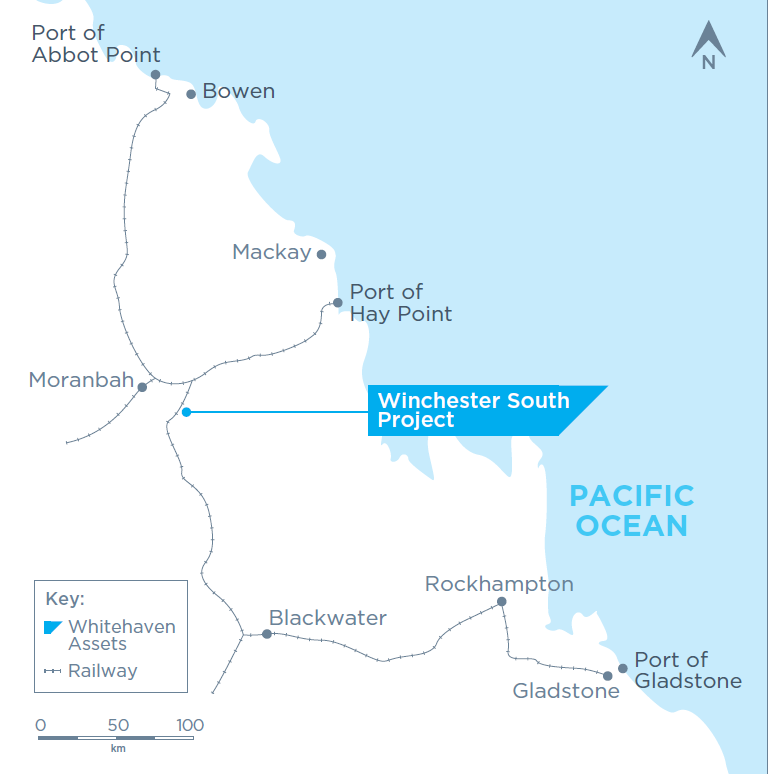 Assistant Minister for State Development Julieanne Gilbert said that Whitehaven Coal will be prioritising local employment from nearby regional towns.

“This is good news for places like Moranbah, Dysart and Coppabella, and provides even more opportunities for regional Queensland,” Ms Gilbert said.

Under the State Government’s Strong and Sustainable Resource Communities Act, central Queensland will be receiving the maximum benefit from projects such as the Winchester South development.

“This means regional Queensland will get the lion’s share of jobs, while that economic ripple effect will create opportunities for local small-and-medium-sized businesses,” Mr Dick said.

Declaring this development a coordinated project will help facilitate the complex approvals while the Winchester South mine undergo thorough environmental, economic impact and social assessments.

The independent Coordinator-General will now begin preparing draft terms of reference for the project and invite the public to give feedback regarding matters in the environmental impact statement.

Construction of the Winchester South metallurgical coal project is expected to begin in 2021, if it is approved, with the first coal extraction is anticipated by 2023.

Once the mine is operational, it will be able to produce approximately 8Mtpa of product coal over a 30-year mine life, supporting the international steel-making industry.

Whitehaven Coal said in a statement: “At full capacity, the mine is targeting run-of-mine production of approximately 15 million tonnes per annum of predominantly high quality metallurgical coal, providing a boost to local communities and returning millions in royalties to the Queensland economy each year.”

The proposed $2.9 billion Urannah Dam project has been declared a coordinated project by Queensland’s Coordinator-General. This means that the massive development will now undergo an impact assessment process to determine significant environmental, social, cultural as well as economic impacts the project might impose on the region.