According to Minister for State Development, Manufacturing, Infrastructure and Planning Cameron Dick, the proposed open cut metallurgical coal mine is expected to create up to 500 jobs annually during construction and it is projected to boost the economy for local communities.

“When the open cut mine is up and running, it could maintain an average of 1,000 operational jobs and produce up to 15 million tonnes of coal per year.

“Importantly, Pembroke Resources will encourage workers to live in local towns like Moranbah, Nebo, Dysart and Middlemount and provide necessary accommodation for them there, which is exactly what our government’s Strong and Sustainable Resource Communities Act is about,” Mr Dick said.

This mining project will include:

Once the Olive Downs mine is up and operational, it will be one of the largest metallurgical coal mines in the world.

“Metallurgical or coking coal is used to make steel, a critical component of many aspects of the modern economy used widely in the automotive, construction and manufacturing sectors and in everyday items like motor vehicles, toasters, fridges and bridges.

“The resources sector is fundamental to jobs and business opportunities, particularly in our regional communities, and rigorous but also timely environmental assessment processes are important to keeping this vital industry sustainable,” Mr Dick said. 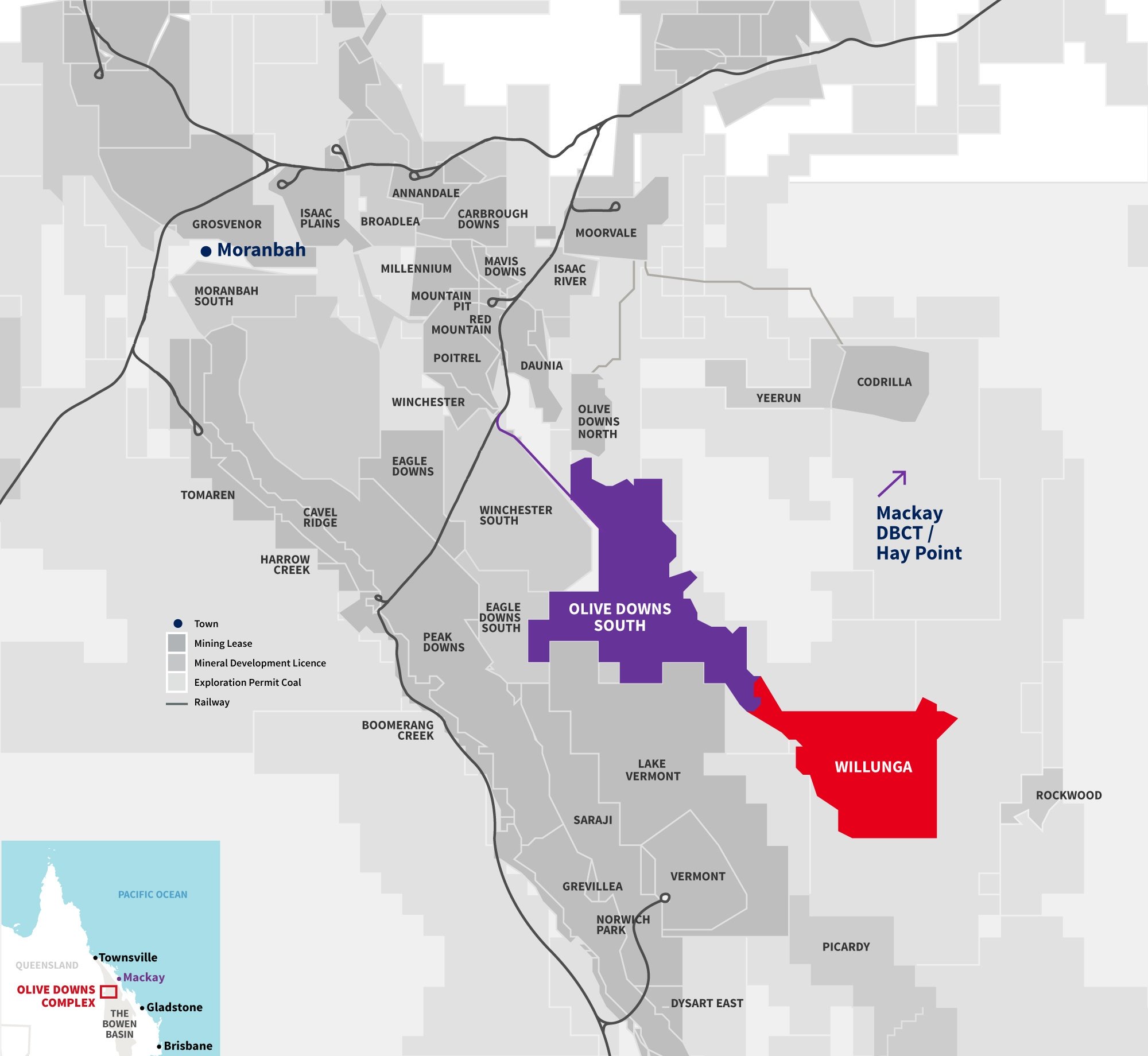 As part of the Coordinator-General’s environmental assessment process, comments and feedback from the public as well as agencies will be considered and coordinated on the overall assessment of the impacts and benefits of the project.

“The independent Coordinator-General has reviewed the draft EIS and has determined that it is satisfactory to release for comment.

“The public are now invited to make a submission on the draft EIS.” Mr Dick said.

Interested parties who want to have their say on the project, can make a submission at the Queensland Government’s Consultation Hub and local public libraries until 18 October 2018.

Isaac region Mayor Anne Baker said that the mineral resources industry has been supporting the local communities in the region. The Mayor added that the Isaac Regional Council will continue to support “responsible mining developments” that deliver positive benefits for the region’s residents and local communities.

“The Isaac region is responsible for producing more than half of the State’s saleable coal and we are currently experiencing a resurgence in the sector, with strong demand for world-class coal.

“The coking coal to be produced from the Olive Downs Complex will be a crucial component in global steel production in the decades to come. Our region is feeding, powering and building communities,” Cr Barker said.

What do you think of this proposed mining project in Queensland? Let us know your thoughts in the comments section below.

Major construction on the $1 billion Olive Downs Coking Coal Project in Central Queensland is one step closer to commencing as Pembroke Resources secures the Environmental Authority (EA) from the Department of Environment and Science.