The current approval is for the first stage of the multi-billion-dollar hybrid renewable energy project, which will deliver approximately 400MW of the total capacity of the Goyder South development.

“We are extremely pleased to hear the positive decision on Goyder South.

“We would like to thqank the Goyder community and Council for their warm reception, as well as the South Australian Government for its ongoing commitment to the transition to renewable energy.

“Goyder South will not only support South Australia in reaching its goal of net 100% renewables by 2030, it will deliver income security to farmers, as well as jobs to the Goyder region. We will now focus on achieving grid connection in cooperation with ElectraNet and the Australian Energy Market Operator,” Neoen Australia Managing Director Louis de Sambucy said.

The Goyder South project is going to be comprised of a 1,200MW wind farm, a 600MW solar farm and a battery storage facility with a capacity of up to 900MW. 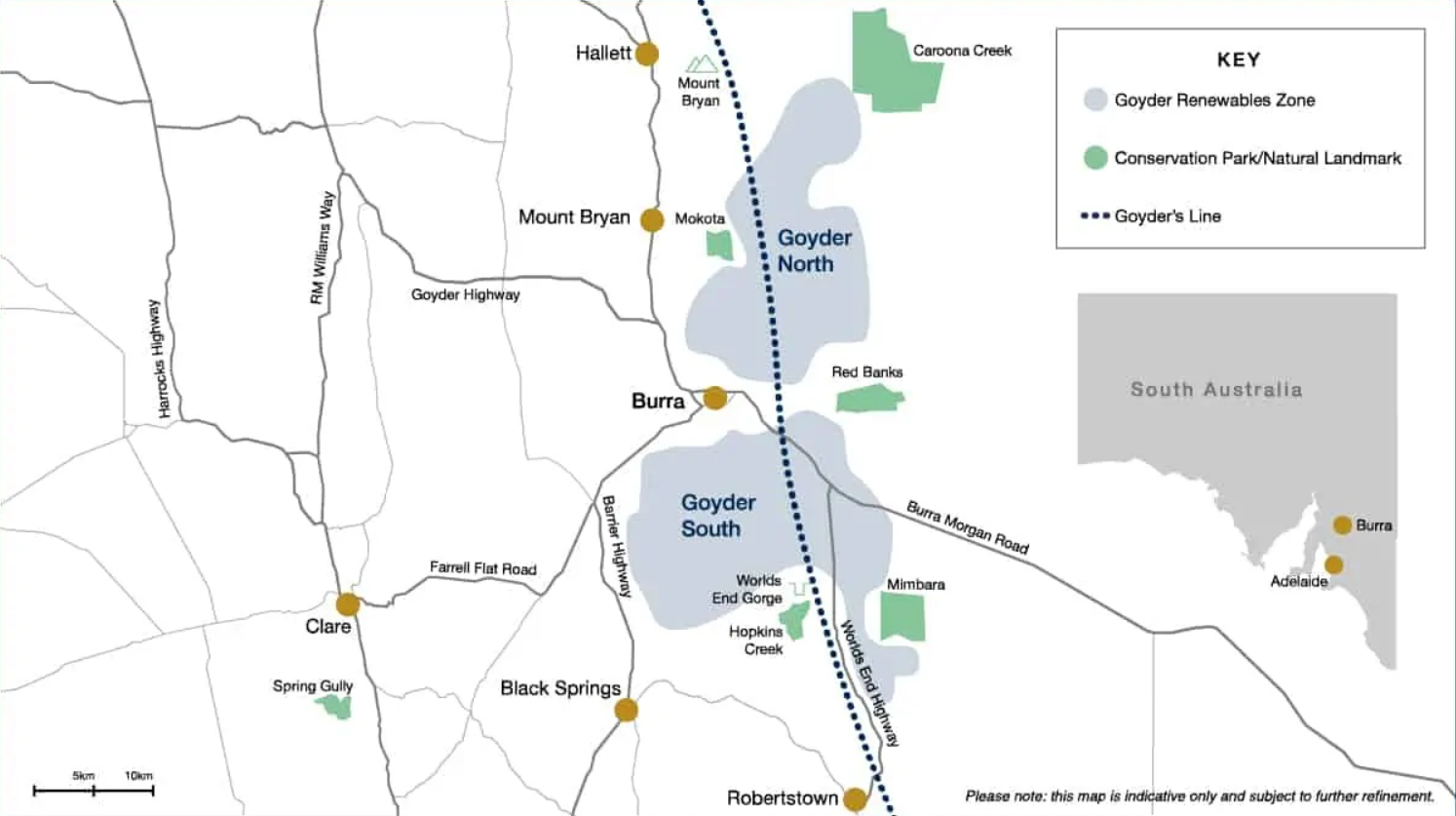 This project is part of the massive Goyder Renewable Zone proposed by Neoen to be built near the town of Burra in South Australia's north west region.

The renewable energy zone consists of two projects, Goyder North located north of Burra and Goyder South to the south of Burra.

The entire development is expected to support up to 642 onsite jobs as well as thousands of indirect jobs during its construction, with more than a hundred jobs once operational.

Due to the scale of this development, the Goyder Renewable Zone is going to be built in multiple stages. Neoen is projecting about five stages – three for Goyder South and two for Goyder North.

Each stage of the project is expected to deliver 400MW of wind generation, 200MW of solar generation and 300MW of battery storage.

A new transmission line is also going to be built along with Goyder North to link it to Goyder South.

Construction of each stage of the project is anticipated to take up to 18-24 months to complete. Neoen is hoping to deliver the stages in a “roll-out” fashion, which means commencing works on the next stage upon completion of the previous stage.

A new massive hybrid renewable energy project is set to be built in Burra in South Australia’s Mid North region. The project is being developed by Neoen Australia and it will comprise of a 1,200MW wind farm, a 600MW solar farm and about 900MW of battery storage.

Construction on the next stage of Adelaide’s North-South Corridor - between Regency Road and Pym Street - is expected to commence in 2019, with the Australian and South Australian Governments committing $177 million each for the project.

The final design for the $560 million duplication of Main South Road and Victor Harbor Road in South Australia has been revealed following an extensive stakeholder and community consultation.