Regis Resources is progressing towards the development of the McPhillamys Gold Project in New South Wales, with the submission of the project’s state significant development application (SSDA) and environmental impact statement (EIS) to the State Department of Planning and Industry (DPI).

The submissions followed years of detailed investigations as well as technical studies and consultation with the locals and stakeholders in the regions of Kings Plains and Blayney.

If approved, the project is expected to create up to 350 jobs during construction and a further 260 direct operational jobs over a 10-year mine life.

“This marks another significant milestone in the McPhillamys assessment process.

“If approved, McPhillamys will provide a major boost to the local economy through many training, job and business opportunities with significant benefits being shared across the community,” Regis Resources CEO Jim Beyer said. 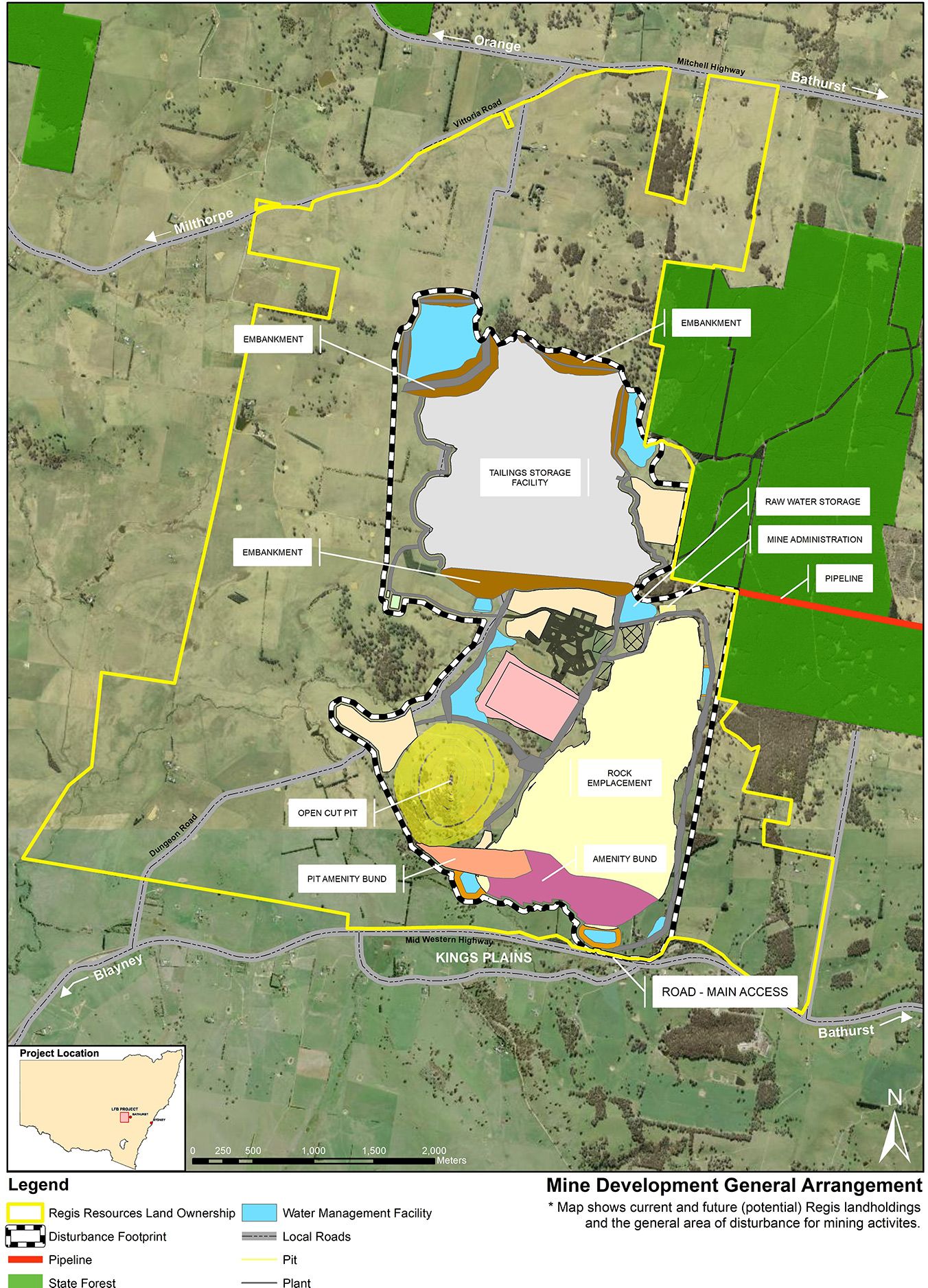 The project will be publicly exhibited once DPI has reviewed the SSDA and EIS. Mr Beyer added that consultation with neighbours as well as local landowners and other stakeholders will be conducted throughout the assessment process “including more community Open Days to coincide with the formal exhibition period for the EIS”.

Open Days will be conducted around the mid-sixth week of the EIS exhibition, with project staff and independent technical advisers who helped complete the EIS present.

“This will give neighbours and other interested parties another opportunity to provide feedback and ask detailed questions about the EIS and the Project.

“The McPhillamys Project team has worked closely with local stakeholders and our near neighbours in particular. Their feedback and suggestions have led to a number of important changes and improvements to the Project site, layout and operational plans,” Mr Beyer said.

The McPhillamys Gold Project is located within the Blayney - Kings Plains region in the central west - approximately 8 kilometres from Blayney.

The project will comprise of a large-scale open-cut gold mine, a conventional carbon-in-leach processing facility, an engineered tailings storage facility, site access road and intersection with Mid Western Highway, a water management infrastructure and ancillary infrastructure to name a few.

Construction of McPhillamys is anticipated to commence upon the approval of project development and will take up to 12 months to complete.

What are your thoughts on this project? Let us know in the comments section below.

The $5.4 billion Cross River Rail Project in Queensland is moving closer to beginning construction with the announcement of three consortia that will deliver the major components of the project.

Following the announcement of a preferred builder in August 2020, the contract to deliver the $93 million Leach Highway and Welshpool Road Interchange project in Western Australia has officially been awarded to the Leach Welshpool Alliance.