Residential market accounts for 80% of cranes in capital cities

Populating the skyline of Australia's cities, the number of cranes observed in Australia have grown from 113 to 539. The continuing strength of the residential sector across Australia has seen an extra 117 cranes commence work on residential sites, representing an overall increase of 38 % more cranes. We shed light on the RLB's newly released Crane Index. 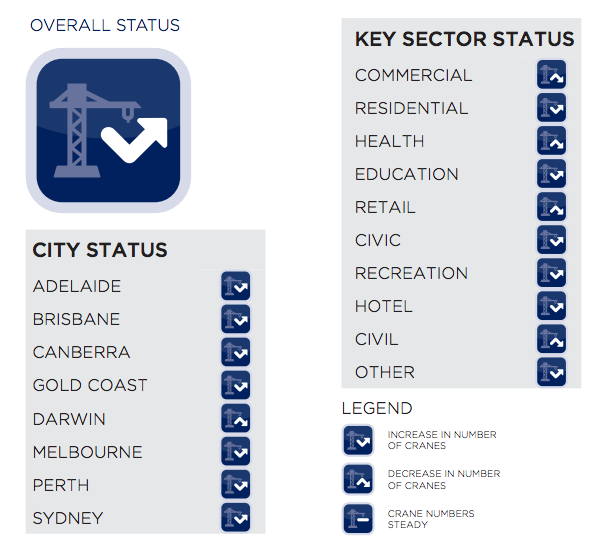 The report measures crane movements across Australia in the past six months, with the last publication released in April 2015.

According to the Q4 RLB Crane Index, 301 new tower cranes were erected across Australia’s skylines in the past six months, proving the construction industry is still undergoing significant growth. This count was offset by the removal of 188 cranes from sites around Australia, which are nearing completion.

RLB director of research and development Stephen Ballesty commented, The Q4 2015 RLB Crane Index has identified a total of 539 cranes currently erected across Australia’s capital cities, a 26.5% increase in number since Q2 2015.

“The concentration of residential cranes within key cities identified within the RLB Crane Index is a testament to the inner-city housing challenges facing our key cities,” he said.

The Q4 2015 RLB Crane Index continues to highlight the positive sentiments of the construction industry. Activity is most buoyant in Sydney with 220 cranes erected and Melbourne with 136 cranes. These markets are followed by Brisbane (104 cranes), Perth (47 Cranes), Gold Coast (16), Adelaide (7 cranes), Darwin (3 cranes) and Canberra (6 cranes).

"Those of us in the building industry should all be very grateful that the market is doing what it's doing," said Brookfield Multiplex chief executive John Flecker, of the high proportion of residential work.

"I don't think, as an industry, it's catastrophic. These things do cycle and the other sectors will pick up. If all you did was residential and you grew substantially because there's a lot of work at the moment, you'd have to question how sustainable that was in the longer term, but if you're diversified, you should be fine." 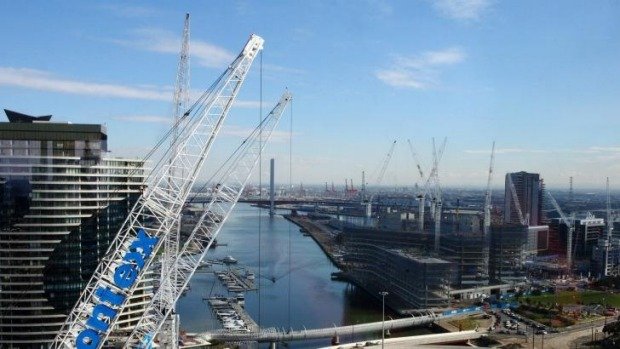 Sydney remains the construction king with the greatest number of cranes erected in the residential (170), commercial (18) and civic (15). Melbourne dominated the retail (6). The Gold Coast is showing a state of recovery with the addition of 8 cranes and removal of 7 cranes to total 16 cranes currently on the skyline.

Asian developers and foreign investors continue to flex their muscle in the residential development market with recent significant site acquisitions and developments underway in Brisbane, Melbourne and Sydney. 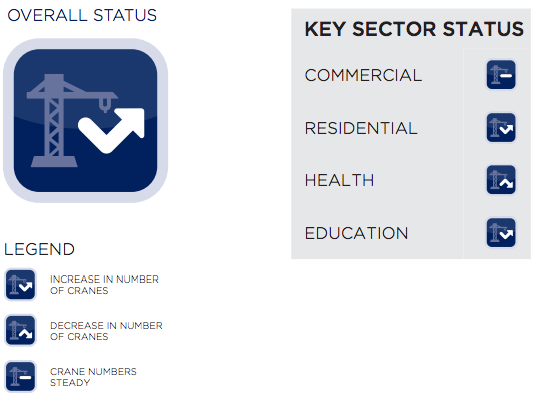 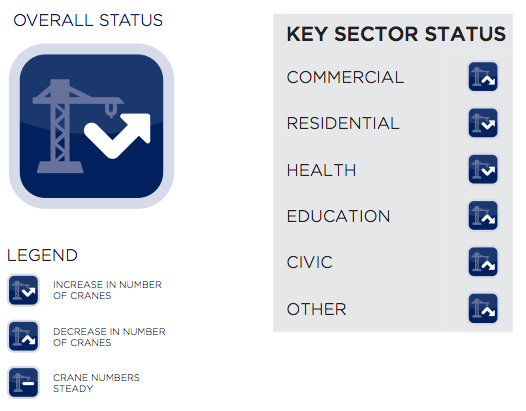 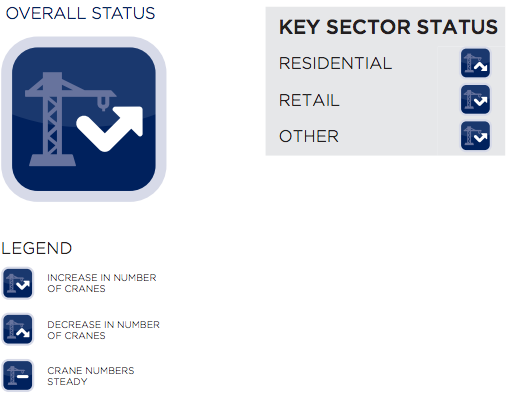 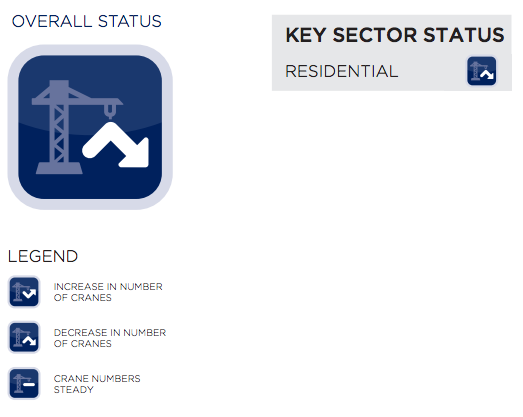 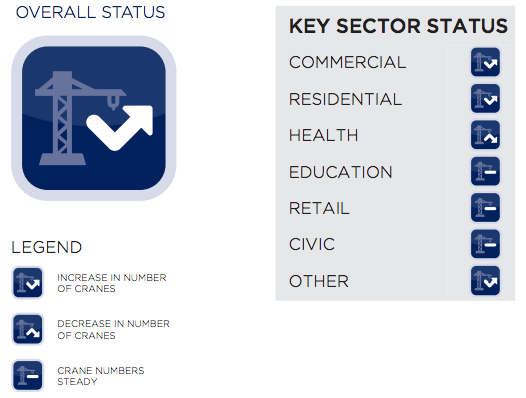 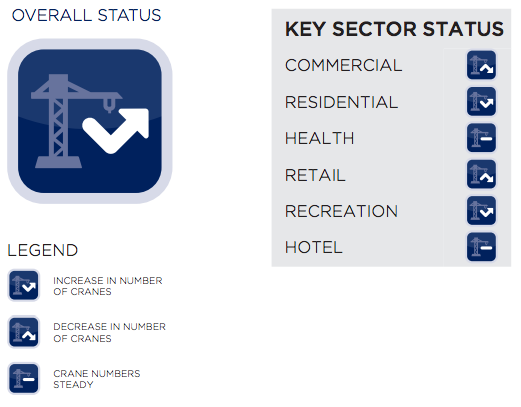 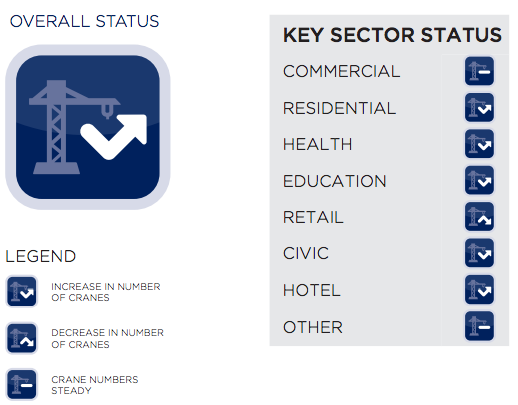 The surge in the residential sector has helped lift confidence in the property and construction industries in the past quarter. So with housing, apartment, multi-storey projects continuing to grow, it's a powerful tool to know how to get the best value rates for your project.

Construction professionals that understand the changing market are better equipped to provide value to their client. We know it’s time consuming to research this from scratch, so we’ve written a guide on the 7 Factors Affecting Plant Hire Rates. Download your eBook today by clicking below!

A crane is an essential piece of the plant list for large-scale construction projects. Construction projects use intricate and heavy machinery on a daily basis, yet in many instances, procurement officers do not end up selecting the most suitable machinery for their project, leading to potential delays and increased operation costs. Choosing the right crane will save your project from such drawbacks and will also ensure the working environment is safe and productive. Here, we look at the most popular types of cranes for hire.

The latest RLB Crane Index reports signs of strength in the Australian construction industry, with all major cities having recorded increased or neutral crane activity since last quarter. In an economy continuing to transition from the construction phase of mining to the production phase, 647 cranes working on construction sites around the country is a promising sign of activity.

As Australia continues to recover from the recent COVID-19 pandemic, more and more construction activities are ramping up across the nation.