Sand mining to end on North Stradbroke by 2019

The Labour Government has passed controversial legislation to end sand mining by 2019 on North Stradbroke Island off the coast of Brisbane.

The LNP opposed the bill, but the Labour Government were able to get the one-up with the support of independents Billy Gordon and Rob Pyne.

North Stradbroke Island is the second largest sand island in the world after Fraser Island, which is also off the coast of Brisbane. The Island has been mined for sand since 1949.

The fate of the sand mine has been yo-yoing back and forth for years now: 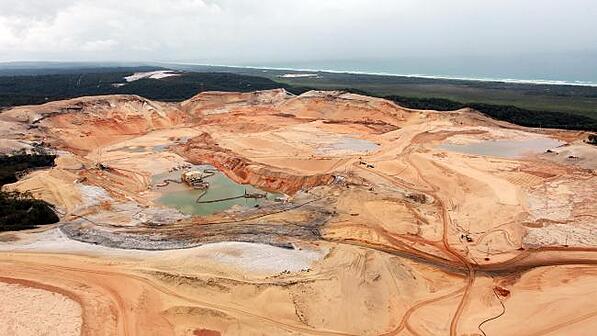 The LNP Government along with mining and business groups have slammed the early close of the sand mine for the resulting job loses and damage to the local economy.

A Deloitte report commissioned by the State Government. found that the closure of the mine would cost the states economy around $1 billion a year. Sibelco currently holds the lease to the mine, employing around 140 staff with approximately 110 living on Stradbroke Island.

However, the Labour Government has taken a long-term look at the operation of the mine and the effect on the community, environment and economy and have been campaigning to Save Straddie for years.

Environmental Minister Dr Steven Miles said that the close the sand mine was supported by the community, the business sector, traditional owners and new investors and that it is time to find new, sustainable jobs to carry on into the future.

Stradbroke Island Management Organisation secretary Howard Guille said mining was a finite industry and was going to end at some point regardless.

The government are providing an Economic Transition package worth $28m to those affected in the transition and to prepare North Stradbroke Island to a sustainable future and tourist destination.

The outcome is a win for the traditional owners of the land, the Quandamooka people who had been locked out of places of cultural significance because of the sand mine. Government Minister and Indigenous Labour MP, Leanne Enoch said that although many of her family members had benefited from the sand mine, it is now time for a new economy.

Stay updated on developments and subscribe to Felix Project News.

Two large-scale battery storage with a combined capacity of 55MW are going to be built in Victoria, with the projects jointly funded by the State Government and the Australian Renewable Energy Agency (ARENA) – each investing $25 million.