A builder is now being sought after for the construction of Western Sydney Airport’s terminal precinct and the registrations of interest have been opened to both Australian and global construction firms that are interested in getting involved in the project.

“Even in context of an infrastructure boom, we’ve had a high level of interest from the market in each of the tenders we’ve released so far.

“The terminal will be the heart of Western Sydney International - it is the flagship of the airport and it will be a flagship project for the company that wins the contract,” Western Sydney Airport CEO Graham Millett said.

The winning contractor will undertake the construction of the first stage of Western Sydney International (Nancy-Bird Walton) Airport’s integrated international and domestic passenger terminal precinct, which will include the baggage handling system, IT network and aerobridges.

The terminal’s design will cater to future modular expansion with little to no disruption to passenger and airline operations.

The architect who will design the project is set to be announced by the end of 2019 together with the release of the first concept designs for the new airport’s terminal precinct.

In addition, an optimised airport site layout (ASL) - or blueprint for the Western Sydney Airport - has been revealed to inform the detailed design process. The revised ASL will help streamline airport operations as well as provide safer manoeuvering for aircrafts, improve efficiency and provide better flexibility for growth. 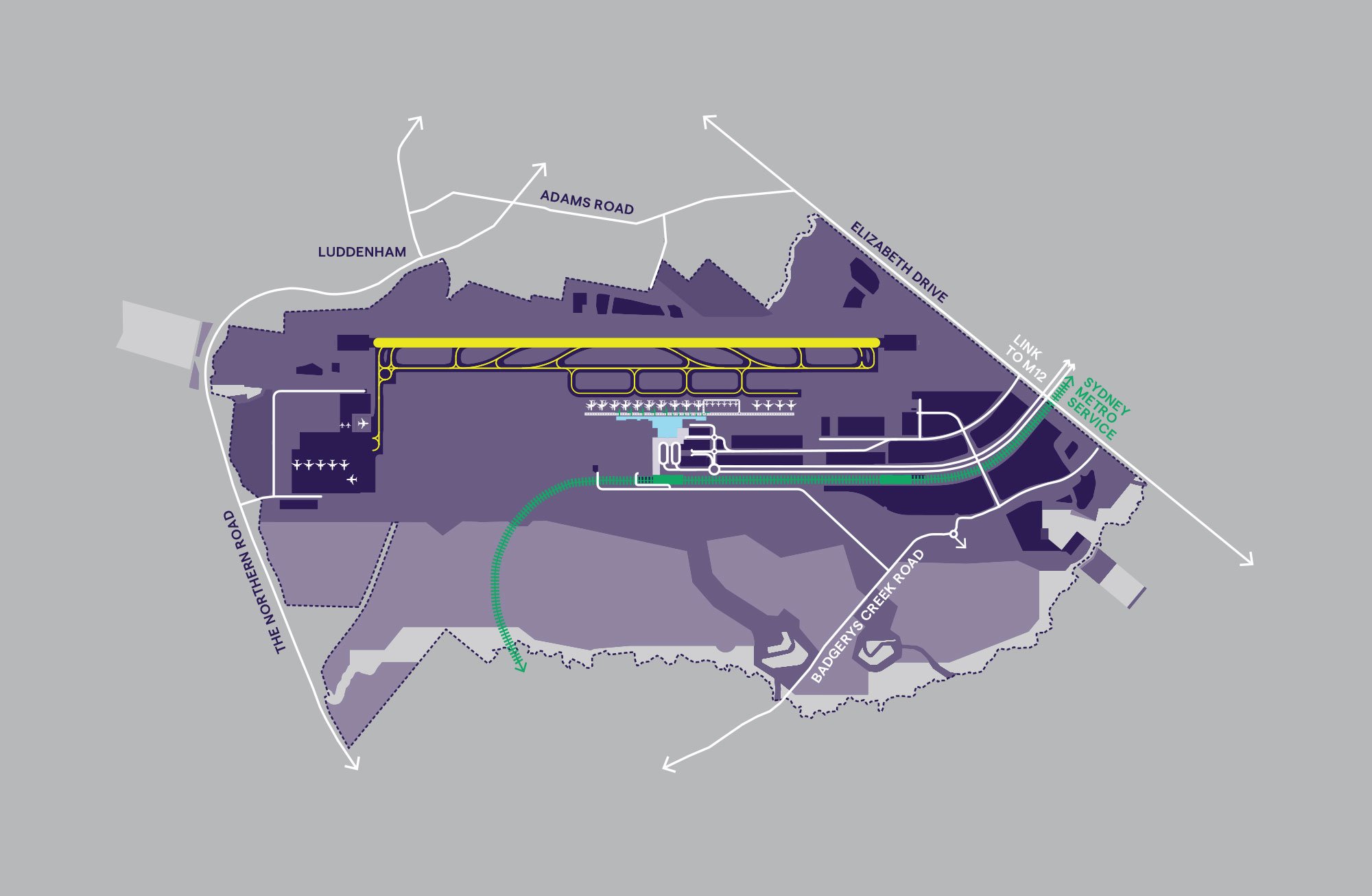 The new ASL will feature a public plaza at the terminal’s entrance and it will integrate the public transport interchange - including bus stops and a link to one of the two Sydney Metro Greater West stations at the airport.

“Our updates to the ASL simplify the airport, meaning better outcomes for passengers and airline operations in terms of amenity, efficiency, access and safety.

“The new layout for the public plaza supports our vision for Western Sydney International as an airport that people love using, even if they’re not catching a plane,” Mr Millett said.

Registrations of interest for the delivery of the airport terminal precinct will be open until 23 September 2019.

The contract to build the terminal precinct is anticipated to be awarded in 2021 and construction will commence later that year.

The new Western Sydney International (Nancy-Bird Walton) Airport at Badgerys Creek is on track to begin operations in 2026.

It will soon be easier and faster for travellers to get to the Melbourne Airport as construction is set to commence soon on a $60 million express road that will connect the Tullamarine Freeway to the airport’s Terminal 4 car park.

Work is now underway on the Airport Central Station box structure, as part of the $1.9 billion Forrestfield-Airport Link project in Western Australia.