Port of Melbourne has engaged Seymour Whyte – a VINCI Construction subsidiary – to undertake the delivery of the Port Rail Transformation Project.

Seymour Whyte was awarded a $125 million design and build contract that includes the development of new rail infrastructure at the port as well as a new rail terminal interfacing with the Swanson Dock East container terminal.

“We are delighted to have entered into an early contractor involvement (ECI) contract with Port of Melbourne earlier this year and now the delivery contract of this important Port Rail Transformation Project.

“We have worked collaboratively with Port of Melbourne to develop the preferred transport infrastructure engineering solution, seeking to understand and address the challenges and priorities for the port’s future,” Seymour Whyte Managing Director and Chief Executive Officer John Kirkwood said.

The contract was awarded following a competitive expression of interest and tender stage, and Seymour Whyte will now work in partnership with Port of Melbourne and WSP – the design partner for this project – to successfully deliver the project.

“We look forward to working with Port of Melbourne to deliver this exciting project that will transform freight movement and efficiency within Australia’s largest container and general cargo port.

“We are committed to minimising impacts and delivering best outcomes for our stakeholders. The challenges of a 24/7/365 operational environment will be managed through close coordination and interface management with project stakeholders – by continuing to work with them to ensure that port operations are maintained throughout projects,” Seymour Whyte General Manager for Victoria, Tasmania and South Australia Courtney Hoops said.

To help minimise impacts, several environmental initiatives will be explores including: 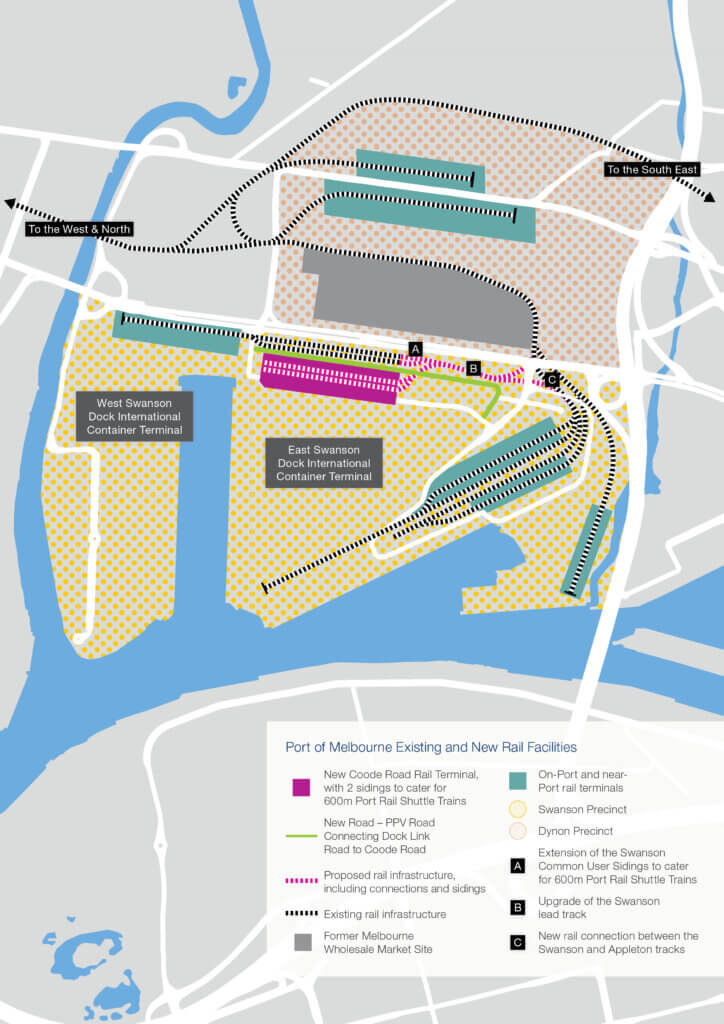 The new rail infrastructure at the Port of Melbourne will include:

“Port volumes continue to grow. We are responding to that growth by developing innovative and sustainable solutions to improve rail usage at the port, and also the added benefit of increased connectivity for a more efficient and effective port supply chain.

“This is an exciting and much needed project to facilitate more freight on rail. The increases rail offering will reduce the number of trucks on the road, especially around the inner western suburbs, and will support the metropolitan port rail shuttle network,” Port of Melbourne Chief Executive Officer Brendan Bourke said.

Early works on the project commenced in August 2021, with major construction to get underway from October of this year until 2023.

With the support of the Victorian Government, a new on-dock rail is set to be built at the Port of Melbourne to help reduce truck movements as well as improve productivity and further enhance Australia’s premier port.

A new port facility is due to be constructed at the site of the old Port Augusta power stations as the South Australian Government approves Port Augusta Operations’ Development Application for the transformational project.

The $125 million Port Rail Transformation Project in Victoria is progressing well as it reaches the next stage of works, taking the project a step closer to transforming the rail network at the Port of Melbourne as well as removing trucks from Victorian roads.