A shortlist of builders has been announced for the delivery of the Coffs Harbour bypass project in New South Wales, marking a new major milestone following the Registration of Interest that commenced in June of this year.

Shortlisted tenderers include CPB Webuild Joint Venture, Acciona Seymour Whyte Joint Venture and Gamuda Ferrovial Joint Venture. The tender process is going to be finalised by the end of the year and a successful builder is expected to be announced by mid-2022.

This major road project is set to transform the region as well as improve how people travel along this vital route.

The Coffs Harbour bypass is being delivered as part of the Pacific Highway Upgrade – a significant piece of infrastructure that will connect Melbourne, Sydney and Brisbane.

“This will be the biggest infrastructure project in Coffs Harbour’s history, removing more than 12,000 vehicles a day from the centre of town, bypassing 12 sets of lights and saving around 11 minutes in travel time.

“The improvements in congestion and safety will be enormous, and will ensure Coffs Harbour continue to grow and prosper,” Deputy Premier and New South Wales Minister for Regional Transport and Roads Paul Toole said.

The bypass project is anticipated to create about 12,000 jobs during its construction, bringing in a much-needed boost in the local economy.

“Not only will locals get to work but they’ll also get valuable training and experience that will be transferable to many careers or business ventures.

“Supporting businesses will also enjoy a boost, as seen up and down the coast during the recently completed Pacific Highway upgrade,” Federal Member for Cowper Pat Conaghan said.

“We’ve signed up 13 local builders to carry out work on a range of home-noise treatments including seals to windows and doors; reglazing with acoustic glass; installation of air conditioning; acoustic insulation; or relining of exposed walls.

“More than 30 local businesses have also been engaged for the preliminary work now taking place and there will be more opportunities for local suppliers as works progresses,” State Member for Coffs Harbour Gurmesh Singh said. 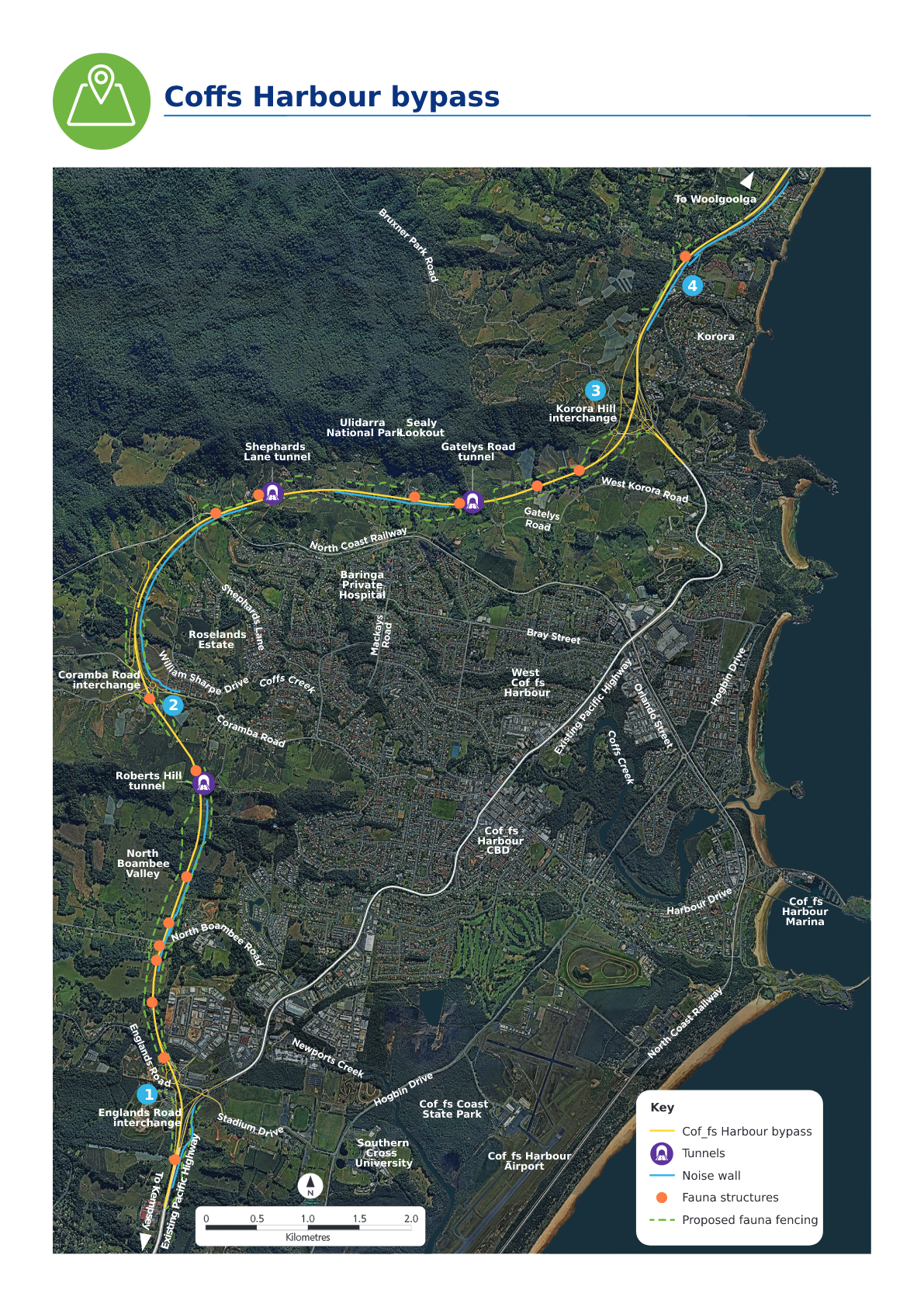 The Coffs Harbour bypass route was confirmed in 2004 and it includes a four-lane divided motorway standard road from Englands Road in the south, linking to an upgraded Sapphire to Woolgoolga section of the Pacific Motorway in the north. The bypass will go through the North Boambee Valley then through the Roberts Hill ridgeline and travel across the foothills of the Coffs Harbour basin west and north to Korora Hill.

The project will also include building three tunnels at Roberts Hill, Shephards Lane and Gatelys Road as well as three interchanges at Englands Road, Coramba Road and Korora Hill.

Once open to traffic, the Coffs Harbour bypass will help improve efficiency and safety for all road users passing through this 14-kilometre route.

Green light given to $470m Southgate redevelopment in VIC

The Victorian Government has approved a $470 million redevelopment of one of Melbourne’s largest shopping malls and restaurant complexes that lie opposite Flinders Street station on the Yarra River.