In July of this year, this multi-million dollar upgrade was added as a high-priority project to the Infrastructure Priority List.

The second stage of the Monash Freeway Upgrade will include: 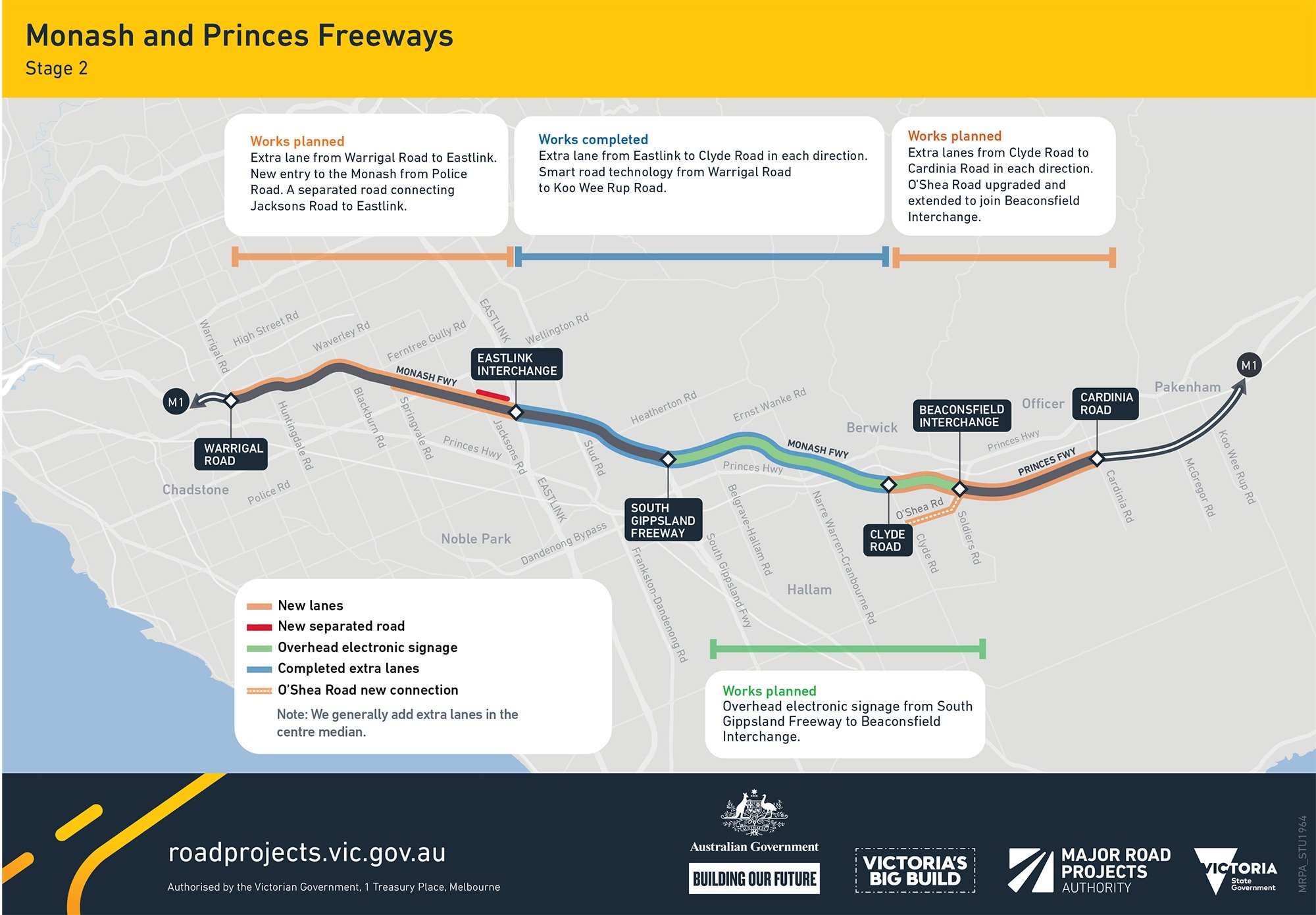 According to Victorian Minister for Roads and Road Safety Luke Donnellan, this project will help enable motorists to get to their destinations quicker.

“By adding extra lanes where they’re needed, drivers will spend nine minutes less time stuck in traffic during a peak hour trip from Pakenham to the City,” Mr Donnellan said.

The Monash Freeway Upgrade Stage 2 is expected to support up to 600 jobs during its construction phase.

The second stage of the Monash Freeway Upgrade is jointly funded by the Australian and Victorian Governments, with each contributing $500 million and $211 million respectively.

Stage 2 of the $1.4 billion Monash Freeway upgrade in Victoria is now under construction and the centre media of the road corridor has been transformed into a work site. The beginning of construction is being supported by an additional $367.5 million funding committed by the Federal and State Governments.