Construction on the new rail link is expected to commence at the beginning of term of a re-elected Labor Government. 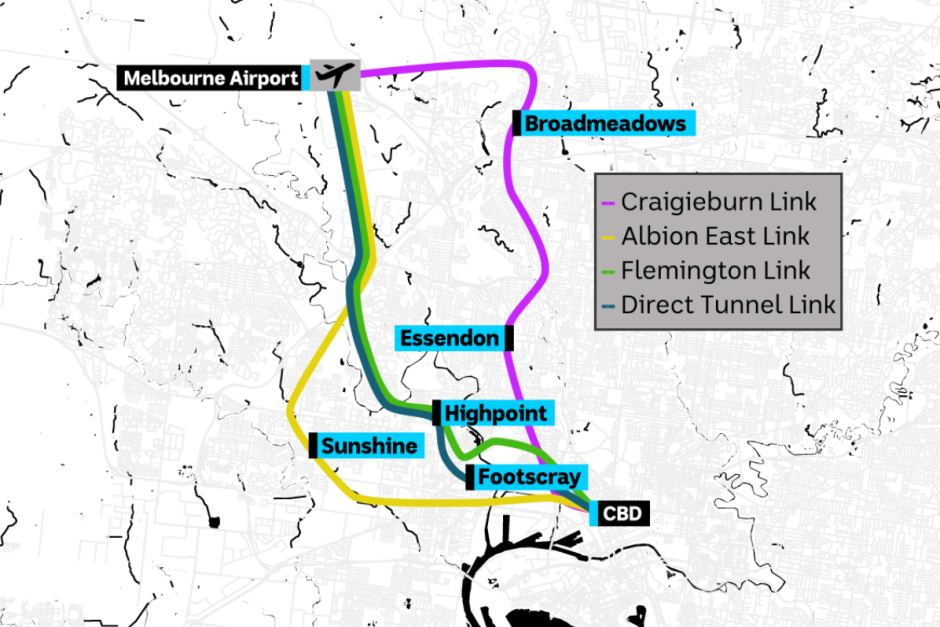 The Sunshine alignment will get trains to travel to Melbourne Airport via a new Sunshine Super Hub that will connect regional as well as metro trail lines - including the future Metro Tunnel - to the new airport rail link.

The new Sunshine Super Hub will also allow for fast regional rail services from Ballarat and Geelong to Melbourne Airport with just one change.

“The Andrews Labor Government will build the airport link via Sunshine, so that Victorians can access the airport by rail, no matter where you live.

“Not only will this deliver faster train services to and from the airport, but it will pave the way for fast rail to Geelong and Ballarat,” Minister for Public Transport Jacinta Allan said.

The chosen route will get trains to travel north from Sunshine using the Albion East rail reserve as well as sections of tunnel in order to protect homes and businesses along the route, before it connects in to Melbourne Airport.

Through a rigorous new analysis done as part of initial works for the Airport Rail Link Business Case, the Sunshine alignment was rated 4.3 out of 5 overall in the competitive analysis of the four route options. The analysis also identified the expected cost to build the Sunshine Route, which ranges between $8 - 13 billion.

Works are underway on a full business case for the Melbourne Airport Rail Link, which Rail Projects Victoria will be completing next year.

Construction on this major transport project is expected to commence in 2022.

Watch this space to stay up to date with the latest industry news and project updates by subscribing to Felix Project News today.

After signing off on plans for the estimated $5 billion Western Sydney Airport at Badgerys Creek project late in 2016, the Australian Government has announced that it will be building, owning and operating the second Sydney airport.

The Australian and New South Wales Governments will each be investing $3.5 billion towards the delivery of a metro rail line in time for the opening of the Western Sydney International (Nancy-Bird Walton) Airport at Badgerys Creek.