“Laing O’Rourke has a long and proud history of delivering major metropolitan rail projects around the world, including here in Sydney.

“The contract was signed with Transport for New South Wales last week, making our role official and signalling the start of work on the design phase of the project,” said Laing O’Rourke’s Regional Director Mark Dimmock.

Construction works – in tunnels and above ground – are well underway at various locations along the route of the Sydney Metro Northwest. Works include the following:

Sydney Metro City and Southwest, on the other hand, is currently in the planning phase. The first – out of five – tunnel boring machines (TBMs) is expected to be in the ground before the end of 2018 and it will deliver a new 15.5-kilometre twin railway tunnels from the end of Sydney Metro Northwest at Chatswood to Sydenham. 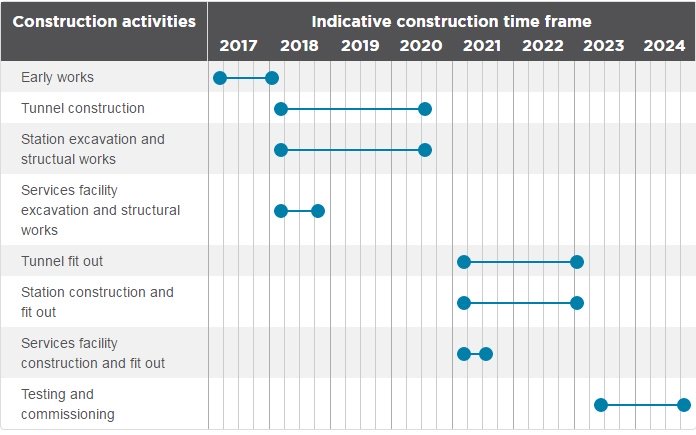 Get the latest Sydney Metro project news and updates straight to your inbox by subscribing to the PlantMiner newsletter today.

Another major Sydney Metro – Western Sydney Airport works contract has been awarded. This follows the awarding of a $1.8 billion Station Boxes and Tunnelling Works contract in December 2021.