It's recently been announced that VEC Civil Engineering Pty Ltd have been awarded the single largest tender of the $119.6 million Tasmanian Freight Rail revitalisation project, carrying out the track works for the Melba and Western line.

Both the Australian and Tasmanian governments have funded the project and each have committed a $59.8 million budget according to Acting Prime Minister and Minister for Infrastructure and Regional Development, Warren Truss. The project aims “to secure the safety, reliability and competitiveness of rail freight operations in Tasmania."

"Works as part of the Freight Rail Revitalisation are taking place on the rail network across the state, helping to ensure safe, reliable and environmentally responsible freight solutions are available in Tasmania for years to come." – Mr. Warren Truss 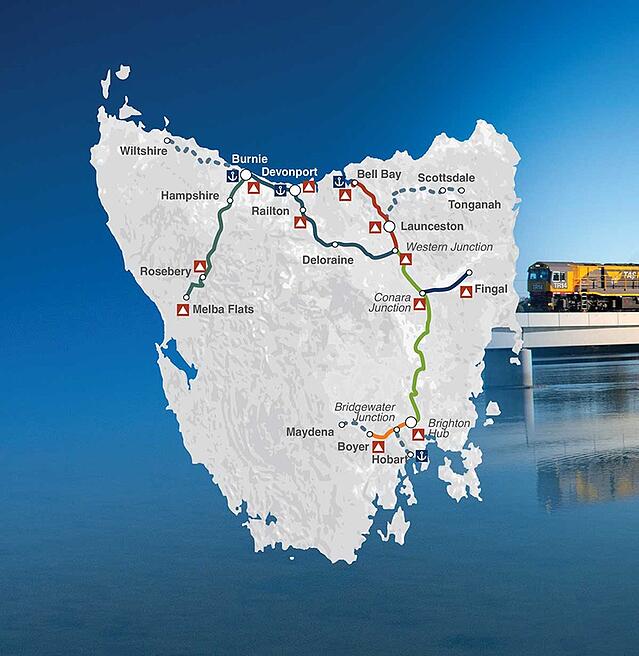 VEC Civil Engineering Pty Ltd will be responsible for the re-sleepering, re-railing and other associated track upgrade works on the Melba and Western lines according to Federal Member for Bass, Andrew Nikolic. As part of the revitalisation project, 48000 sleepers and 30 kilometres of rail will be laid and at the same time maintaining the timetabled rail traffic during construction.

According to Federal Member for Lyons Eric Hutchinson, improves capacity and productivity of industries that rely on rail in Tasmania is the ultimate goal for the Tasmanian Freight Rail Revitalisation project. The project will be of advantage to ‘high tonnage’ industries – industries like cement and paper industries where large capacities have to be continually transported to port – as it will help improve the competitiveness in international and interstate trade and commerce.

Brett Whiteley, Federal Member for Braddon said that economic dividends will be delivered for the entire state of Tasmania as a result of this project.

"It's not just about repairing old line, it's about ensuring the state's infrastructure is capable of capitalising on future economic growth as a result of the three North-Asia free trade agreements signed by the Federal Government." – Mr. Brett Whiteley

The Tasmanian Freight Rail Revitalisation project will be able to reduce the costs of freight movements by giving an additional rail capacity as well as improving freight reliability and reduce the freight’s transit times. The upgrade will also lessen derailments altogether.

Furthermore, the value of this project includes a $38 million budget for the cost of materials to be used, transportation, services and contract labour. The upgrade project will also bring in employment to VEC Civil Engineering’s workforce and will include the creating of another 10 jobs at the least.

Tas Heavy Haulage was also awarded a contract for the transport of sleepers and rail from the Port of Burnie to the different worksites involved in the project.

Upgrade works are set to start at the beginning of the New Year and it is estimated to be completed by mid 2017.

Each year, billions of dollars are spent on services, goods and capital works. When a government procurement is undertaken on behalf of the community, tenders are regulated to ensure that decisions made deliver the best value for money of the taxpayer's dollar. We have created the free eBook below to help you understand why highlighting local suppliers will improve your tender applications.