The $133 million Golden Highway Corridor Strategy – developed by Transport for NSW and Maritime Services – has been released, detailing the plans to maintain and improve over 300 kilometres of road which connects the Hunter Valley to Dubbo in New South Wales.

“The NSW and Federal Governments have already committed $133 million to the upgrade of the Golden Highway, which is an important freight link and one of the only three routes north of Sydney where trucks can cross over the Great Dividing Range,” said Parliamentary Secretary for Regional Roads and Rail Kevin Anderson MP. 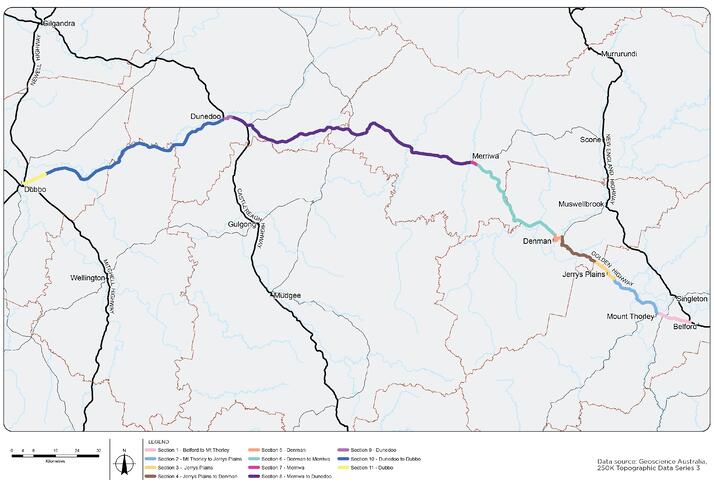 According to Mr Anderson, they are expecting more freight vehicles to use the Golden Highway in the coming years and this project will make the road safer to navigate for both cars and trucks.

“Planned work includes the creation of new overtaking and climbing lanes near Denman, Winery Hill, Ogilvies Hill, as well as between the New England Highway and Putty Road. A number of intersections have also been identified for upgrades, along with the level crossing at Denman.

“Sections of road will be repaired and widened with additional work undertaken to reduce the impact of flooding at Talbragar River, Uarby and Mudies Creek, Whittingham. Three new heavy vehicle inspection sites will also be created,” Mr Anderson said.

Stay up to date with the latest industry news and project updates by subscribing to Felix Project News.

John Holland, who was awarded the $176m construction contract for Stage One of the $1.12b NorthLink WA roads project, is teaming up with engineering and construction firm Valmec to deliver the contract.

Valmec have been awarded a $13.3m contract to provide bulk earthworks and drainage work for stage one. Work will begin immediately and is expected to be completed by October 2017.

A new solar farm is anticipated to be built in West Wyalong after the New South Wales Government gives planning approval to Lightsource BP for its proposed $135 million renewable energy project.

A major milestone has been marked for the 87MW Beryl Solar Farm in New South Wales, with First Solar reaching financial close for the development. In addition, Downer EDI has also been awarded a $150 million engineering, procurement and construction (EPC) contract for the project.