Two METRONET projects get ready for construction this year

The contract to build the new Bayswater Station has been formally awarded to the Evolve Bayswater Alliance – comprised of Coleman Rail – with Decmil to contribute to the works. New artist impressions and an animation for this project have been released as well.

In addition, the construction contract for the Denny Avenue level crossing removal has also been formally awarded to Downer EDI.

“In times like these it’s important we continue to progress the projects that will provide work for local businesses and keep workers in their jobs. This will ultimately support the State’s wider economy.

“The METRONET Bayswater Station upgrade and Denny Avenue level crossing removal projects, combined with construction of other nearby major projects like the Tonkin Gap and Morley-Ellenbrook Line, will help support the WA economy through some tough times ahead,” Transport Minister Rita Saffioti said.

The Bayswater Station project will include:

The new station at Bayswater is set to become a new METRONET precinct providing connections to the Midland Line, Forrestfield-Airport Link and Morley-Ellenbrook Line.

This $253 million project is expected to support up to 350 jobs as well as help the State move towards economic recovery post-COVID-19.

“The heritage precinct of Bayswater is ready to support the jobs and innovation the station redevelopment brings. 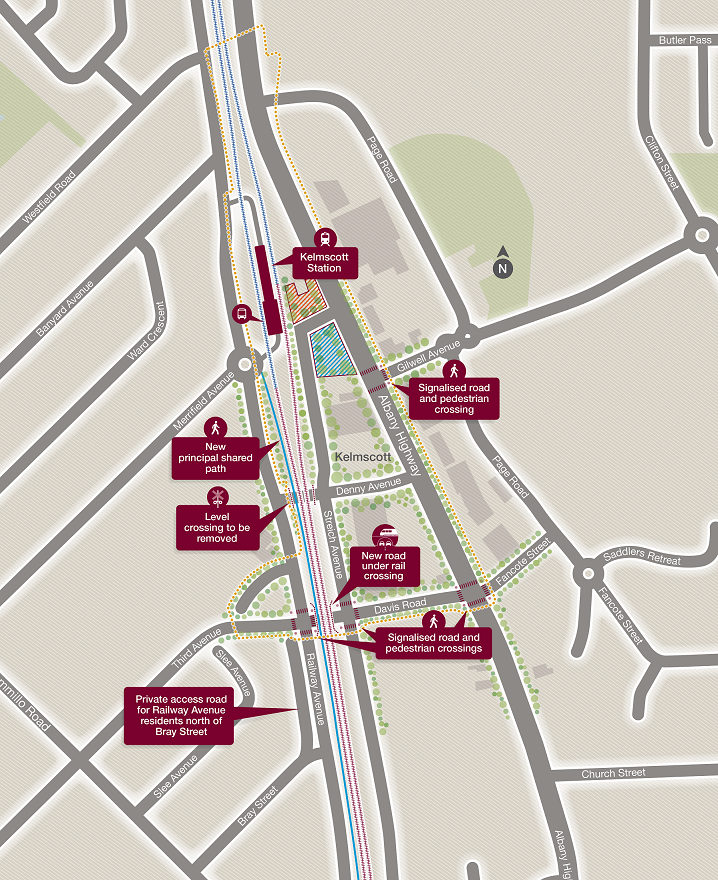 The Denny Avenue level crossing project in Kelmscott will include:

The Denny Avenue level crossing is the first of about eight level crossing to be removed as part of the wider METRONET development and it is expected to support up to 150 jobs.

“This final step in the removal of the Denny Avenue level crossing is welcome news for motorists in the region.

“The revitalisation of the town centre is perfectly timed to bring a much needed boost to business confidence and employment opportunities,” Armadale MLA Tony Buti said.

The projects under the METRONET development play a vital role in the State’s recovery plan for its post-pandemic response.

About six METRONET projects are going to get underway this year alone and local businesses are encouraged to register their interest to get involved in the delivery of METRONET works here.

The Queensland State Government has recently announced that it will deliver one Queensland's largest road project programs to Mackay and the Whitsundays.