Two significant redevelopment projects in Brisbane – with a combined worth of almost $3 billion – have marked new milestones last month and these projects are now a step closer to transforming Brisbane City.

Mirvac’s proposed $670 million redevelopment project of 200 Turbot Street is one of the projects and it has been given a conditional agreement that takes it closer to becoming a reality.

“Queensland is getting on with our economic recovery by supporting job-generating projects.

“Redevelopment of the site is conditional on Mirvac securing arrangements that will ensure the site becomes a vital part of Queensland’s commercial sector and stimulates construction activity,” Deputy Premier and Minister for State Development Steven Miles said.

The redevelopment of 200 Turbot Street is expected to support up to 360 jobs annually over a three-year construction period.

The project site was previously leased to The University of Queensland Dental School – which has now been relocated to Herston as the UQ Oral Health Centre.

The site’s redevelopment could also open an opportunity for the renewal of the neighbouring heritage-listed former Brisbane Dental Hospital at 168 Turbot Street. 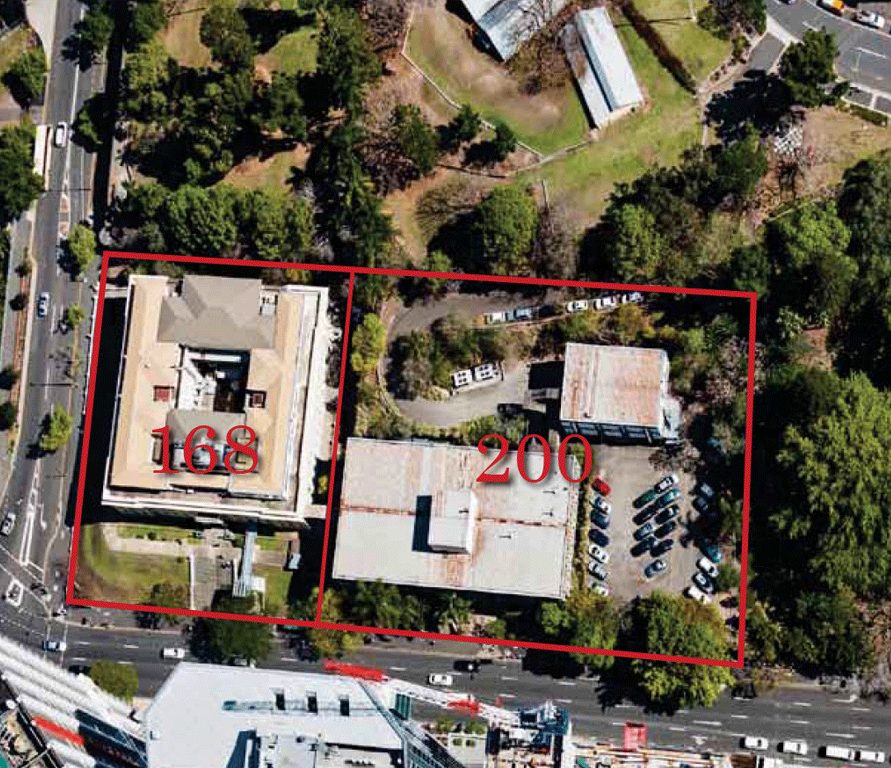 “200 Turbot offers the exciting potential to deliver a premium office development for Brisbane.

“We look forward to working with the Queensland Government, Brisbane City Council and our future occupants to co-create a next generation workplace that responds to the needs of a post COVID-19 workforce and enhances the Brisbane CBD,” Mirvac Chief Investment Officer Brett Draffen said.

The second transformative project is Dexus’ $2.1 billion Waterfront Brisbane development at the Eagle Street Pier and Waterfront Place precinct, which has been granted development approval from the Brisbane City Council.

“The government has been working with Dexus and this is a major step, for a major project, potentially creating thousands of jobs and reinvigorating the key section of the city’s much-loved riverside.

“We’re delighted that Dexus remains committed to progressing this major project in what has been a difficult time for many businesses,” Minister Miles said.

The approved design of Waterfront Brisbane will include:

Construction on the Waterfront Brisbane development is anticipated to commence in 2022, with the first tower due for completion in 2026.

This multi-billion-dollar project is expected to create over 1,000 constructions jobs over the next 10 years and a further 900 operational support jobs once completed.

The Development Assessment Commission has given Walker Corporation the green light to push forward with their $500 million development at Adelaide Festival Plaza, marking another milestone for the redevelopment of the precinct.

Brisbane’s Eagle Street Pier is set to be redeveloped as the Queensland Government and property developer Dexus Group signs a facilitation agreement in December 2019 for the proposed $2.1 billion master plan for Waterfront Brisbane.

WA's Subi East redevelopment set to deliver up to 2700 jobs

The proposed Subi East redevelopment in Western Australia is one step closer to becoming a reality with the State Government approving the business case for the project as well as the commitment of about $227 million towards the development of a new inner-city hub in Perth.