Works are set to get underway on associated infrastructure for the Kidston Clean Energy Hub in Queensland following the award of a $150 million contract to CIMIC Group company UGL.

The contract awarded by Powerlink will include the design, construction and installation of a high voltage transmission line that runs from Kidston to Mt Fox as well as the delivery of a new 275kV switching station at Mt Fox.

“This project will deliver a transmission line and switching station to connect the Kidston Clean Energy Hub to the national electricity grid – a vital step in the provision of power to Queenslanders and businesses. The award follows UGL's involvement with other critical power infrastructure projects in regional areas, including Queensland's CopperString 2.0 and South Australia's Hill to Hill project,” CIMIC Group Executive Chairman and Chief Executive Officer Juan Santamaria said.

“UGL has an exciting pipeline of work in delivering high voltage power projects around Australia, providing communities with a safe and reliable power supply in some of our most remote regions. We are delighted to build on our relationship with Powerlink for this important renewable energy infrastructure project,” UGL Managing Director Doug Moss said. 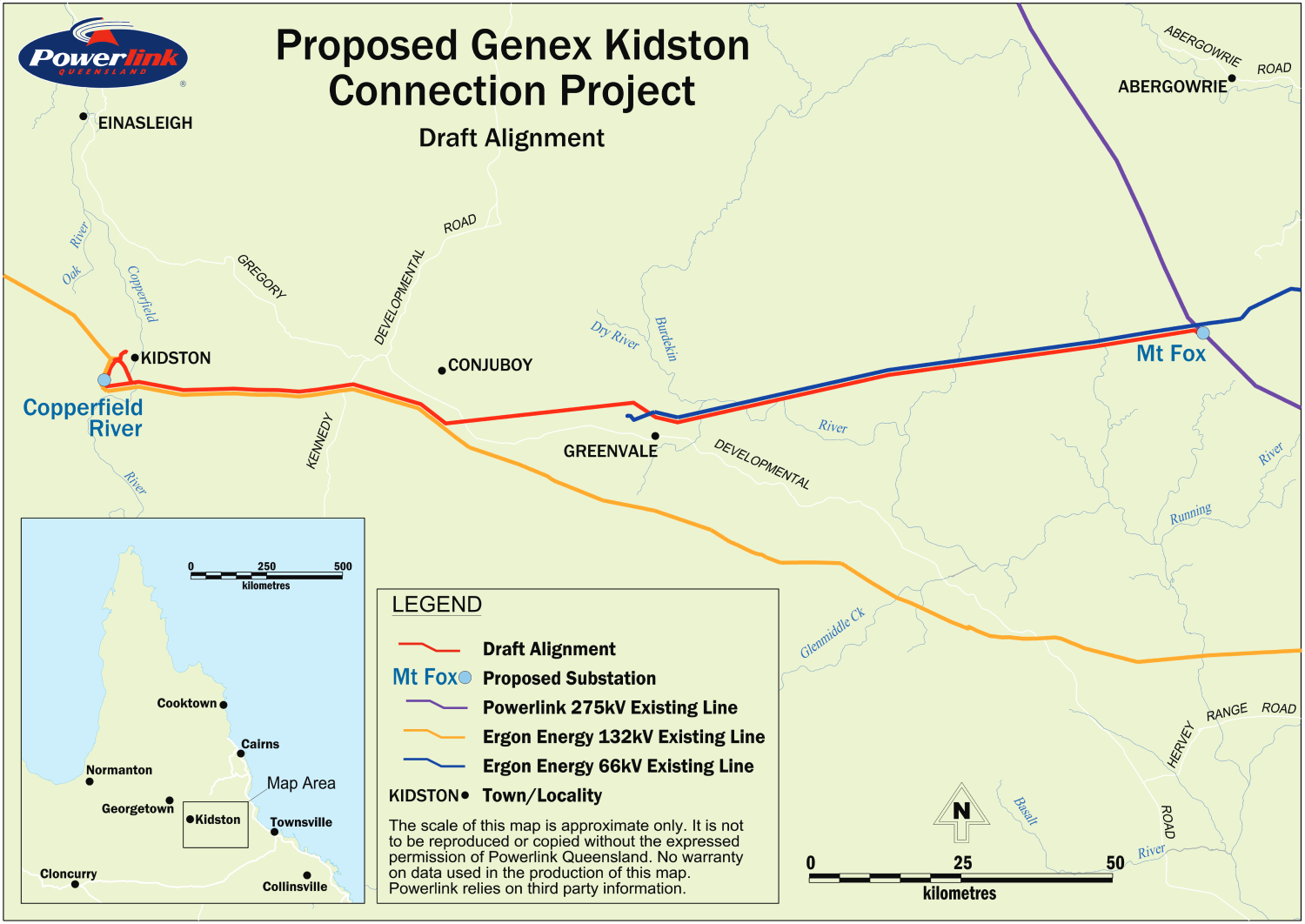 The Kidston Clean Energy Hub is located approximately 270 kilometres north-west of Townsville, on the site of an abandoned gold mine and this renewable energy development is comprised of a 250MW pumped storage hydro and a 270MW solar farm.

Just recently, the Queensland Government invested $147 million towards the Kidston Pumped Storage Hydro Project (K2-Hydro) – the State's first pumped storage hydro development in 40 years – pushing it towards financial close and a step forward to beginning major construction. You can read more about it here.

Both K2-Hydro and the transmission line project are due to be completed and feeding clean energy into the national electricity grid by early 2025.

“By connecting the first pumped hydro storage project in Queensland in more than 40 years, the Palaszczuk Government is ensuring the security of the network. Not only that, construction of the 186 kilometre transmission line alone will support 400 jobs and have impacts across the supply chain in communities like Ingham and Charters Towers,” Energy, Renewables and Hydrogen Minister Mick de Brenni said.

MACA Limited is anticipated to deliver works at the Yandal Gold Project located approximately 83 kilometres northeast of Leinster in Western Australia, with the company signing a letter of intent with Echo Resources for two work contracts following a competitive tender process.