Since launching in August 2019, TBM Joan has dug under rail lines, CityLink, Moonee Ponds Creek, North Yarra Main Sewer and the West Melbourne Terminal Station. Joan has travelled approximately 1.2 kilometres and has installed about 4,200 curved concrete segments that created 700 rings lining the walls of the tunnel.

The second TBM, named Meg, is currently travelling on a parallel route to dig out the second tunnel starting from Arden to Kensington. TBM Meg is expected to break through in the coming weeks.

Works are also underway at the site of the new Anzac Station under St Kilda Street to assemble the third and fourth TBMs. TBMs Millie and Alice are expected to be launched by mid-2020.

“Five years ago work started on the biggest public transport project in Victoria’s history - today, we’re getting it done with the final tunnel boring machines being assembled,” Mr Andrews said. 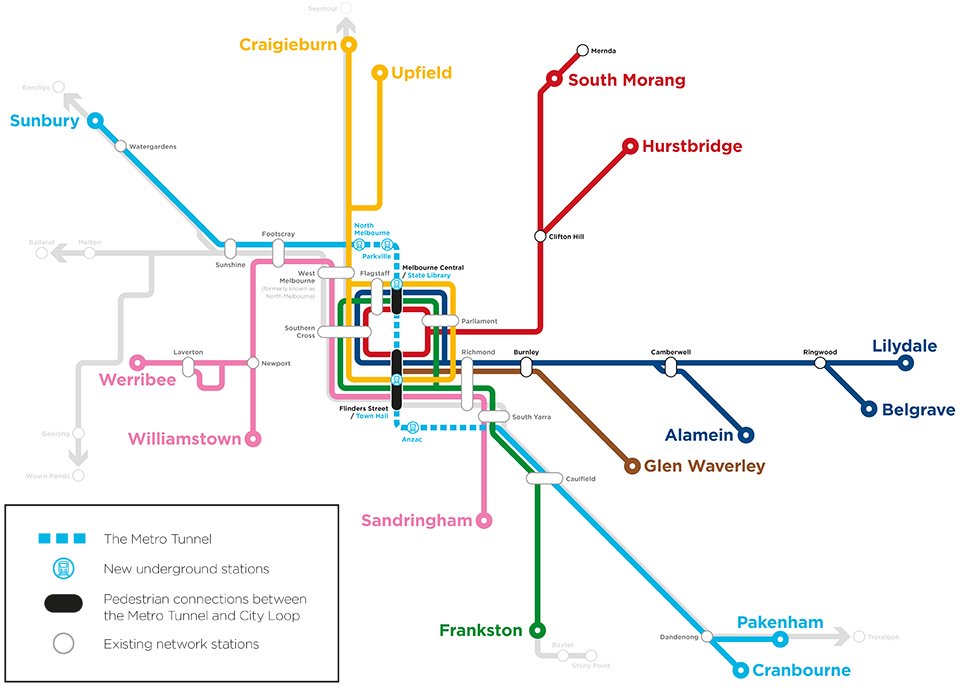 “The Metro Tunnel and North East Link are part of our massive pipeline of road and rail projects that will transform the way Victorians move around our city and state,” the Premier said.

Once Metro Tunnel becomes operational, it will create more capacity for over 500,000 extra passengers a week during peak hours across Melbourne’s train network. The Metro Tunnel is expected to be completed by 2025.

Works are getting underway to make Victoria’s Suburban Rail Loop project a reality, with the State Government getting on with detailed planning and investigations to jump start the stakeholder engagement process.

The delivery of Victoria’s multi-billion dollar Metro Tunnel project is well underway and it is expected to create an additional 2000 jobs, bringing the count to 7000 during peak construction.