As part of a $75 million investment to improve the Eyre Highway between Border Village and Port Augusta, the intersection at Kimba is set to be upgraded to boost efficiency and safety along this route.

Upgrades to the intersection with South Terrace and Cowell-Kimba Road will include realigning the highway and removing a dog-leg which enabled the Eyre Highway to cross the railway line that is now disused.

“The Eyre Highway is a key piece of the state’s road infrastructure, providing the primary road link between South Australia and Western Australia.

“It contributes to the competitiveness of Australia’s agricultural and mining sectors by providing access to essential freight networks in South Australia.

“Making these improvements now will not only provide immediate benefits, but also support the economic future of our state,” SA Minister for Infrastructure and Transport Corey Wingard said.

Works under the $75 million investment is already progressing well with shoulder sealing getting underway methodically along the highway.

“The Kimba project is just part of the improvement of the primary road link between South Australia and Western Australia, benefiting heavy freight vehicles and other interstate and intrastate motorists.

“The works will also incorporate an eastbound rest area to give travellers an opportunity to stop and have a break on their journey, reducing fatigue and helping everyone get home safely to their families,” Federal Member for Grey Rowan Ramsey said.

Planning and design work for the intersection realignment and rest area is going to be undertaken by the Port Wakefield to Port Augusta Alliance (PW2PA).

Currently, feedback on the concept design is being sought after from local residents as well as other highway users.

The Eyre Highway upgrade along with upgrades to Eyre Peninsula Roads are being delivered as part of the Roads of Strategic Importance (ROSI) initiative that aims to improve access for higher productivity vehicles. 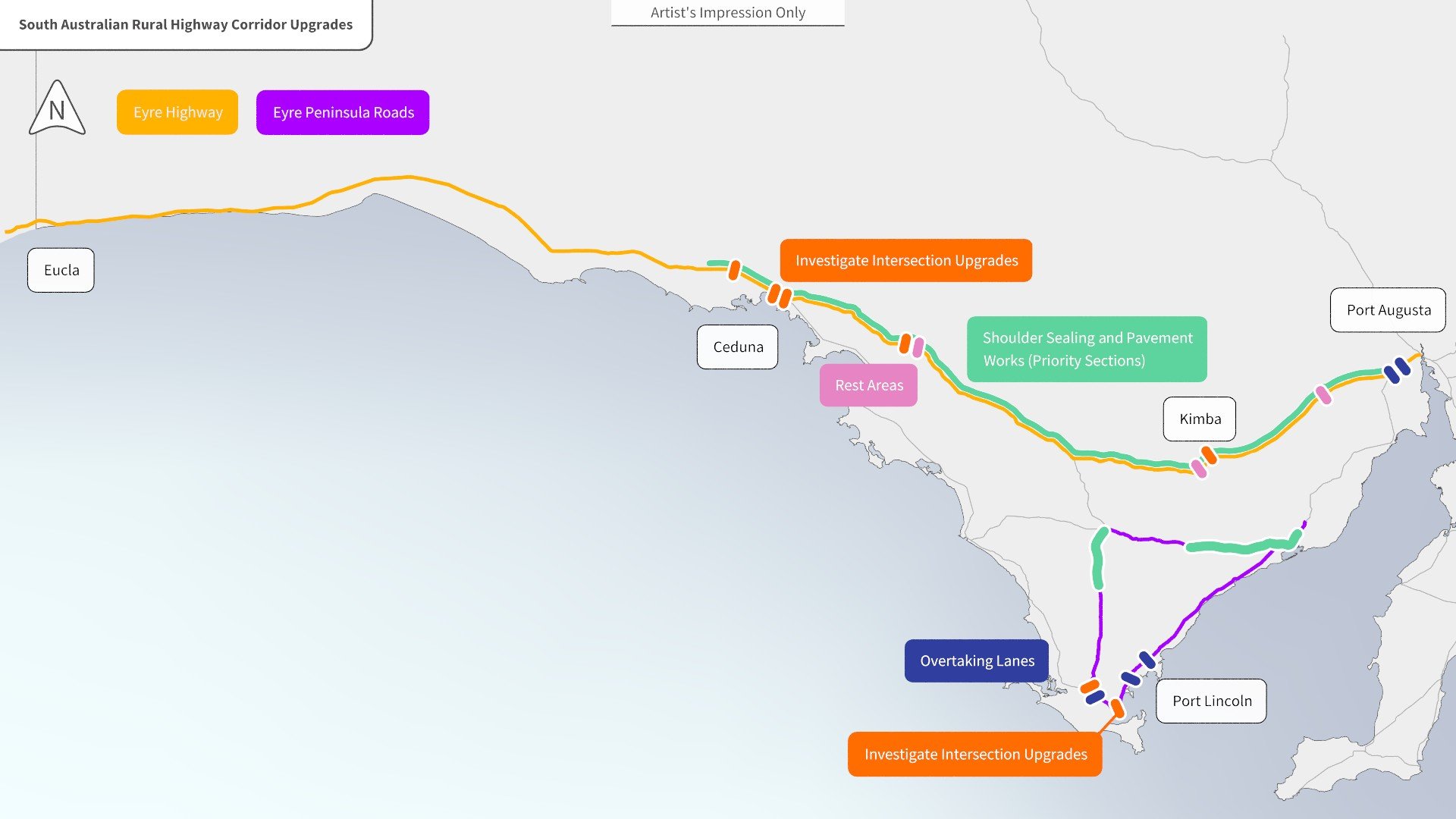 The $125 million Eyre Highway and Eyre Peninsula Roads upgrade could include:

Revised plans for the development of the $230 million Port Spencer Deep Water Port grain export facility in South Australia has been given the go-ahead by the State Government.

ElectraNet Pty Ltd has awarded a $245 million contract to Downer to undertake the upgrade of the existing transmission network in the Eyre Peninsula in South Australia as well as the upgrade of substations.