Construction is getting underway on the $69 million Denny Avenue level crossing removal project in Western Australia, with demolition works ramping up on a number of properties along Third Avenue and Railway Avenue.

In addition, Expressions of Interest (EOIs) are also being sought for contractors to deliver the Kelmscott METRONET precinct. Two contractors are going to be appointed for the project - one for the delivery of road and rail works and one to deliver road and civil infrastructure.

“The release of the EOI is another key step for this critical METRONET project in the heart of Kelmscott.

“Each package of works has a different risk profile for the contractor, so the decision was made to split them into two design and construct contracts,” Transport Minister Rita Saffioti said.

Works under the multi-million dollar project will include: 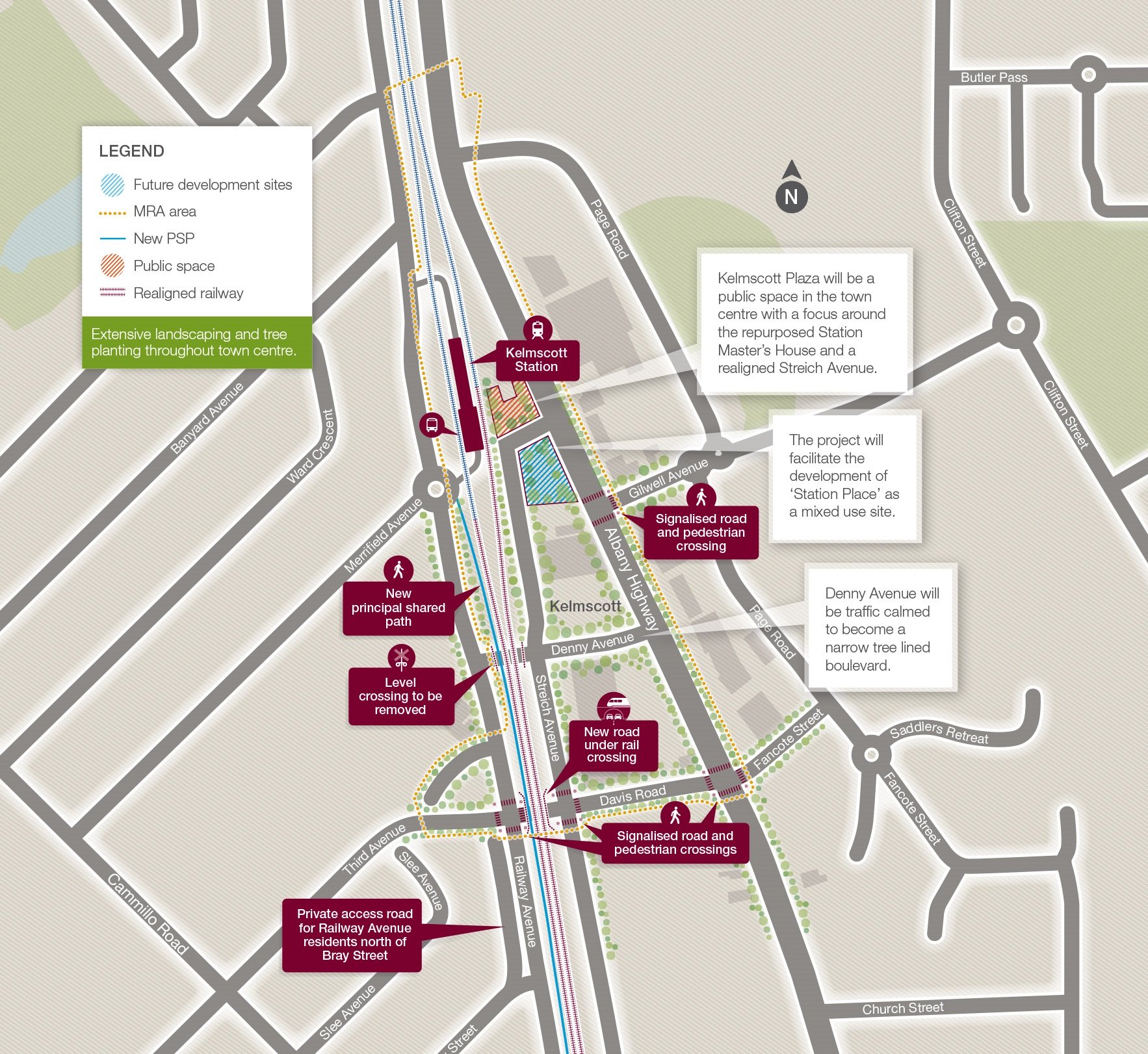 Major construction works are anticipated to commence later this year, with completion of the project due by late 2021.

“The removal of the Denny Avenue level crossing will greatly improve the daily lives of drivers, pedestrians and cyclists, improving safety and decreasing road congestion in the area.

“With construction set to start later this year, this project marks the first part of METRONET’s level crossing removal program and commitment to improving safety for our communities,” Ms Saffioti said.

Approximately 300 jobs are expected to be supported through the tracklaying project at the Claremont Station in Western Australia, with construction a step closer to beginning following the awarding of the $36 million tracklaying and civil works contract to John Holland.

The construction of a new METRONET Lakelands Station is on track to begin next year and the project has marked a new major milestone with the announcement of a preferred builder.