“This Skybridge is a major step in ensuring that we make taking public transport to the airport as easy and user-friendly as possible for passengers, and assist in creating a world-class visitor experience for all,” Transport Minister Rita Saffioti said.

The new elevated pedestrian link will be providing passengers leaving or arriving at the airport via rail with a “seamless connection” between the airport terminal and the train station.

The 280-metre Skybridge is an enclosed elevated walkway that will go over and across the main terminal car park with direct access to the Terminal 1 forecourt as well as access to Terminal 2. Skybridge is also set to feature travelators as well as lifts.

“The development of Airport Central Station and its link to the terminals via the Skybridge will provide a seamless passenger experience to our terminals, and will link the central airport precinct with the new rail line.

“The Skybridge will connect the station with current and future terminal infrastructure, and we will be looking at opportunities to create a ‘sense of place’ in the walkway which will offer visitors a great welcome to Western Australia,” Perth Airport CEO Kevin Brown said. 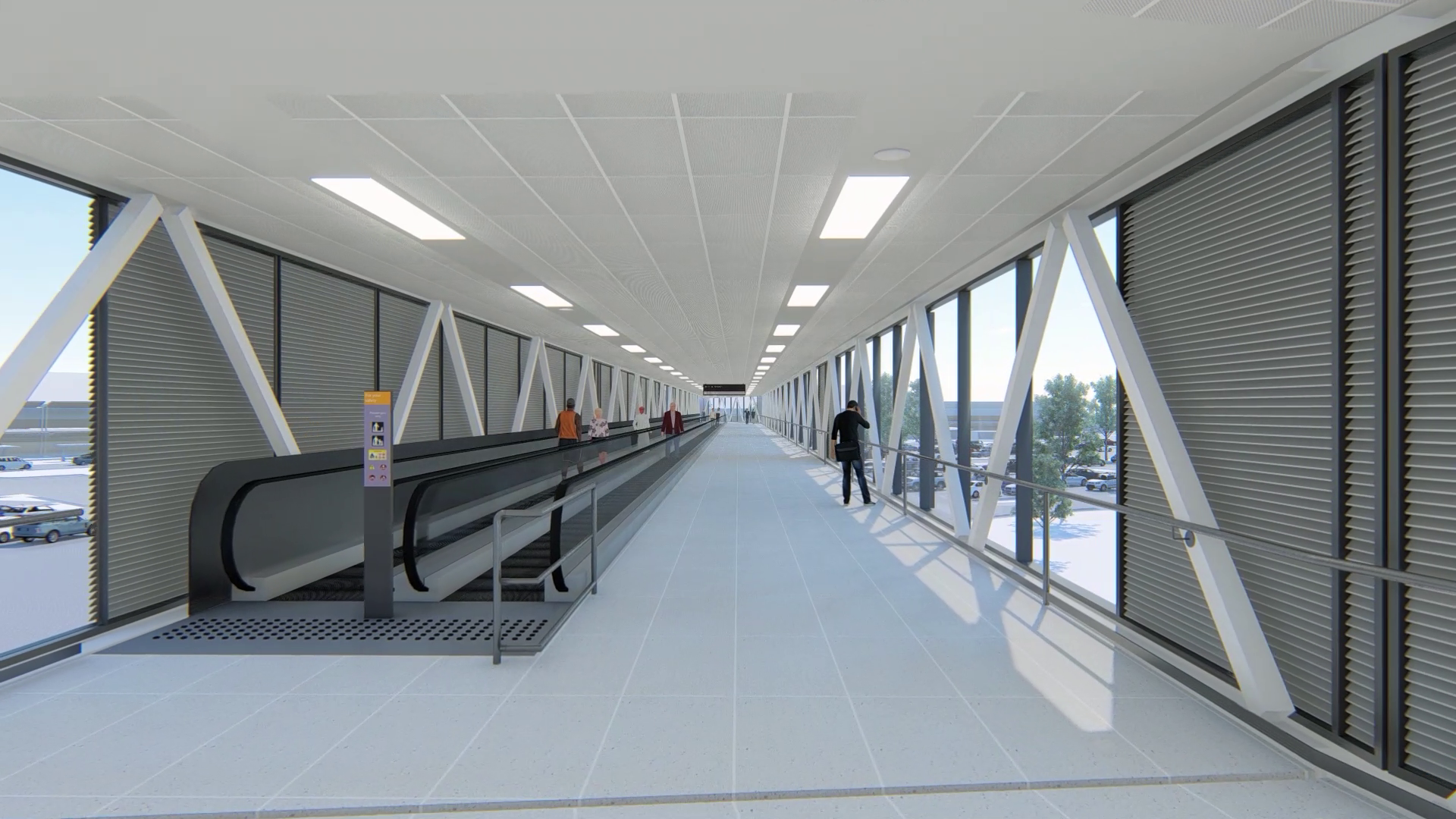 Georgiou Group has secured the contract to deliver the new Skybridge, with the scope of works to include the design and construction of the new elevated pedestrian bridge.

According to Georgiou Group General Manager - Building Steve Okill, this contract award follows the collaboration between the company and Perth Airport under an Early Contractor Involvement (ECI) agreement.

“Off the back of our alternative proposal, we worked closely with PAPL and its various stakeholders to further develop the design and construction methodologies during the ECI phase and prior to works commencing,” Mr Okill said.

With construction already underway on the Airport Central Station, works on the elevator pit as well as the elevated walkway that is part of the main entrance to the station have also commenced.

Registration of Interest (ROI) has been opened for businesses, investors and builders to deliver the Melbourne Airport Rail Link - a multi-billion dollar project that will connect the CBD to the airport via Sunshine.