The Barnett Government has had a significant victory over the group leading the fight against Roe 8. The WA Supreme Court of Appeal has ruled the environmental approvals for Roe 8 should stand, overturning a previous court win for protest group Save Beeliar Wetlands.   On Friday, the Court of Appeal overturned a Supreme Court ruling that deemed the Environmental Protection Authority (EPA) did not take a specific policy into account when assessing the Roe 8 environmental referral documentation.

"In light of today's Court of Appeal's decision, the reassessment of Roe 8 will no longer be required because the original EPA assessment and my ministerial approval remains valid," said Environment Minister Albert Jacob.

As a result of this decision, the project’s full environmental approvals have been restored and Roe 8 can now proceed as planned. 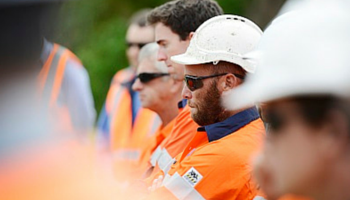 Main Roads WA announced their intention to formalise an Alliance Agreement with its preferred proponent for the Roe 8 works in due course.

The $500 million contract for the project has been finalised but the State will need to revise it now the appeal has been successful.

“We need to revisit that, we won’t rush or panic, we’ll just go about it in an orderly way,” said WA Premier Mr Barnett.

Treasurer Mike Nahan has predicted contracts for the controversial Roe 8 road project will be signed in the next eight months, saying that he was “very confident” the Government would sign contracts and go ahead with the $1.6 billion extension of Roe Highway before going to the polls in March.

Save Beeliar Wetlands spokeswoman Kate Kelly vowed not to give up the fight against the project, saying the group would seek special leave to appeal today’s judgment in the High Court.

Opposition environmental spokesman Chris Tallentire warned the State Government against signing contracts for the project as Labor would not support it if it won the next election.

More on the Roe Highway Extension

Roe 8, Section 1 of the Perth Freight Link infrastructure works, is a 5 km upgrade and extension of Roe Highway from east of Karel Avenue to Stock Road; with modifications to the existing interchange with Kwinana Freeway and new interchanges/flyovers at Murdoch Drive and North Lake Road and flyovers at Bibra Drive, Progress Drive and, Coolbellup Avenue and an interchange at Stock Road.

For more on Roe 8 and Perth Freight Link news, subscribe to PlantMiner's weekly industry round up.

CPB Contractors, with its Alliance partners Georgiou Group, WA Limestone, GHD, AECOM and BG&E, has been appointed to deliver three new projects for Main Roads Western Australia. These three new projects – with a combined value of $276 million – are part of the renegotiated Roe 8 contract.

Works are set to ramp up on the third stage of the Melbourne Park Redevelopment and Lendlease has been contracted to manage the delivery of the project.

Civil Contractors Federation Queensland (CCF QLD), in conjunction with Dial Before You Dig Queensland Pty Ltd (DBYD QLD) and supported by PlantMiner, will be hosting one of the largest Charity Events of 2017 to support Act for Kids.