Construction is set to commence soon on the $32 million new pavement widening and safety works south of Rockhampton on the Bruce Highway – between Bajool and Midgee – with WBHO Infrastructure Pty Ltd as the head contractor.

According to Federal Minister for Infrastructure and Transport Darren Chester, this project is one of four projects being undertaken as part of the Caboolture to St Lawrence pavement widening package. Once completed, the project will improve road safety at high-risk areas on the Bruce Highway.

“More than 5,000 motorists drive the Bruce Highway between Rockhampton and Gladstone each day and one of the simple but effective ways we are making it safer is by widening the gap between centre lines in places and putting more space between oncoming vehicles,” Mr Chester said. 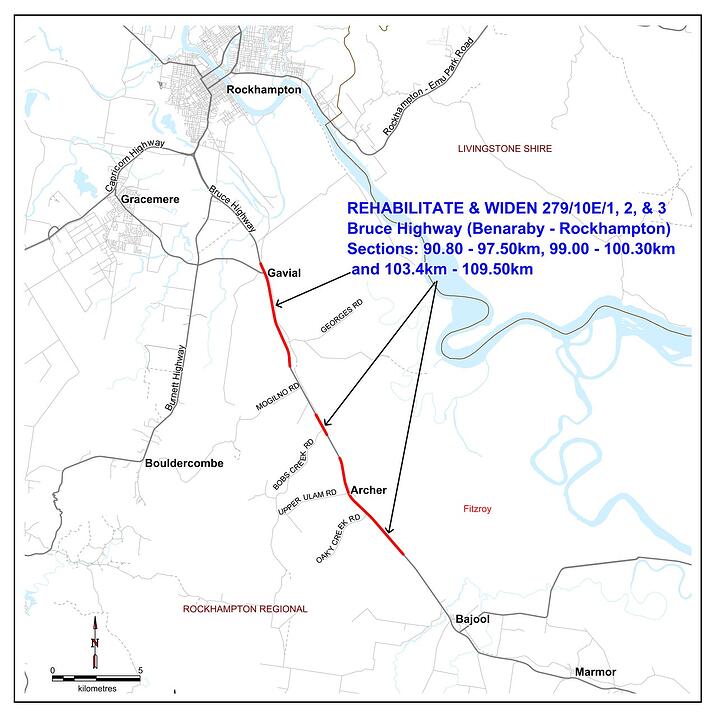 QLD Minister for Main Roads, Road Safety and Ports Mark Bailey said that the Bruce Highway is the backbone for a lot of communities in the State.

“The Bruce Highway works south of Rockhampton will improve safety and traffic flow for all drivers and most importantly, will cater for the continued growth of Bruce Highway traffic into the future. I am looking forward to seeing the completion of this project by mid-2018, weather permitting, as we work toward improving the state’s economy and reducing fatalities on our roads,” Mr Bailey said.

This project is expected to support approximately 128 jobs during the construction phase.

In addition to this project, three other pavement widening and safety projects in the Rockhampton region have also commenced or will be starting shortly, and is expected to be completed over the next 12 months. These projects include:

Source: Queensland Government and Minister for Infrastructure and Transport

Queensland’s $352 million Rookwood Weir project is progressing towards construction as two contractors have been awarded contracts to build the project that will help boost water security in Central Queensland.