Western Harbour Tunnel project in NSW given the green light

A third road crossing of Sydney Harbour is closer to becoming a reality as the New South Wales Government grants planning approval to the development of the Western Harbour Tunnel and Warringah Freeway Upgrade.

This significant road infrastructure will help slash travel times by about 20 minutes from North Sydney to Sydney Olympic Park.

“This city-shaping piece of infrastructure will deliver a vital boost to the NSW economy, with the tunnel and freeway upgrade, along with Beaches Link, expected to support around 15,000 full time equivalent jobs,” Minister for Transport and Roads Andrew Constance said. 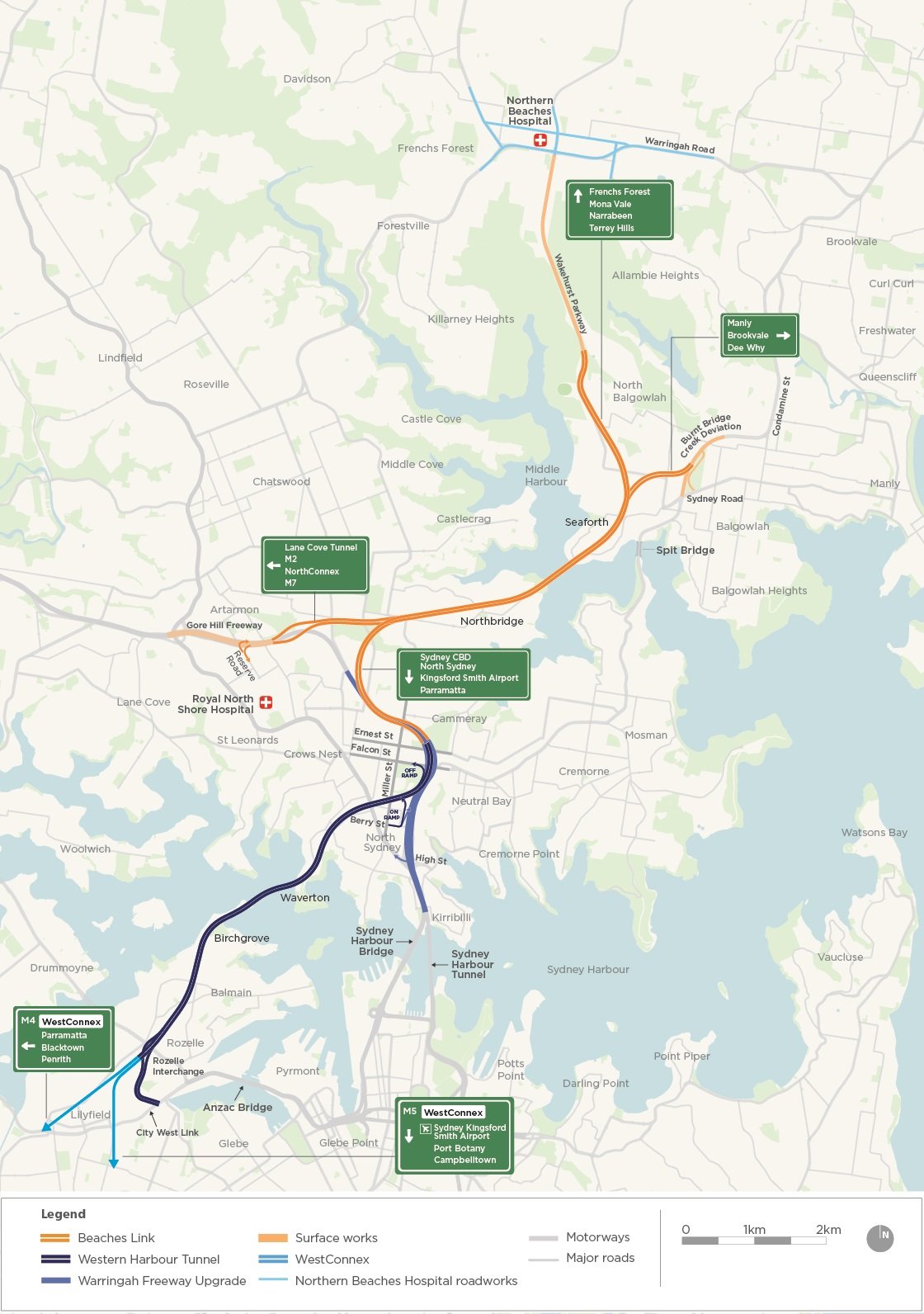 The project will involve the construction of a 6.5-kilometre tunnel with three lanes in each direction and it will be integrated with new and existing public transport connections. The tunnel will run from the new Rozelle Interchange, go under the Harbour and emerge on the Warringah Freeway.

Once open to traffic, the project will transform the way people move across the harbour with the reduced traffic volume on some of the region’s busiest roads.

“Planning approval means the NSW Government can get on with delivering the first stage, which is an upgrade to one of Sydney’s busiest and most complex road corridors, four kilometres of the Warringah Freeway.

“Community feedback on the project has been valuable in helping understand and deliver positive changes to the design and plan, and we will continue to work closely with local communities as the project gets underway,” Minister for Planning and Public Spaces Rob Stokes said.

Upon its approval, the project has been given a set of conditions which includes investigation for the delivery of more footpaths and cycleways in the area as well as the requirement of replacing any trees removed at a ratio of two-to-one.

A survey will be undertaken with local residents and businesses in early 2021. This will help the project team understand the impact of construction so they can properly mitigate it.

Construction on the Western Harbour Tunnel and Warringah Freeway Upgrade is due to commence in the first quarter of 2021 upon the completion of the procurement process and contract awards.

In addition, the Environmental Impact Statement for the Beaches Link project is currently on public exhibition until 1 March 2021 and the community is encouraged to have their say.

The Western Downs Regional Council has given Luminous Energy’s $300 million solar project the go-ahead after a seven-week review process.