Another major milestone has been reached on the massive Sydney Metro development in New South Wales, with the announcement of the confirmed locations for seven Western Sydney Metro stations. This will get construction underway on the project as soon as next year.

“The Western Sydney Metro will fundamentally change how we get around our city for generations to come, connecting Greater Parramatta and the Sydney CBD with fast, safe and reliable metro rail,” Premier Gladys Berejiklian said.

Construction next year will begin at the Bays Precinct, with works to include site surveys as well as investigations and early works - such as road relocation - to prepare the site for major tunnelling. 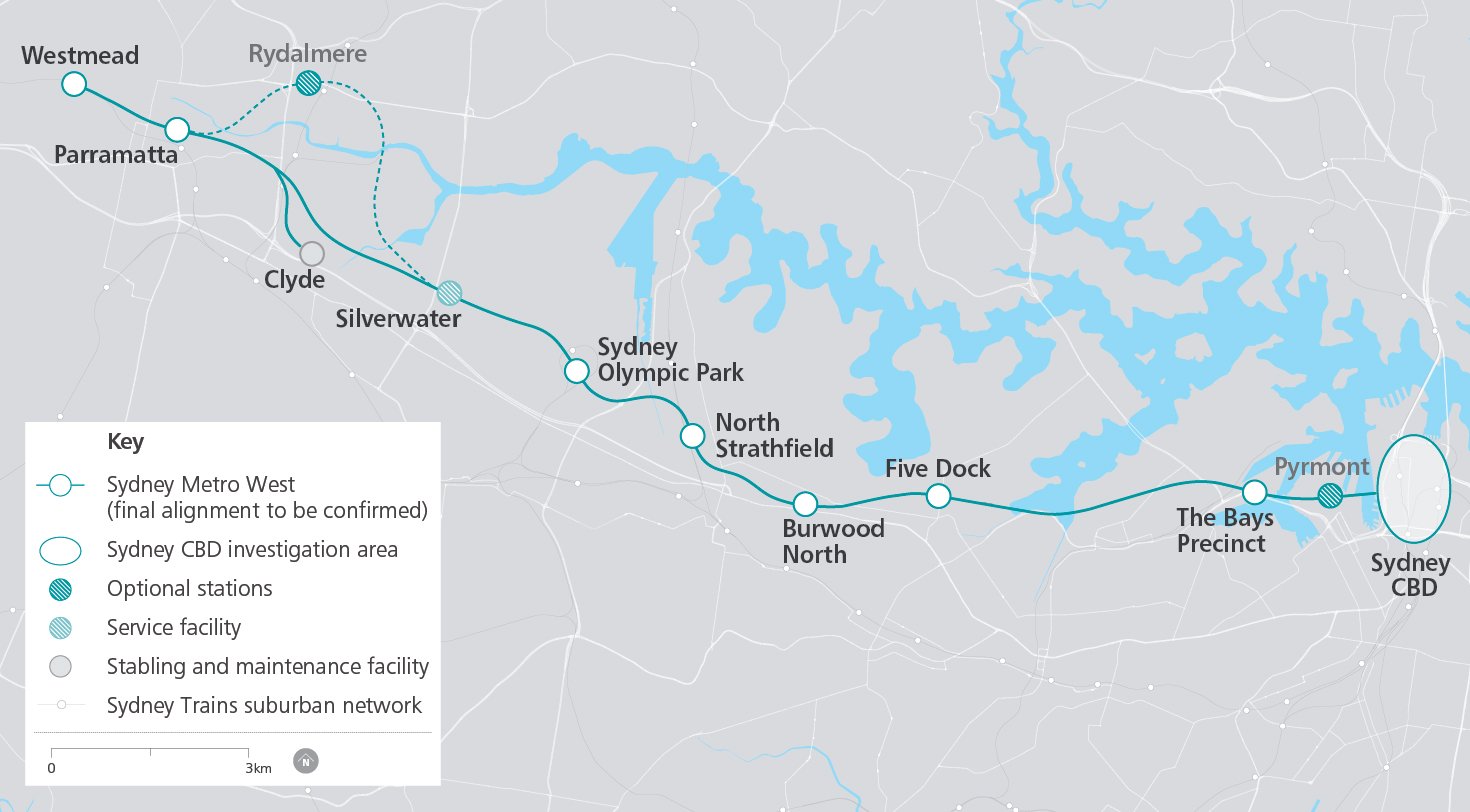 According to Minister for Transport Andrew Constance, the project team has been communicating with the communities along the alignment since 2016.

The future Parramatta Metro Station is going to serve the commercial core of the Parramatta CBD located north of the existing train station.

With more than 10 million visitors each year, Sydney Olympic Park is set to have a second railway station within walking distance of ANZ Stadium. This will reinforce the precinct’s status as a premier events, sporting and entertainment venue in Australia.

The Department of Planning, Industry and Environment will be conducting a statutory planning assessment process and it will provide an opportunity for communities to provide their feedback regarding the Sydney Metro development.

The search for a supplier to build more than 50 kilometres of new tunnels for the Metro rail will also begin. The tunnels are going to be the longest railway tunnels to be built in the country and the construction contract is anticipated to be the biggest tunnelling contract to be awarded in Australian history.

“In addition to becoming the easiest and fastest way to travel between these two cities, the project is also anticipated to create approximately 10,000 direct and 70,000 indirect jobs,” Mr Constance said.

Companies can start registering their interest for the tunnelling contract through the eTendering website.

Procurement has commenced for the remaining work packages for Sydney Metro West and a new innovative contracting approach has been introduced.