Wirsol Energy Pty Ltd (WIRSOL) has reached financial close for the development of two solar farms – with a combined capacity of 199MWp DC – in Victoria and Queensland.

The Wemen Solar Farm in VIC and the Clermont Solar Farm in QLD are being financed through a fully merchant basis with a long-term debt facility from the Clean Energy Finance Corporation (CEFC), with equity provided from WIRCON – WIRSOL’s parent company.

“The CEFC is delighted to work alongside WIRSOL as it increases its investment in large-scale solar projects. These projects are contributing to the ongoing development of Australia’s critical energy infrastructure. We are pleased our commitment of $207 million as sole debt financier to the Wemen and Clermont solar farms will enable WIRSOL to begin construction on the two projects as early as January 2018, while the company continues to secure offtake agreements,” CEFC Large-Scale Solar Lead Monique Miller said.

RCR Tomlinson has been awarded the engineering, procurement and construction (EPC) as well as long-term operations and maintenance (O&M) contracts for both solar farms. On the other hand, asset management has been contracted to CWP Renewables.

The Wemen Solar Farm will have a capacity of 110MWp DC. The project was acquired by WIRSOL from Overland Sun Farming in November 2017.

The solar farm is going to be located near Mildura and will be occupying approximately 770 acres of land. 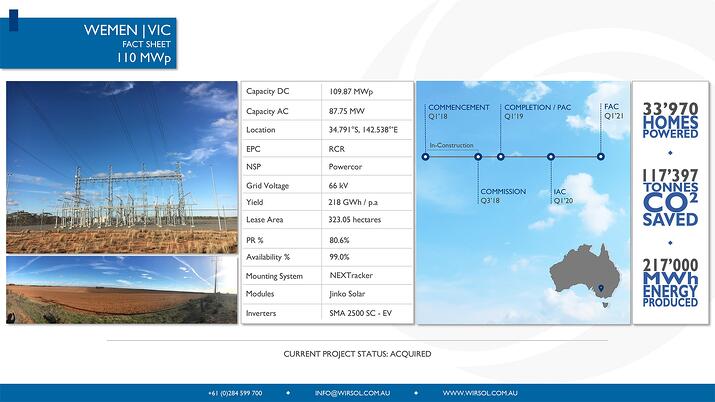 Clermont Solar Farm will have a capacity of 89MWp DC. This project was recently acquired from Epuron, just before financial close was reached.

Clermont is going to be located in Rockhampton, North Queensland. 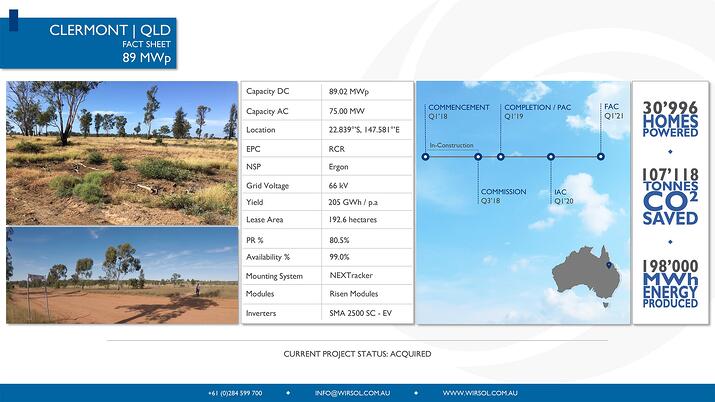 The Wemen Solar Farm and the Clermont Solar Farm have a combined investment of $375 million, with both projects expected to commence construction in January 2018 and scheduled to be connected to grid by Q3 2018.

“Adding these two project of 199MWp to our existing portfolio highlights the significant movement we have had on the Australian solar industry to date. The team here in Australia have accomplished major achievements since our entry earlier this year with no evidence of the WIRSOL movement slowing down. As 2017 ends on a hugely positive note, we are set to enter an ambitious 2018 with an impressive pipeline,” Wirsol Energy Non-Executive Director Bill Calcraft said.

The Western Downs Regional Council has given Luminous Energy’s $300 million solar project the go-ahead after a seven-week review process.