Work on the congestion-busting Devlin Street upgrade in NSW commences

This project is the first of 11 projects being delivered under the Pinch Point Program across Sydney.

The Pinch Point Program is part of the Australian Government’s $451 million funding commitment for New South Wales that will support the delivery of priority, shovel-ready projects to help boost the economy in response to the COVID-19 pandemic.

Approximately 1,000 jobs are set to be supported through the Pinch Point Program.

“Not only are we addressing the very immediate needs of local motorists, but we’re creating jobs and getting cracking on projects that are shovel ready.

“Projects funded through our Pinch Point Program will make a very real difference to people in their day to day lives,” Federal Minister for Population, Cities and Urban Infrastructure Alan Tudge said.

In addition, the State Government is contributing $569 million in funding to help improve New South Wales’ road network. This brings the total funding to $1.02 billion.

“Ryde is a rapidly growing residential, commercial and shopping district and the Devlin Street works would cater to this.

“The addition of another northbound lane will expand Devlin Street to four through-lanes, reducing delays for the more than 65,000 drivers who travel through the intersection every day,” Minister for Transport and Roads Andrew Constance said. 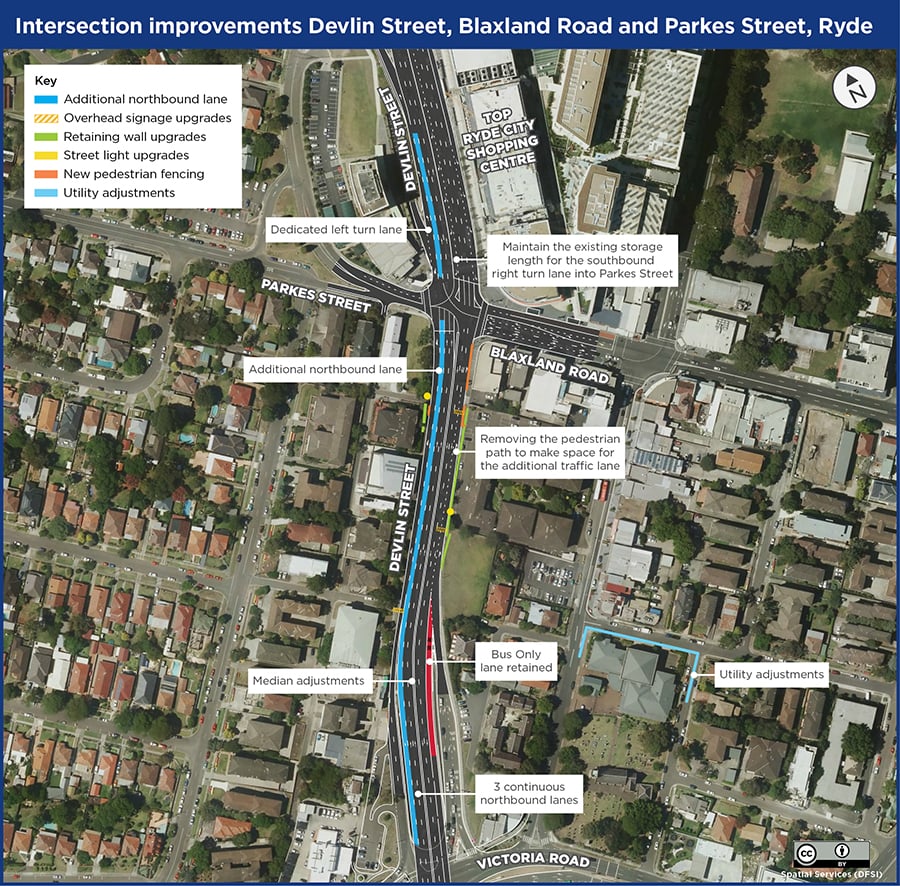 The Devlin Street project will also include upgrading the retaining wall, street light and overhead signage. While these works are getting underway, Transport for NSW will be adjusting the pedestrian fencing, drainage, utilities and medians.

Transport for NSW will also be resurfacing the road and repaint road markings.

“The works will greatly assist the movement of people and goods within Sydney’s northern suburbs which is great for businesses, families and the local economy,” Federal Member for Bennelong John Alexander said.

“This investment will help ease congestion and make life easier for residents and visitors. More and more families are calling Ryde home and it is important that we deliver critical infrastructure to cater for our growing community,” State Member for Ryde Victor Dominello said.

The Australian and New South Wales Governments are jointly funding this pipeline of works that will support economic growth, jobs creation as well as the delivery of safer and less congested Sydney roads.

Works are due for completion by late 2022.

CPB Contractors has been awarded a $170 million construct only contract by Roads and Maritime Services (RMS) for the next stage of New South Wales’ The Northern Road upgrade project.