Construction is set to commence on the widening of Armadale Road with Perth motorists set to receive traffic relief in the city’s south.

This project will see a 6.9 kilometre section of Armadale Road upgraded to a dual carriageway in each direction with Premier Mark McGowan, Federal Minister for Urban Infrastructure and Cities Paul Fletcher and State Transport Minister Rita Saffioti turning over the first sod on the project last week.

According to Mr McGowan, the Armadale road upgrade is set to improve safety, help ease congestion in the southern suburbs and create jobs for Western Australians.

“The creation of a dual carriageway and the removal of dangerous bottlenecks will lead to more predictable journey times for road users.

“2018 will be a big year for road improvements across Perth, with at least eight major road projects starting construction while many others will reach planning completion and be released for tender.” 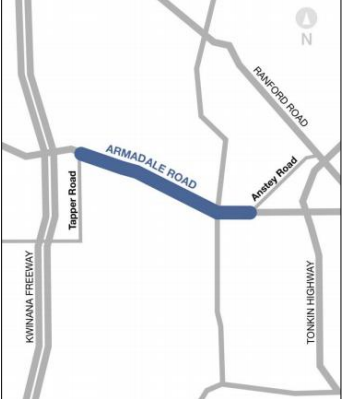 With more than 27,000 vehicles using the Armadale Road watch day between Tapper Road and Warton Road, the project will provide a safer and smoother journey according to Mr Fletcher.

“This project will support over 850 direct and indirect jobs and is an example of how the $6.8 billion investment in infrastructure in Western Australia is boosting the state's economy and creating thousands of jobs,” Mr Fletcher said.

“The upgrade of this important traffic corridor will ensure motorists and truck drivers have a safer, more efficient link in south Perth's increasingly busy road network.

“It will also transform the strategic freight route from a single carriageway road suited to a semi-rural environment to a dual carriageway urban road able to service the ongoing commercial and residential development of the area.”

Ms Saffioti said the Armadale Road project is part of a series of major upgrades that will assist in addressing Perth’s most congested roads and create much-needed jobs in the region.

“This upgrade is one of a pipeline of road projects getting underway in 2018, together worth $750 million and expected to create around 4500 jobs.”

Completion of this project is expected by late 2019 and is being constructed by the Metropolitan Road Improvement Alliance.

If you’re interested in keeping up to date with the latest Armadale Road updates, subscribe to Felix Project News today and receive industry news straight to your inbox.

Stephanie Baker
As PlantMiner's Marketing Coordinator, Steph has an array of experience covering industry projects and works on creating and maintaining content for our blog so you are receiving the most relevant project and industry news.

Construction on the massive $158 million Brisbane International Cruise Terminal at the Port of Brisbane is set to launch later this year, with two principal contractors named to deliver works on the multi-million dollar project.