Works are underway on the $170 million Airport East project in Sydney, which will deliver a new road underpass linking General Holmes Drive as well as Botany Road and Wentworth Avenue.

According to Federal Minister for Urban Infrastructure Paul Fletcher, the project will improve rail freight movement to and from Port Botany and, at the same time, improve traffic flow from the airport.

“Sydney Airport and Port Botany are two of Australia’s most important international gateways but roads in the area are increasingly congested due to the rising numbers of passengers, freight and commuter vehicles.

“Motorists who use these roads know how important the Airport East project will be to improving congestion around the airport and Port Botany,” Mr Fletcher said.

Mr Fletcher also said that once the project is completed, congestion through the area will be reduced in both the morning and evening peak hours which makes trips to and from Sydney Airport easier. 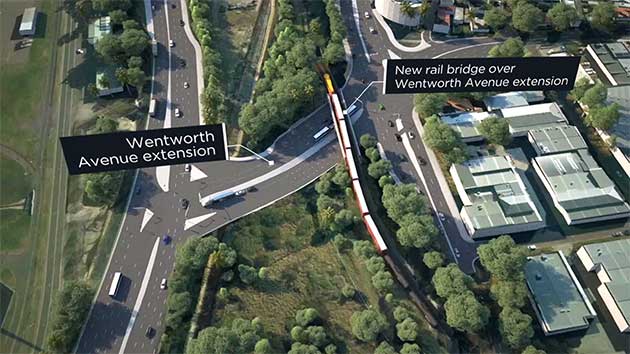 New South Wales Minister for Roads, Maritime and Freight Melinda Pavey said that the Airport East project will be replacing the General Holmes Drive rail level crossing with a road underpass liking the area to Botany Road and Wentworth Avenue.

“There will also be improvements to the Mill Pond Road intersection, along with widening of Joyce Drive and General Holmes Drive to three lanes in each direction between O’Riordan Street and Mill Pond Road,” Ms Pavey said.

Want to receive the latest industry news and project updates straight to your inbox? Subscribe to the PlantMiner newsletter today.

Negotiations to build a third station on the Airtrain line has been opened by the Brisbane Airport Corporation (BAC). The new station will provide rail access to the DFO complex as well as other facilities in the Skygate precinct.